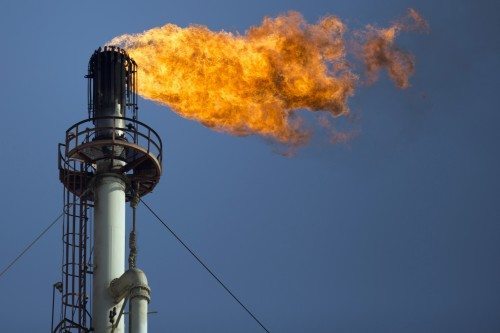 JOHANNESBURG – With inflationary pressure easing, the South African Reserve Bank (Sarb) has some breathing room to keep interest rates lower for longer, but it will probably tighten policy towards the end of the year, an economist says.

Speaking at an Absa Wealth and Investment Management road show, Miyelani Maluleke, economist at Barclays Africa, said while economic growth is expected to improve slightly during 2015, the macro environment will remain challenging.

He highlighted five key themes that will shape the economic landscape this year.

Commodity prices have been under significant pressure. Since January 2014, the price of coal has dropped 28%, while the price of iron down is down 55%.

Maluleke said the drop is causing a lot of pain for the mining sector – especially against a background of rising labour costs.

However, the lower oil price – which has fallen almost 50% in dollar terms over the same period – is good news.

Maluleke said while the oil price has picked up from lows of around $45 in early-January, the recent improvement is likely to be temporary.

Market fundamentals seem to support a lower oil price. It could fall back into the $40-band over the next month and remain in this range towards the end of the year, he said.

At the beginning of this year the expectation was for the current account deficit to narrow to about 3.7% of gross domestic product as a result of an improvement in the commodity terms of trade. But due to the recent pick-up in the oil price, the outlook is now less rosy.

However the current account deficit could still improve somewhat, which will be important in an environment where the Fed is expected to tighten rates and where global liquidity could become a lot scarcer than it has been over the past few years, he said.

This could ease the blow on the rand when the Fed does hike rates.

South African has been highly dependent on foreign capital inflows to help finance the current account deficit, but will likely be a less favourable destination when interest rates in developed markets start rising.

Maluleke said while electricity production figures are volatile, production has not increased since 2008.

Since a lot of factories had to close down in the wake of the recession and demand was contained, the economy did not experience blackouts until recently.

However, over the last few years, the level of economic activity has improved while electricity production has not. It is therefore not surprising that the country is experiencing blackouts, he said.

Maluleke said electricity problems will remain a challenge for at least the next two years and is going to be “a big constraint” on growth.

Mining and manufacturing numbers for January already highlighted the impact of electricity limitations.

The public sector wage negotiations could have serious implications for the economy.

Maluleke said unions are asking for a 15% increase while Treasury has indicated that it cannot afford more than inflation plus 1%.

Part of the local government wage agreement expires at the end of June while the gold mining sector will also sit around the negotiation table this year.

Maluleke said the National Union of Mineworkers (NUM) already indicated that it could ask for an increase of up to 100% for its lowest paid workers.

He said in an environment where commodity prices have been under severe pressure, it is hard to see gold mining companies accepting such a proposal.

Despite the five-month strike in the platinum sector and the subsequent stoppage in the steel and engineering sector last year, the number of workdays lost (around 7.2 million) was still significantly lower than it was in 2010 (approximately 20.7 million) when the public sector embarked on widespread strike action.

Maluleke said if the public sector wage negotiations do lead to a full-blown strike, it could be very costly for the economy.

But why are consumers not spending?

Almost all job creation since 2008 has been in the public sector. Although jobs have been created in the private sector, it hasn’t been enough to erase the job losses during the downturn.

“Banks have closed the tap on the consumer.”

However, National Credit Regulator data suggest that the rejection rates on new applications for credit have eased somewhat, although it is still very high, he said.

But the picture is not all doom and gloom – headline inflation is expected to be much lower in the first half of the year – partly as a result of the lower oil price.

Maluleke said lower fuel prices are expected to put back about R13 billion into the consumer’s pocket.

But the lower inflation environment is a temporary phenomenon.

He expects the Sarb to raise rates by 25 basis points later in the year, especially if the US Federal Reserve does hike rates in the middle of the year as expected.

Risks to the fiscal outlook

Maluleke said the gradualist approach to deficit reduction continues, which means that South Africa’s debt over the medium term will rise and by 2017/18 it will be almost as high as it was 20 years ago.

While Fitch will probably lower South Africa’s credit rating in June, Moody’s and Standard and Poor’s have reacted fairly positively to the budget.

But the risks remain.

“The big challenge is that South Africa is moving very close to junk territory.”

If Fitch does lower South Africa’s credit rating, it will still not be in junk territory but given the risks that exist to the fiscal outlook (especially the public sector wage negotiations) the deficits could be bigger than forecasted, which means that debt accumulation will also be higher.

Ratings agencies are not going to look favourably on this, he said.

Maluleke said with debt levels this high government won’t be in a good position to support growth in the event of another global shock.