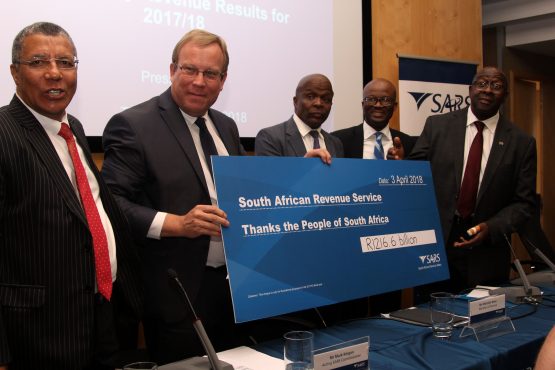 The South African Revenue Services (Sars) said on Tuesday that preliminary revenue collection figures revealed it collected a total of R1216.6 billion for the 2017/2018 financial year. According to a Sars statement, the revenue collected was still R0.7 billion short of what was forecast in the 2018 budget speech.

Grand Parade Investments’ Tasneem Carriem has handed in her resignation as the director and CEO of the group. The position of acting CEO will be assumed by Hassen Adams until a suitable candidate is appointed, according to a statement released on Sens.

Zambian health minister Chitalu Chilufya said he will lift the ban on meat imports from South Africa, except for “risky foods” – those linked to listeria from food manufacturers Tiger Brands and RCL Foods, Bloomberg reported.

Known for its rebranding and refurbishment of schools, AdvTech has gone forward in purchasing schools in Uganda and Kenya. Moneyweb reported that the value of the purchases has not been disclosed, however this forms part of its plans to expand into African markets and achieve 30% of its earnings by 2020.

5. Ramaphosa responds to ruling against Gigaba

President Cyril Ramaphosa has expressed concern over the Pretoria High Court’s ruling that Home Affairs’ minister Malusi Gigaba violated the Constitution, when he lied under oath. Gigaba insisted that he had not approved the terminal to Fireblade Aviation to establish a VIP facility at OR Tambo Airport, which the court said was not true. Business Day reported that Ramaphosa said the matter concerning Gigaba and Fireblade Aviation will be given serious consideration.