Business is ready to support government in achieving progress, not promises.
By Busi Mavuso 15 Feb 2021  11:53 There were many things I liked in the State of the Nation (Sona) speech last week. President Cyril Ramaphosa’s four priorities of defeating Covid, driving an economic recovery, making reforms to improve inclusive growth and a rapid expansion of energy generating capacity were spot on.

I applaud his commitment to amending the Electricity Regulation Act (ERA) to allow anyone to generate electricity of over 1MW without a licence. There were also positive comments on Eskom restructuring, allowing municipalities to procure energy directly from independent power producers, and plans for 11 800MW of procurement. He also said that next month we will begin switching off analogue transmitters to open the way for spectrum to be reallocated for broadband, which will trigger investment in 5G and potentially lower data costs.

The announcement of a new Water Resources Infrastructure Agency has the potential to improve the speed of infrastructure rollout in an important area, and a focus on improving port and rail capacity were also positive. The announcement of an imminent new scarce skills visa programme is also very welcome to relieve some of the chronic skills shortages in the economy.

Particularly pleasing was the president’s comments that it is the private sector that must create most jobs and that he will work with us to create a more conducive environment for that to happen.

There were also positive recommitments to improving the ease of doing business in the country, and other efforts to promote small businesses and boost youth employment.

These are all very positive and, as BLSA wrote in its reaction to the speech, we are ready to work together to ensure that they are delivered quickly. There were, however, some areas I wished more could have been said.

Everyone from Eskom to the Minerals Council agrees that the appropriate limit for the ERA amendment is 50MW. Yet the president announced that there will be a consultation on the limit.

Why not just cut to the chase and commit to 50MW and not delay things?

The positive infrastructure moves were welcome but it was notable that there was only brief mention of the Strategic Infrastructure Projects that have been the focus of previous speeches. There was also limited reference to efforts to mobilise private sector funding for infrastructure, other than through the R100 billion Infrastructure Fund. I thought the – president could have referred to the discussion in the Economic Recovery Programme of reforms to the PPP (public-private partnership) framework that National Treasury oversees.

This is a tried and tested process for mobilising private sector funding – it is ready made, though reforms could improve its functioning. Increasingly, business is coming to the view that this process already fits the constitutional and legislative imperatives for smooth partnerships between the private sector and the public sector. Yet, we are not using it.

But there are ways to get it right. For example, energy procurement could be used to foster a green industrial base, provided that procurement is gradual over time, creating a long pipeline of demand for which local producers can build capacity in tandem. We do not want a repeat of the string of collapses of solar panel and wind turbine tower manufacturers when round 4 of the IPP programme was unexpectedly delayed for years. We also don’t want to delay energy security by forcing developers to procure locally when there simply isn’t capacity to supply. The president did point to the path forward for energy procurement, saying that bid window 5 will happen in the coming weeks for 2,600MW of new production. The balance of the 11,800MW planned must be staggered so as to allow local production to scale up with it.

The one area the president did not touch on is the fiscal position of the government. Of course, this will be the focus of the budget speech in two weeks’ time (date as yet unconfirmed), but, given the enormity of the challenge of getting government finances under control, I thought he could have signalled his commitment to solving the challenge.

Fixing government finances is probably the single most important task it faces – failure would be catastrophic to our sovereignty and the economy. The entire government needs to work on doing so; it cannot be left to National Treasury alone.

I’m looking forward to working with the government to deliver on the many positive reforms that President Ramaphosa outlined. As he says, it is time for progress, not promises. Business is ready to support government in achieving that progress.

In my preview of the Sona, I wrote in Business Report that President Ramaphosa could build confidence that the state was being repaired by confirming that fighting corruption remained a priority. It was particularly pleasing, then, to hear him make corruption one of his four overriding priorities. BLSA, through its subsidiary Business Against Crime, is partnering with the criminal justice system to improve capacity and outcomes.

There are no positives. Wake up. The government is not interested in growing the economy, economic reforms or fighting unemployment.

The agenda is the destruction of white capital, the expropriation of property and more BEE.

Hence all the hand-wringing over all the simple and effective stuff they could do in a heartbeat, but never do

There are many green shoots! Very exciting time to be Alive and be in South Africa. The shares are shooting up. 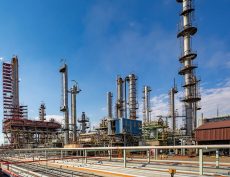