The January decreases in petrol and diesel prices are likely to be reversed.
By Adriaan Kruger 7 Jan 2022  02:46 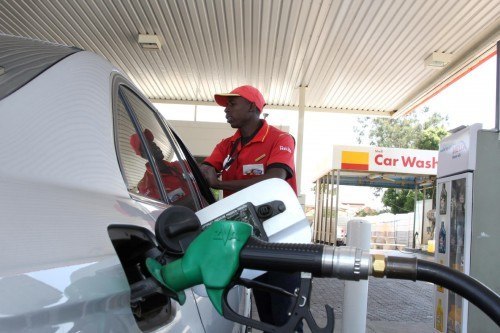 Fuel prices are still significantly higher than a year ago. Image: Moneyweb

The decrease in fuel prices for January is as welcome as the increase in December 2021 were unwelcome. But motorists should still try to save petrol as much as possible – and avoid the temptation to buy a big, thirsty vehicle – the petrol price is likely to stay high during 2022.

General consensus is that oil prices will remain at current levels for a few months, at best, and then start to increase again.

The Automobile Association (AA) noted in commentary to the recent fuel price announcement by the Department of Mineral Resources and Energy that oil prices were slightly lower during the first few weeks of December, while the rand was slightly stronger.

“The rand has strengthened against the US dollar, pulling away from the lows of mid-December when worries mounted over the economic impact of travel bans imposed as the Omicron variant of Covid-19 swept the world,” says the AA.

“The rand has since clawed its way back to around the R15.88 mark, some forty cents stronger than its mid-December low.

“Benchmark international oil prices were mostly flat through the first three weeks of December, although they climbed back above $70 a barrel on concerns over the impact of the Omicron variant,” it adds.

The AA noted that higher infection rates in the northern hemisphere may lead to lower consumer and industrial demand for petroleum products, as was seen in the initial waves of Covid-19 in 2020 especially.

“This could lead to a depressed oil price in the short to medium term. If so, that would bring some relief to South African fuel users…

“However, this should not distract from the fact that the current fuel prices are still far in excess of what South Africans were paying just a few months ago,” it warns.

The retail price of petrol dropped by between 68 and 71 cents a litre and the wholesale price of diesel was reduced by between 67.8c and 69.8c a litre.

These reductions put the inland price of 93 octane petrol at R19.36 per litre and that of higher quality diesel at R17.28 per litre.

However, as the AA pointed out, fuel prices are still significantly higher than what it used to be.

A look at the historic prices published by the South African Petroleum Industry Association (Sapia) shows that petrol was selling at between R14.16 and R14.86 per litre a year ago and that the wholesale price of diesel was just above R13 per litre.

Thus, the new “lower” petrol price is still some 32% higher than in January 2021, while the wholesale price of diesel is around 33% higher than a year ago.

Except for 2020, the petrol price has been inching upwards year after year and this year might not be different.

The oil price recovered swiftly and sharply from it 2020 crash – when it fell to below $20 per barrel – and breached $80 per barrel again.

Forecasting the oil price and exchange rate are always difficult. Getting both right is nearly impossible.

However, it is noticeable that most forecasts call for oil to remain at current levels at best, or move higher.

The US Energy Information Administration (EIA) says in its latest report that Brent crude oil spot prices averaged $81 per barrel in November, a decrease of $3 from October 2021, but a massive $38 higher than in November 2020.

“Crude oil prices have risen over the past year as result of steady draws on global oil inventories, which averaged 1.4 million barrels per day during the first three quarters of 2021. Crude oil prices fell significantly on November 26 and the Brent spot price began December below $70/b,” it adds.

“The drop in prices followed the identification of the new Covid-19 Omicron variant, which raised the possibility that petroleum demand could decline in the near term,” it notes.

The organisation says that it expect Brent to average $73/b in the first quarter of 2022. However, the price has increased to above $80 per barrel since.

While oil price increased during the last week or so, the rand also weakened. The rand dropped to R15.77 to the dollar, compared to around R14 at the beginning of December. If the current oil prices and exchange rate persist throughout January, the recent decrease in fuel prices would most likely be reversed in February.

In addition, the performance of the currency during 2022 will probably be the most significant factor influencing fuel prices for SA motorists during the year.

Meanwhile, the AA says that despite the recent January decrease in fuel prices, the current high prices must still be a driving force for a review of the fuel price structure, as well as an audit of the existing prices within that structure.

“We were pleased that our calls in this regard have reached the ears of the minister of finance, Enoch Godongwana…

“We welcome his pre-Christmas comments that the fuel price structure needs a critical re-look and we call on him to make quick work of this issue ahead of his 2022 Budget Speech in February,” it adds.

“Apart from not increasing the existing levies on fuel at all during that speech, we would also like to see an announcement on concrete plans to review the fuel price before the end of the second quarter,” it stresses.