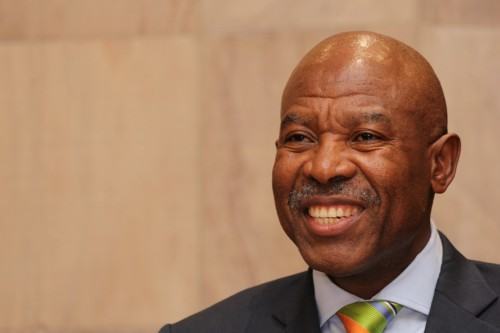 A further fall in South Africa’s rand is not necessarily a bad thing and the currency should be allowed to play its role as a shock absorber, Central Bank Governor Lesetja Kganyago said on Saturday.

Kganyago also told Reuters in an interview at the Group of 20 finance chiefs meeting that, to the extent rand depreciation was part of a global foreign exchange rebalancing, it need not be a worry.

“Our assessment of the South African economy is that the risk to the economic outlook is on the downside. It doesn’t follow that the depreciation of the rand is a bad thing for South Africa, if anything, it should spare the export sector”. and (importers),” he said.

The rand hit a record low to the dollar last month, as rising concerns about waning growth in China hit commodity-linked currencies, prompting the central bank to say it may intervene to try to quell volatility.

Currencies are a major topic at the G20 meeting in Ankara, as emerging markets such as South Africa and Turkey have been battered this year as a the dollar has surged on expectations the United States will hike rates.

Separately, South African Finance Minister Nhlanhla Nene told Reuters markets have priced in a US interest rate hike and are unlikely to see big spillovers from policy normalisation in the world’s largest economy.

“The communication and the cooperation that we’ve been having from the US has actually helped,” he said. “That is why I don’t think it’s … an issue that might have huge, unexpected spillovers.”

Nonetheless, economists expect the weaker rand is likely to fuel inflation, putting pressure on the central bank to raise domestic rates further despite an economy struggling to grow in the face of South Africa’s worst power crisis in seven years.

Kganyago said he expected that electricity constraints will begin to be alleviated somewhat towards the end of 2016 and beginning of 2017.

So every time the price of petrol goes up – I must be happy? We I buy ANY imported product I must remember this is ” not necessarily bad” – I do beg to differ

The Rand’s depreciation after the 2001 collapse was overdone in my view as the strong Rand assisted importers at the expense of local manufactures that was totally out-priced against cheaper imports. These very same local manufacturers also became non-competitive on their exports, almost a double whammy and lots of them went out of business.

Lesetja used to be a foreign exchange dealer at the SA Reserve Bank in the early nineties when the Rand came under severe pressure and we had many discussions about the level of the Rand in those days. I am convinced that he is a very astute person and will have the experience to guide the country during these telling times.

….should read the Rand’s appreciation after the 2001 collapse…..and not depreciation.

Kganyago to respond to second round effects of US Fed hike

Kganyago to respond to second round effects of US Fed hike