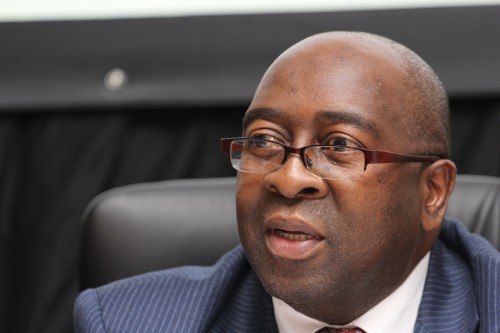 “The private sector involvement is through the independent power producers at the moment,” Nene said in an interview with Bloomberg TV’s Anna Edwards on Monday. “What needs to be worked out with regards to the utility is to ensure that government remains with a majority shareholding.”

Eskom is struggling to plug a R225 billion funding shortfall needed to help finance the construction of power plants amid an electricity shortage. South Africa has been hit by rolling blackouts every third day on average this year. The government is giving the state-owned company a cash injection of R23 billion, with the first R10 billion payout due next month.

“It’s not like Eskom is in such a precarious position that we want to do this overnight,” Nene told reporters in Johannesburg, referring to the stake sales. “We have time on our hands and it’s for that reason that we have a compromise approach, instead of just rushing.”

While there had been some discussion in the past about a 30% limit on private-sector ownership, talks are still ongoing and “will depend on appetite.”

Mmusi Maimane, leader of the main opposition Democratic Alliance, told reporters in Johannesburg on Monday that the government needs to privatise Eskom to address the energy crisis.

“If we are really going to address the supply of energy into our economy, we must allow Eskom competition,” he said. “If we don’t allow that competition to take place, Eskom will continue to hold us ransom.”

The government may raise funding for Eskom by selling its 13.9% stake in Johannesburg-based mobile-phone operator Vodacom Group Ltd., five people familiar with the matter said in February. That’s valued at about R30 billion at Vodacom’s current share price.

Nene has committed to keeping public spending under control to avoid further credit-rating downgrades, restricting the government’s ability to bailout state-owned companies. The budget deficit is forecast to drop to 2.5% of gross domestic product by March 2018 from 3.5% last year.

South Africa isn’t close to a credit rating downgrade to junk as the government sticks to its expenditure limits and keeps debt under control, Nene said.

“I am confident that we are not that close to junk rating,” Nene said on TV. “The fiscal package we reaffirmed during our budget in February is on the path of fiscal consolidation.”

Moody’s Investors Service rates South African debt at Baa2, the second-lowest investment-grade level. Standard & Poor’s, which will publish its assessment next month, has a rating one level above junk.

Moody’s sovereign analyst, Kristin Lindow, said in an interview in Cape Town on Monday that the likelihood of a rating change for South Africa in the next 12 to 18 months is “quite neglible.”

The February budget estimates that gross debt will reach 47.7% of GDP in the fiscal year through March 2018 from a projected 47.4% last year.

“Fiscal space has continued to be eroded by rising debt and we recognise that action needs to be taken and taken immediately,” Nene told reporters. “Interest payments are the fastest growing element of spending, taking about 12% of our revenue. As our economy recovers, so will the revenues.”

Nene said his GDP growth forecast of 2% for this year already takes into account the energy shortage as well as the generation of about 800 megawatts of power from the first unit of Eskom’s newest plant, Medupi.

The rand has slumped 13% against the dollar in the past year as the growth outlook weakened and the U.S. Federal Reserve moves closer to raising interest rates, reducing investors’ appetite for emerging-market assets. The currency fell 0.7% to 11.8786 against the dollar as of 3:20 p.m. in Johannesburg.

Nene said South Africa has room to adjust interest rates if the U.S. tightens monetary policy. The Reserve Bank has kept its benchmark interest rate unchanged at 5.75% since raising it in July.

“If you look at where our interest rates are at now, they are at a moderate level so they can take a movement,” Nene said.