The goal of the recovery plan is to cement investor confidence by pushing through ‘shovel ready’ projects.
By Larry Claasen 29 Sep 2020  00:01 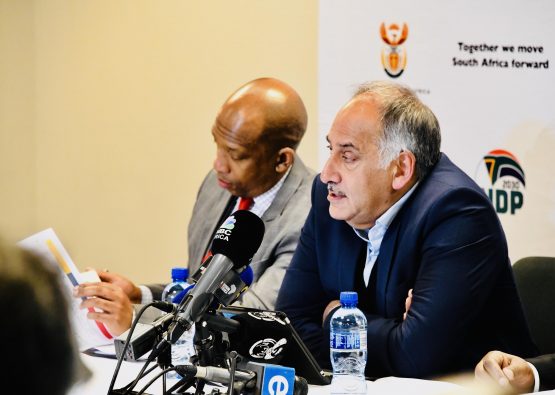 Covid-19 has taken a heavy toll on the economy and the government, along with the private sector, has been working hard to come up with ways to address the fallout of this crisis.

This has seen the state, civil society and organised business and labour come up with a so-called recovery action plan in the National Economic Development and Labour Council (Nedlac). The goal of these efforts is to cement investor confidence by pushing through ‘shovel ready’ projects, which will have a noticeable economic impact.

The plan has been presented to President Cyril Ramaphosa but is yet to be made public.

Coovadia says the negotiations saw the participation of at least four ministers, the top leadership of Busa and the secretary generals of National Council of Trade Unions, the Federation of Unions of SA and the  Congress of South African Trade Unions.

“It was at a high level. It was taken very seriously. We put in a lot of hours in getting the document together,” Coovadia says.

He adds that the country’s largest economic actors understood the scale of the Covid-19 crisis, and appreciated the need for quick action. “It is very significant that all social parties have agreed to what the critical implementables are in the short-term.”

Although there was buy-in from all participants, Coovadia was hesitant to call what they put together a ‘plan’. “The document has been touted as an economic plan, but what it actually is, is a series of short-term implementables that government can implement almost immediately.”

It will not require new legislation or policies and largely just needs the government to implement programmes it has already agreed to, like the allocation of high-value radio spectrum and giving the go-ahead to expanding the number of independent renewable power producers.

Nedlac executive director Lisa Seftel pointed out that much of what has been proposed was drawn from the 2018 Job Summit and will be implementable within six months.

The document, as Coovadia calls it, is just the first phase of putting what Ramaphosa says is putting in place a new socio-economic compact. The president sees the Covid-19 crisis as an opportunity to restructure the SA economy in a way that brings more people into it.

Even prior to the Covid-19 crisis SA’s economy was stagnating. It had just gone into recession and unemployment was stuck at about 30%.

Seftel points out that such a compact will not be a once-off creation by the participants in the negotiations, but something that will continuously be worked on.

“The social compact is both a noun and a verb. It’s something the plan addresses but it’s also something that will continue to be worked on.”

Coovadia makes the point that though all the major economic actors agree that a such a compact is a move in the right direction, he says the state should not hesitate in taking the lead. “A compact should not be seen as something that takes the lead on decisions; the government needs to take decisions on implementation.”

The government must not be afraid to disappoint some constituencies when it comes to implementing long-awaited economic changes, he says.

“We will see the compact as a mechanism to consult with critical stakeholders, but not necessarily to look for consensus on every issue.”

He says to bring about such a new compact, the government still has to face up to the fiscal challenge. “This is where some of the tough discussions will happen.”

The challenges Coovadia speaks of are stark. Mboweni pointed this out in his supplemental budget that if the country did not get its spending under control, it would not be able to service its debt.

Pres CR is living in the past. The endless consultation was needed pre-94.

What is needed now is action and results, not more talk.

The influence of the unions is way too much in the above panel. The unions are good with worker concerns but they cannot run an economy.

No. They don’t understand the nature of the beast. Collectivists need consensus because it offers them the hiding place of unaccountability. If they allowed a person in a specific position to make the call, then that person will be responsible for the results. Since there will always be some faction who will be aggrieved by the decision, they will demand that this individual be fired or redeployed. When you have a loose conglomerate of opposing factions with opposing interests in the same organisation, then any pragmatic and efficient decisionmaking process will cause the breakup of the organisation. Efficiency and accountability will expose and destroy the false “unity”.

They pretend to be united although they are worlds apart. The only thing that unites them is the common quest to plunder the shared resources of the nation. Like the factions in the Mafia, they can divide the opportunities for plunder among themselves in a process of consultation and consensus. Otherwise, they shoot one another.

A free market entrepreneur does not need consensus. He acts swiftly according to his conviction because the buck stops with him anyway. Collectivist share common interests and they have to divide those interests through a process of consultation and consensus, otherwise, they will be stealing from each other.

Agree wholeheartedly. But Ramaphosa is afraid to lead. From his perspective upcoming elections and appeasing voters – unity of the ANC, not SA – comes before all else!
Besides the fact that cabinet ministers have no clue how to implement anything (except bankrupting an airline using other people’s money.)

Shovel ready at a time when most shovels have been stolen …

By the time the Collectivists get consensus the whole environment has changed and the decision is pointless. A school teachers once said “he who hesitates is lost”. That is so true.