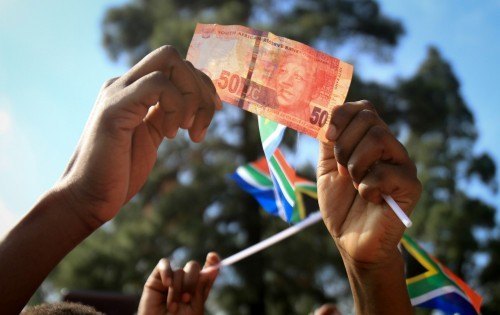 JOHANNESBURG – The number of South Africans who use their bank account simply as a storage tool – making one withdrawal a month and then transacting using cash – rose to 11 million in 2015 from 9 million in 2014, indicating poor financial inclusion, a recent study finds.

FinScope South Africa, an annual consumer survey conducted by UK aid-funded FinMark Trust, finds that 84% of adult South Africans (16 years and older) are formally served by the financial services sector, either through a bank account (77%) or a non-bank financial product.

The quality of that financial inclusion is questionable, however, with an alarmingly low 31% of survey respondents saying that when buying a product or service it is explained to them. By implication, nearly 70% of people are receiving no or very little information about the financial products and services they use.

Just 44% of respondents said they are satisfied with the financial products and services they are using, with only 43% stating that since using financial services they feel much more in control of their finances.

“This is not necessarily about creating another product but helping people to navigate existing products in a more opportune way,” said Rob Powell, CEO of consulting company TNS South Africa, which conducted 5 000 face-to-face interviews between July and September as part of the research.

The Q-FIM finds that 50% of South Africans are “thinly served” – i.e. they have a “non-optimised portfolio of financial products” across transactions, credit, insurance and savings.

Twenty-eight percent are moderately served, while 22% are adequately served in that they have a balanced portfolio of products suited specifically to their financial wants and needs. For the first time in ten years there has been an increase in the number of people saving, which may be as a result of the drive behind tax-free savings accounts (TFSA), Powell suggested.

While a high 64% of adults do not save at all via either formal or informal channels, this figure has encouragingly dropped from 68% in 2014.

Most saving is for short-term, immediate needs and 56% of salaried people do not have any long-term savings.

Interestingly, people appear to be saving and borrowing for similar reasons.

Forty-six percent of people said they were accessing credit via formal channels, compared with 36% last year, with unsecured loans the driving force behind the increase in credit access. Overall, informal product usage fell from 56% in 2014 to 52% in 2015.

The survey highlighted a considerable decline in insurance (read more here), driven in part by a significant drop in funeral and burial cover.

According to Powell, people are not as engaged attitudinally as they could be, highlighting the need to address gaps between what people actually need or want and what financial services is able to offer them.

“Inclusion is no longer about access but rather about optimising peoples’ product usage,” Powell said.