Among the factors it considers are the strength and predictability of political institutions; GDP growth prospects; the fiscal position; external liquidity; and monetary flexibility.

Where there are inconsistencies in the data published by domestic institutions, S&P holds “regular meetings” with the Treasury and Sarb to question the variability of data and settle on the “right data point”, Esters said.

In countries where local data is not reliable, S&P uses figures from the International Monetary Fund (IMF), he noted. “In South Africa, primarily domestic sources are used.

“When forecasting, we take our own view,” he added.

Who pays for the rating?

The sovereign pays for the credit rating, since it is based on a contractual engagement by the issuer. This contractual arrangement, Esters said, ensures a regular exchange between the sovereign and the agency, as well as access to information and ongoing meetings.

S&P does rate some sovereigns on an “unsolicited basis”, according to Esters, particularly where banks and corporates are rated within the sovereign, in which case a sovereign rating is required.

Who decides on the rating?

London-based Ravi Bhatia is S&P’s primary analyst for South Africa. Sovereign rating teams generally involve two to three people, including a banks analyst, Esters said. “The key team working on the sovereign rating present [their findings] internally, but the ratings action is not taken by the team,” he explained.

A “group of senior analysts globally” look at the recommendations made by the team and make the final decision. They compare data and recommendations between similar regions. “There are many views,” Esters said.

According to Esters, anyone with some background in credit rating and the same data points should arrive at the same rating “within one or two notches”.

S&P’s European chief economist, Jean-Michel Six stressed that financial market regulators regulate S&P and the credit rating industry more broadly in the countries where it operates. “They [the regulators] have the power, authority and ability to check there are no conflicts between analysts and the credit ratings they are working on. They have the power to ask for minutes from meetings to understand our methodology. They can check on the process, which they do often,” Six stated.

Sovereigns are notified about a day before the rating action takes place on what the details of the action will be, Esters said, so it is “not a complete surprise”.

A draft of the publication is usually sent to the country’s Treasury but sometimes the central bank – giving them an opportunity to correct any factual errors or make an appeal.

“They can appeal the decision, but it is our decision whether or not to accept the appeal,” Esters said. Generally, S&P will only accept an appeal where new information is brought to light that was not available before and might change the ratings action or outlook. “There must be substance behind the appeal,” Esters said, suggesting a straightforward difference of opinion would generally be insufficient to sway the ratings agency.

S&P is scheduled to rate South Africa in June, after downgrading it last year to BBB- (one notch above junk status) with a stable outlook.

Esters said he does not expect South Africa’s credit rating to change in the next 24 months.

“The strengths and vulnerabilities from a sovereign ratings perspective have not changed,” he commented. The strength of South Africa’s institutions give positive support to its rating while external debt and assets are in “fairly good shape despite the current account deficit”, Esters said.

S&P also considers South Africa’s floating exchange rate to be a positive, as it enables it to adjust to external shocks and exchange rate volatility, Esters said.

Public sector wages, funding the electricity shortfall and the drain on government finances that other state-owned enterprises present, remain risks to the fiscal outlook.

Ester said that external imbalances and the funding of the current account deficit – which is heavily reliant on notoriously volatile portfolio flows – remain two of the greatest risks to South Africa’s credit rating.

S&P economist Six, meanwhile, forecasts a “gradual recovery” and “more positive scenario” for the South African economy in 2016 and beyond as growth picks up.

The more important question however is: “Is the average S&P rating more accurate at predicting risk than the market, e.g. credit default swaps ?”

I seriously doubt it.

I think they should help to come with solutions or advice to help our country as well. 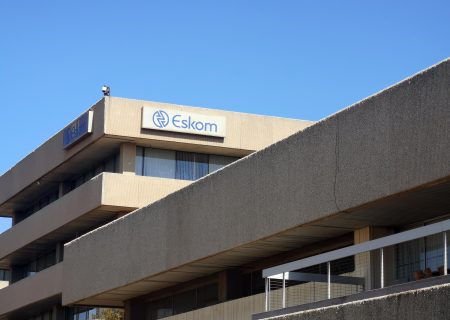