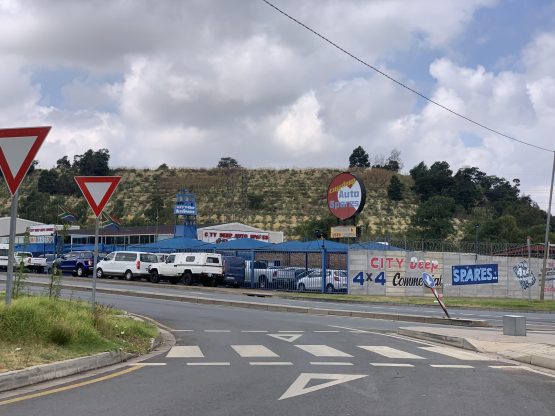 “There is a lot of scepticism out there but we are starting to see the green shoots of the government’s drive,” said Afrimat CEO Andries van Heerden on Thursday.

“In our experience, it’s not as fast as we would all like to see it, but it’s there. We definitely see upticks. We can see the president is serious about the infrastructure drive,” he said.

Van Heerden’s comments follow Moneyweb earlier this week reporting that a lack of confidence in the government’s ability to deliver on its promised multi-billion rand infrastructure investment plan is being reflected in the lack of any major movement in the share prices of JSE-listed construction- and construction material companies.

Construction market intelligence firm Industry Insight said its contractors index fell by 8.1% in September 2020, as confidence in the government’s ability to deliver on promises dries up.

Industry Insight senior economist David Metelerkamp added that there has been much hype about large scale infrastructure stimulus and so-called shovel ready strategic infrastructure projects over the last few months but, to date, it has been all talk with very little action, apart from the recent launch of the R84 billion Mooikloof Mega City Development.

Van Heerden said the infrastructure investment it is seeing is not necessarily in the big SA National Roads Agency (Sanral) contracts.

Afrimat is seeing a lot of new work on resurfacing secondary roads that is driven by provincial and local governments, largely in KwaZulu-Natal, and a lot of housing projects coming out in the Western Cape and KwaZulu-Natal and a few also in Gauteng.

Its marketing department in the Western Cape is working on 25 new tenders, he said.

Van Heerden said there is a little bit of activity by Sanral in KwaZulu-Natal, but stressed that “Sanral is not the be-all and end-all of construction in this country”.

It’s much wider than that.

Van Heerden admitted the contribution of construction to GDP in South Africa has been negative in the past year, but believes it is going to turn around on the back of the presidential infrastructure drive.

Van Heerden was speaking after Afrimat reported solid interim results for the six months to end-August despite the impact of the Covid-19 pandemic.

He said the Covid-19 disruption was countered by Afrimat’s diversification strategy and the implementation of proactive measures to manage and minimise the impact of the pandemic, bolstered by cost reduction and efficiency improvement initiatives.

Bulk commodities accounted for 92% of Afrimat’s operating profit in the six-month period, with industrial minerals accounting for 7% and construction materials 1%.

Van Heerden said the performance of the construction materials business was exceptional, considering that it was in a hard lockdown and did not have any revenue for six weeks, followed by a very slow ramp up, and still made a positive contribution.

He said the same applies to the industrial minerals business.

Not all sunshine and roses

Van Heerden said there seems to be a very negative sentiment in South Africa about construction materials, which in a certain sense is unfair.

He said a lot of the fallout among the big construction and construction material players is not because of South Africa, but because of mistakes that were made in other countries in Africa that came home to bite them.

“It’s not all sunshine and roses but it’s not as bad as everybody is trying to make out, and looking at what our business is doing in this space, it shows that a lot of things are happening there,” he said.

Cash and cash equivalents at end-August improved by 170% to R330.6 million.

An interim dividend per share of 36 cents was declared.

Fraser said Afrimat’s financial performance in the second half of its financial year could be up a lot from the first half, considering that all the businesses are now operating and the volumes of the iron ore business could not have been that great with it operating at 50% capacity for part of the Covid-19 lockdown.

“The business is hooked up and in a good space, and it doesn’t look expensive,” he added.

Van Heerden confirmed there is limited clarity on the future impact of the Covid-19 pandemic but that the group has recovered from the initial impact and is poised to deliver a strong performance in the second half of the year.

“We are also well positioned to capitalise on our strategic initiatives and future opportunities, with prospective growth continuing to be driven by the successful execution of our strategy.

“Recent and current acquisitions are bringing a wider product offering to the market. This is likely to include expanding the industrial minerals range, and possibly exploiting opportunities in the construction materials sector.

“Right now there are fantastic opportunities in all of these sectors and it’s actually a little bit like a kid in a candy store right now with all the opportunities out there.

“However, we will remain true to our expertise and remain conservative in our approach to our balance sheet,” he said.

What happens when the government run out of money? But then again, the ANC is in charge, and tends to look after its own.