JOHANNESBURG – Over the last few years, markets have almost become accustomed to a world where Central Banks run the show.

Several equity markets (including South Africa’s) have risen to new highs as the US Federal Reserve’s quantitative easing (QE) programme fuelled an increase in liquidity. The search for yield intensified.

As the Fed tapered its QE programme towards the end of last year, Japan announced measures to expand its bond-buying program aggressively. The European Central Bank (ECB) also came on board in January promising €60 billion of asset purchases monthly.

When the ECB’s programme commenced early in March, it saw European bond yields dropped to record lows. In some instances yields even turned negative.

This meant that bond buyers who previously made money from their investments, now had to start paying bond issuers to keep their cash.

Speaking to Moneyweb on a visit to South Africa, David Zahn, head of European fixed income at Franklin Templeton’s Fixed Income Group, said QE is a tool Central Bankers use when they can’t use interest rates anymore.

He expects QE in Europe to continue for a couple of years.

“I think in Japan QE will be around for a bit longer,” he said.

Other countries like Sweden and Denmark have also turned to QE in an effort to kick-start their economies.

Zahn said until economic growth improved and inflation started to increase, QE would probably be something investors would have to live with.

This is one of the reasons why the US Fed is cautious in raising rates too quickly. It wants to ensure that it doesn’t need to institute a QE program again in the future.

Zahn said the “real interesting time” would be when everybody tries to exit their QE programs and the era of liquidity ends.

“But I think that’s many years down the road,” he said.

Even with the Fed having completed its QE program, increasing amounts of liquidity is still being created elsewhere in the world.

“I think that’s really what investors should focus on because of course money is fungible – it goes wherever it finds investment opportunities,” he said.

Zahn said right now QE is the right policy for the various countries in which it is used, but warned that it may cause “imbalances” in future.

Over the past few weeks all eyes have been on the US Fed for an indication of when it plans to start raising rates. Chair Janet Yellen calmed the waters when she said the Fed would not be impatient in its approach.

As long as US interest rates don’t go up too aggressively, European yields can stay low. The ECB’s QE program will probably also reduce volatility and weaken the currency, Zahn said.

He said in this environment investors will be looking for yield. In terms of fixed income investment, they will start to look at Central Eastern Europe, at corporate bonds and at peripheral debt such as Italy and Spain. The big challenge is at the short end of the curve where certain government bonds have negative yields, for example in Germany and France.

ECB vs US Fed

Zahn said the ECB program is much more technical in nature than the US program as different countries will be buying different debt. The Fed was just focused on one bond market, the US Treasury.

Although the ECB will try its best to avoid distortions, it will inevitably happen, he said.

Zahn said in the fixed income space, the opportunities in Europe are probably greater than they were in the US, because there are so many moving parts to the program.

Moreover, the Fed never got to the point where it was buying more bonds than the government was issuing. In terms of relative size however, the ECB’s program is significantly smaller.

The fact that interest rates are currently at the lowest level in the 320 year history of the oldest currency on earth, the Pound Sterling, implies that the financial health of the banking system is at the worst level in 320 years. 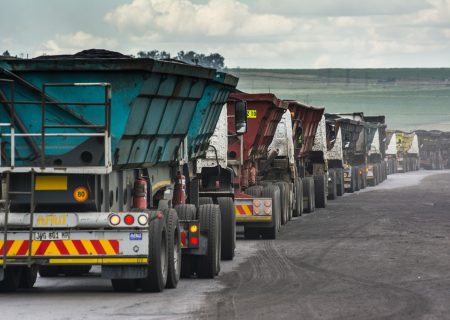