A package of investments worth more than R26 billion in South Africa’s oceans economy, and that will create hundreds of new jobs, has been unveiled by Transport Minister Fikile Mbalula.

These investments will result in:

Speaking at an event at the Port of Durban on Monday, Mbalula said these critical investments will contribute towards advancing South Africa’s interests through Operation Phakisa. 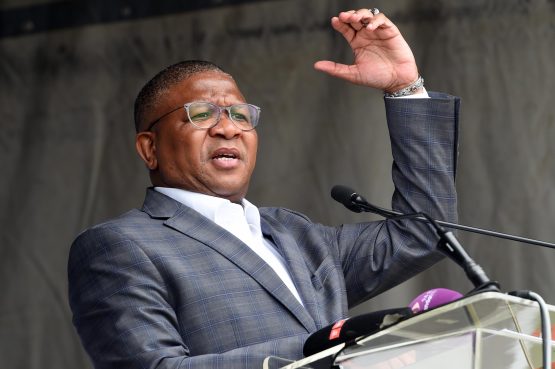 Operation Phakisa is an initiative of the South African government that is designed to fast track the implementation of solutions on critical development issues.

“To date, working closely with the Minister of Public Enterprises and the Transnet National Ports Authority, we have given a green light in respect of a number of investments in the ports, which will deliver tangible economic dividends and place South Africa on a sustainable growth path.

“These are some of the investments that the president, through the Investment Conference, has already announced. What we are doing is to actualise what has already been announced,” he said.

Read:
Gordhan wants Transnet to secure R100bn infrastructure investment into SA ports
Port of Durban to be repositioned as a hub for the continent

Acting Department of Transport director-general Mthunzi Madiya said Mnambithi Terminals is a greenfield project and they have already done the feasibility studies for the project.

“They have promised us that in six months from now they will start the process of building the terminal, which will take about 18 months to be completed,” he said.

Madiya said the other two applications are for brownfield projects that are currently operating, such as Dormac and Hillside Aluminium, which just needed their leases to be renewed.

“So it’s business as usual for those two,” he said.

He added that the Strategic Fuel Fund investment is of national importance as it responds to energy policy and the energy security of the country.

Mbalula said the investment by Mnambithi Terminals aims at contributing towards sustainable job creation during the construction and operations phases of the project.

Mbalula added that the $26 million maritime vessel that is part of Mnambithi’s investment, is the first chemical tanker to be acquired by a South African company and will soon be flagged locally.

He said Hillside Aluminium stands at the apex of South Africa’s aluminium industry and is therefore one of the major contributors to the country’s economy.

“Their investment further supports the competitive existence of a downstream aluminium industry directly employing approximately 11 600 people permanently, while contributing to the indirect formal employment of 28 500 people,” he said.

Mbalula said Dormac employs 136 employees and its investment will preserve these jobs.

“These investments are a catalyst towards the realisation of tangible economic interventions and improving the competitiveness of our ports and growing the sector contribution to economic reconstruction and recovery.

“Our ports infrastructure has been identified as a strategic area to drive government objectives of economic inclusion, particularly in relation to the participation of the historically disadvantaged communities in the maritime sector, including women and youth,” he said.

Mnambithi Group Executive Chairman Vusi Mazibuko said the investment in the terminal is to allow it to store some of the “high flash” chemicals it transports between South Africa and South East Asia through Singapore and India.

These “high flash” products include edible oils and caustic soda, he said.

“We are excited about this project and want to commend the government for assisting and facilitating our strategy of shipping and storing some of those chemicals into the country and outside the country.

“We have got some significant customers and clients, including some listed companies like Sappi and others that will be coming in.

“We plan to increase our investment in the maritime space and are quite excited by the growth and the opportunities that South Africa and the government has provided for us,” he said.

Dormac CEO Christopher Sparg said their investment is for the future of their trainees and apprentices and involves a 20-year horizon for the business.

Sparg said the floating dock was a R400 million investment that the company undertook in 2016.

He said it had been named Dormac Dock 1 for a good reason because it is their intention to continue to expand.

A South32 representative said it is good partners with Transnet and Eskom and continued to pump millions of rands into the economy and have plans to further boost the economy.

“There are also going to be discussions with government about PPPs [public private partnerships] where we are going to invest a further R3 billion plus in the rail space,” he said.