Is South Africa heading for a debt crisis? 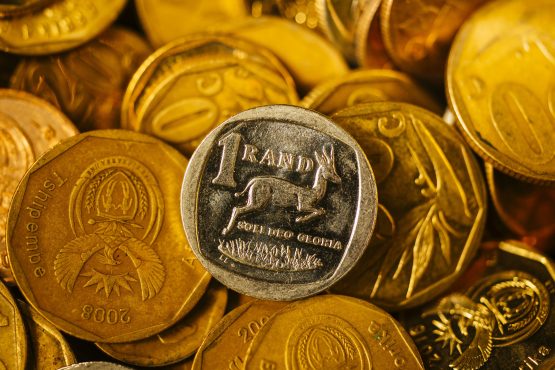 A weakening of the exchange rate will make the cost of servicing foreign debt more expensive. Picture: Waldo Swiegers/Bloomberg

The mounting financial burden South Africa is facing cannot be dismissed as unworthy of serious consideration, nor reduced to a simple solution, such as printing more money.

South Africa is facing a few financial hurdles, not least the mounting foreign debt and the financial demands placed on government by state-owned entities (SOEs). The painfully slow release of March financial results for SOEs is keeping us in suspense. However, the financial status of those that have been released show a horrifying picture of complete reliance on government guarantees and bailouts in order to stay in business. If these are not brought under control, South Africa could be dragged to the edge of a financial cliff.

An overriding concern is the government’s US dollar-denominated gross external debt, which at June was $58.8 billion. Public corporation foreign debt, totalling $20.4 billion, should be included as it is guaranteed by government. At an exchange rate of R13.39 (at time of writing), this amounts to R1.1 trillion. Total external debt is $152.8 billion (R2 trillion). Foreign direct investment of $1.9 billion pales in comparison.

Servicing South Africa’s rand-denominated debt becomes more expensive with every downgrade, as higher yields will have to be paid on the bonds to compensate for the risk of default. The yield on a ten-year government bond is currently 8.5%.

The government debt-to-gross-domestic-product (GDP) ratio, an indicator of the country’s economic health, was 51.70% in 2016. In 2008 it was 27.80% of GDP. There is some debate in regard to an optimal government debt-to-GDP ratio, however, a continuing upward trajectory of this ratio would be adversely noted by the rating agencies.

A weakening of the exchange rate will make the cost of servicing foreign debt more expensive. There are a number of external factors largely outside of South Africa’s control that impact the exchange rate, for example, quantitative easing, the growing tension between North Korea and the US, and the swings and roundabouts of the emerging markets. The internal political uncertainty, both positive and negative, adds to the roller coaster effect.

A one year graph shows a steadily strengthening rand, interspersed with volatile swings – a financial planner’s nightmare but a speculator’s dream.

The 14-point plan announced by Minister of Finance Malusi Gigaba was met with a wall of criticism, and is unlikely to do much to revive the economy. The latest figures from manufacturing and mining production are not promising, coming in less than projected, and showing a decline from the previous year. None of this augurs well for earning foreign currency. 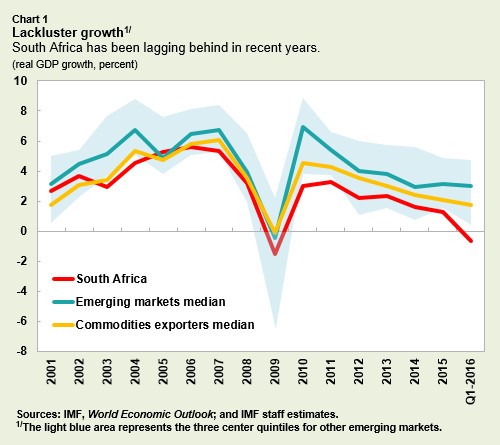 Can the debt problem be solved by printing more money? It is useful to look at the chart prepared by the Bank of International Settlements (BIS) showing the most traded currencies by value in 2016. The BIS is an international financial organisation, has 60 central bank members, and represents countries that make up about 95% of world GDP. The value would be represented in dollars, but for each currency trade there is a currency pair. Representing only 1% of global trade by value, it is evident that the rand does not have much clout as an international trading currency. And as South Africa is not a self-contained fully sufficient bubble, and is heavily reliant on foreign debt, printing more rand will merely devalue the currency.

The SOEs must urgently be placed under prudent financial management as the government can no longer afford to bail them out.

As long as funding can be sourced from abroad, South Africa will not run out of money. However, the rising cost of servicing this debt will leave little to spend internally.

There are clear danger signals ahead:

Urgent solutions need to be considered:

Scary!
And for the tax payer a source of intense anger – the SOE scenario!

All the chickens coming home to roost! The party the ANC has had at the expense of the SA taxpayer is now well and truly over. Are we going to face the consequences and fix i.e sort out the corruption, sell off SAA, cut Eskom and open up electricity, reduce tax, sort out labour laws, drop BEE etc or are we going to carry on and drive over the cliff?

The *$5hzz is about to hit the fan. Its just a matter of time!

Yup, why should we worry! The Gupta-empire can “buy into” any SA debt, and fund our loss-making state for all of SA. They control it after all…

(A lot of fiscal similarities here between the ANC-govt and the “last days” of the Apartheid-govt, where the latter was forced….by economic reality…to throw in the towel as the Angolan-war became increasingly unaffordable for the state).

The “ANC’s armed struggle” did not make much of a difference to establish the freedom we enjoy today, rather it was economic isolation from the global stage / external factors that suffocated the evil state 😉
Example: The State of ISRAEL….without any economic/military support from the US and the west, Israel would’ve capitulated long ago against Muslin countries surrounding it…but they survive as a small country against overwhelming odds. Don’t underestimate international support.

Am closing off with wise words from Archbishop Desmond Tutu a year ago aimed at the ANC: “Watch out! Am am warning you…watch out! Watch out!!

Interesting analysis. So much hangs on the value of the rand and the drivers for rand value seem too complex or opaque to determine. For now it seems like perhaps national government actions are almost discounted out of effecting the rand. But if external factors cause a shift back towards R16/$ this coupled with the very sluggish domestic economy would seem from the analysis to land SA in a nasty situation. In the short term Finance should call it quits and close seemingly ‘no-hope’ SOEs like SAA. They should look at the recent Alitalia and Air Berlin experiences where Etihad have suspended all funding as an indication of how difficult airline rescues and turnarounds are. On the current trend, in the medium term the highly progressive tax system and levels of total government employment may not be sustainable. So neither redistribution nor inequality seem sustainable – which isn’t a pretty situation.

anc too blerrie stupid and corrupt to do the correct thing.

What’s the problem? Let’s just ignore it, like we do with everything else.

…I would love to hear our esteemed president try to pronounce that figure! 😉

Bound to happen with a government with NO ECONOMIC plan and many more reasons to mention.

I see a HAPPY trend to borrow more, the TAX payers will pay for the DUBAI life in the next 100 years.

If the government had listened to Clem Sunter in the early 1990’s and internalized his teachings and heeded his presentation the country would not be in this mess, but, no they preferred to behave like ostriches – shame on the ANC

Interestingly, RW Johnson’s book “How Long Will SA Survive”, describes this event as:

“This is where the irresistible force (i.e. the ANC) meets the immovable object” (IMF’s conditions / economic reality).

The Moneyweb author describes it as a “financial cliff”…but things tend to happen slower or more drawn-out in SA….perhaps just a slide down a gradually sloped hill…ending “kaalgat” at the bottom.

Is it possible for Moneyweb to reproduce this article but present the comparative figures for 1994? Thank you.