The monetary policy committee increased the rate by 50 basis points to 7.5%, Governor Patrick Njoroge said.
By Eric Ombok, Bloomberg 31 May 2022  07:09 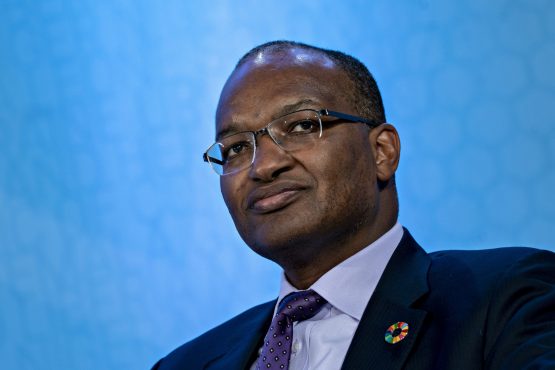 The monetary policy committee increased the rate by 50 basis points to 7.5%, Governor Patrick Njoroge said in an emailed statement Monday. That’s the first increase since July 2015. None of the five economists in a Bloomberg survey predicted the move.

The decision was taken because of “elevated risks to the inflation outlook due to increased global commodity prices and supply chain disruptions,” Njoroge said. 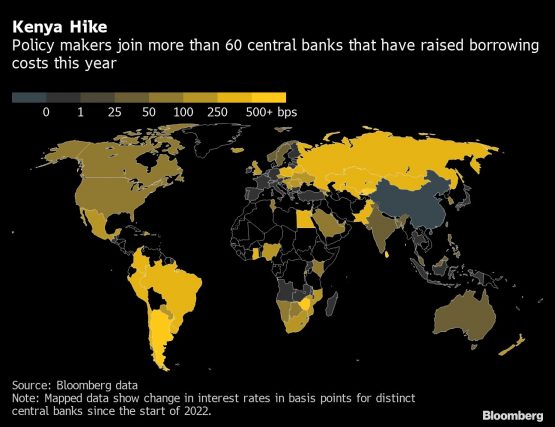 Three surveys conducted ahead of the MPC meeting showed respondents remained concerned about rising inflation, the impact of the war in Ukraine on commodity prices, supply chain disruptions, and increased political activity, the governor said.

Elevated credit risk and mounting price pressures due to a prolonged drought in parts of the East African country, a shilling that’s trading at record lows and choked supply chains prompted a bankers’ lobby group last week to urge the central bank to hike the key rate.

Inflation quickened to 6.5% in April, edging closer to the central bank’s 2.5% to 7.5% target band. A separate Bloomberg survey of 10 economists project annual inflation will average 6.5% this year, compared with a previous forecast of 6.2%.

“Given the pressures on both forex and inflation, raising the policy rate was the right thing to do,” Razia Khan, head of research for Africa and the Middle East at Standard Chartered Bank, said in an emailed note. It sends the right message on the Central Bank of Kenya’s prioritisation of price stability, she said.

Kenya’s central bank joins regional peers from South Africa to Nigeria in raising borrowing costs to curb price growth and attract investors seeking returns in less risky markets in the US and Europe.

The rate increase may help prop the shilling and anchor inflation expectations, but potentially slow economic growth and draw criticism from some politicians ahead of elections in August. Kenya’s Parliamentary Budget Office projects expansion of 4.9% this year, compared with 7.5% last year.

While the MPC sees an adverse impact of the ongoing war in Ukraine and other global disruptions on the economy, it expects it to remain resilient in 2022, Njoroge said.