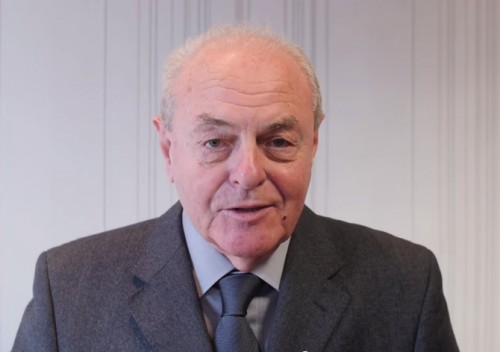 JOHANNESBURG – The success of the King IV Report – the latest corporate governance standard and the successor to King III – hinges on companies being held accountable by those who use their integrated reports and disclosures, says Ansie Ramalho, King IV project lead at the Institute of Directors in Southern Africa (IoDSA).

“This is why there is such an emphasis on disclosure in King IV, in order to ensure that those users are able to do so,” Ramalho told IoDSA members and media on Tuesday at the launch of the draft of the King IV report, which is now open to public comment.

The King reports on corporate governance are so named because of the involvement of former High Court judge, Mervyn King S.C.

King is an internationally acclaimed expert on corporate governance, and chairs the International Integrated Reporting Council. He is past chairman of the steering committee that reviewed governance and oversight at the United Nations (UN).

King I was published in 1998. Subsequent variations of the King reports, which outline the responsibility of boards of directors and management teams, have sought to reflect that 80% of the value of JSE-listed companies is not represented by “additives to their balance sheets, but as intangible assets,” King said on Tuesday.

“King IV is outcomes based,” King said, noting it is more concerned with “performance” than it is with “conformance”.

For example, King IV will reduce the amount of reporting necessary from a surveillance point of view, so that stakeholders, such as members of the public, can more easily assess if a company is practicing good corporate governance, King explained.

“The code is less prescriptive in exchange for more transparency,” Ramalho added.

The King IV code has 16 principles, compared to the 75 in King III.

Among the other significant differences between King III and King IV is the fact that companies are now required to “apply and explain” the King IV principles, demonstrating how they are achieving them.

King IV advocates a “stakeholder inclusive” approach, Ramalho noted, where shareholders do not necessarily trump other stakeholders. This recognises that organisations are integral parts of societies – as taxpayers, investment vehicles, job creators and talent developers – but also that they rely on society and the environment in which they operate for growth and sustainability, Ramalho explained.

Ease of access for all organisations is another key tenet of King IV and supplements will be provided to guide governance in various entities, including retirement funds, non-profit organisations and state-owned enterprises (SOE).

King said that SOEs are driven by a culture of conformance rather than performance, largely as a result of onerous regulations such as the Public Finance Management Act (PFMA). “If I were the President, I would put a blue pencil through a number of provisions in the PFMA,” he remarked.

Last month, Laurence Fink, CEO of BlackRock, the world’s largest investor with more than $4.5 trillion under management, wrote an open letter to chief executives lamenting the “short-termism afflicting corporate behaviour” and undermining their ability to invest for the future.

“We are asking that every CEO lay out for shareholders each year a strategic framework for long-term value creation. Additionally, because boards have a critical role to play in strategic planning, we believe CEOs should explicitly affirm that their boards have reviewed those plans. BlackRock’s corporate governance team, in their engagement with companies, will be looking for this framework and board review,” Fink said.

In the preamble to Regulation 28 of the Pension Funds Act, pension funds are said to have a fiduciary duty to consider environmental, social and governance impacts on their fund’s long-term values when they invest.

Despite this, Full Disclosure, a report issued last year by the Centre for Environmental Rights, exposed chronic and extreme breaches of environmental laws by large listed entities with considerable shareholder bases, such as Sasol, Anglo American, Lonmin and Sappi.

According to the CER, firms by and large neglect to report significant breaches of South Africa’s environmental laws in reports to shareholders.

The first phase for public comments on King IV is open from March 15 to May 15, with a second phase anticipated to launch in the second half of April following the release of illustrative supplements for specific sectors.

The final King IV Report will be released on November 1.

Asset managers must invest responsibly, do yours?

Asset managers must invest responsibly, do yours?