Gauteng, KZN and the Northern Cape attract the most pledges at investment conference 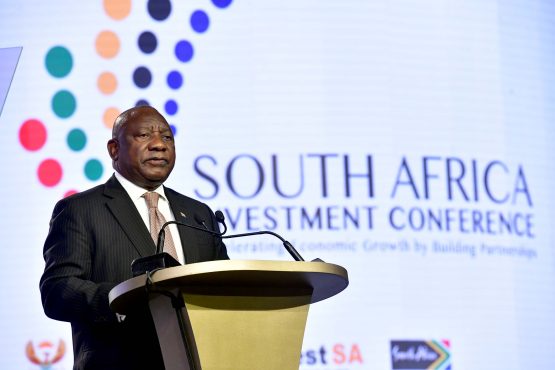 Read: SAB to invest R920m in its Prospecton and Ibhayi breweries

Gauteng secured the biggest investment pledge by a single investor this year, from the Waterfall Management Company who pledged R18 billion towards a commercial and residential property and data warehousing in the province.

The aforementioned investment pledges refer to those made by big business towards a single province and exclude pledges investors made in more than one province and the entire country as well as investments made by the public sector.

The Free State came in fourth, attracting R14.3 billion, followed by Limpopo with R13.8 billion and the Western Cape which received about R10 billion in single-province focused investor pledges.

The investment drive which Ramaphosa founded in 2018, soon after assuming his role as president of the country, has so far managed to secure about R1.14 trillion in investment pledges, reaching 95% of the R1.2 trillion target that he set to be reached by 2023.

At the latest conference, South Africa registered 83 direct announcements which amounted to R332 billion worth of fresh commitments from investors alone.

So far, R316 billion of the R774 billion pledged in the previous (third) annual investment conference has already been invested, while the rest is still in the processing stages.

Before the 2022 conference, the country had registered 152 investment pledges; 45 of these have already been completed while 57 remain under construction and 15 are said to be on hold because of the Covid-19 pandemic.

“The investments that have been realised since our first conference have created jobs, increased localisation and have expanded local value chains. They have brought skills, they have also brought technology and know-how into our economy,” Ramaphosa says.

Delivering a keynote address at the event, Ramaphosa called on investors to contribute to the country’s growth story, saying that it is now focused on its journey towards reform, recovery and rebuilding.

Ramaphosa  further reaffirmed the government’s position on reducing the red tape involved in doing business in the country and facilitating economic reform that will allow for economic growth.

“As investors you need to know that your investments are secure and that the operating environment in SA is stable and you are supported by policy certainty and regulatory safeguards.”

Ramaphosa pledged to improve the operational performance at the country’s national ports, adding that the process of implementing structural reforms is already underway.

“Transnet could soon start the process of providing third-party access to the freight rail network, a development that will encourage more efficient use of some of our country’s most valuable infrastructure assets.”

In a panel discussion with some of Saic’s biggest sponsors, the CEO’s of Naspers, Anglo-American and Discovery vocalised what they needed the government to do to create a stable, investor-friendly environment anchored towards growth.

Naspers CEO Phuti Mahanyele called on the government to focus on equipping young people with the relevant skills that will allow them to be significant economic participants.

“We have the ability to grow much faster and to be a much bigger player in the global economy, let’s use that ability that we have through our youth.”

“I think if we could look at ensuring that our youth has access to skills, to jobs and experience – that is what we really need to be focusing on.” Mahanyele adds.

“The issue of narrative versus reality is very important, especially in the South African context. The narrative here is negative, continuously, yet the country is more resilient than people think,” Gore says.

“If we can appreciate what we have and what’s at risk, we could change the narrative. I think all else tends to flow from that.

“The president also reiterated ambitions to put an end to the country’s power supply crisis, port inefficiencies, slow digital migration, skills shortage and failing state-owned enterprises, which have historically hindered economic growth”.
Good! Can we now hear what the action to sort plans are please.