This means that the prime lending rate of commercial banks will increase to 7.25%.

The move to hike the rate comes amid increasing concerns around higher inflation and follows the conclusion of the Sarb’s last Monetary Policy Committee (MPC) meeting of the year.

It was arguably the most anticipated repo rate decision of the year, with economists and market watchers split on whether the Sarb would hold or increase the repo rate ahead of the decision.

The MPC decided to increase the repurchase rate by 25 basis points to 3.75% pic.twitter.com/Naxzyhei29

Announcing the move, Kganyago said that the MPC vote was split 3:2, with three members in favour of a 25bps hike while two voted to keep the repo rate unchanged.

He said the Sarb forecasts higher headline inflation for the fourth quarter of 2021, at 5.3% (up from the banks 5% forecast at its September meeting).

“The risks to the short-term inflation outlook are assessed to the upside. Global producer price and food price inflation continued to surprise higher in recent months and could do so again. Oil prices have increased sharply, with current prices well above our forecasted levels for this year,” said Kganyago.

“Electricity prices are higher throughout the forecast and with other administered prices continue to present short- and medium-term risks.”

Kganyago pointed out that with the expected trajectory for headline inflation and upside risks, the MPC believes a gradual rise in the repo rate will be sufficient to keep inflation expectations well anchored and moderate the future path of interest rates.

He warned economic and financial conditions were expected to remain “more volatile for the foreseeable future”.

“In this uncertain environment, policy decisions will continue to be data dependent and sensitive to the balance of risks to the outlook.”

Kganyago noted that while the domestic economy grew strongly in the first half of 2021, the second half of the year is expected to show mixed results.

“Overall, we forecast the economy to grow by 5.2% this year [compared to the 5.3% forecast in September], revised down due to the larger negative effect on output than was previously estimated from the July unrest and other factors.”

“The July unrest, the Covid-19 pandemic and ongoing energy supply constraints are likely to have lasting effects on investor confidence and job creation, impeding recovery in labour-intensive sectors hardest hit by the lockdowns,” Kganyago added.

“Very weak job creation will moderate household consumption. Investment will remain constrained by the high risk of further load shedding and ongoing uncertainty,” he said, however he added that a faster vaccine rollout presents some upside risk to the growth outlook.

The Fed’s balance sheet has expanded by 10* since 2008. The same rate of expansion happened at the other Reserve Banks in developed nations. All that money that was created out of thin air has to go somewhere.

Get ready for some cheap properties available on the market soon.. buy-to-let will become a great investment again soon. Most people won’t be able to afford a bond repayment.

Already the RSA retail bonds are looking excellent. On a 5 yr 9.5% fixed deposit an investment of R1M gets you R7900 pm retaining your capital and allowing you to invest anything between R1000 to R5M. The banks do not allow this and only allow you to receive a high interest rate if you invest a large amount and do not take out the monthly interest

Inflation will take a huge bite out of that R1M

True.. but be smart and re-invest a portion of the monthly income into Equities. This can counter your inflation with ease while still obtaining a decent monthly income 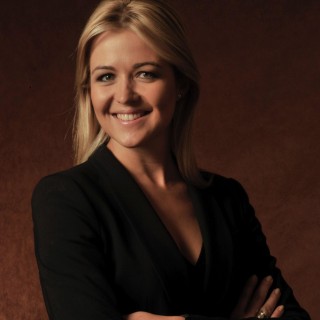