Markets left guessing on whether more Ukraine turmoil lies ahead

Continuing to vex markets as investors struggle to evaluate Moscow’s claim that some forces are being withdrawn.
By Sunil Jagtiani, Bloomberg 16 Feb 2022  11:36 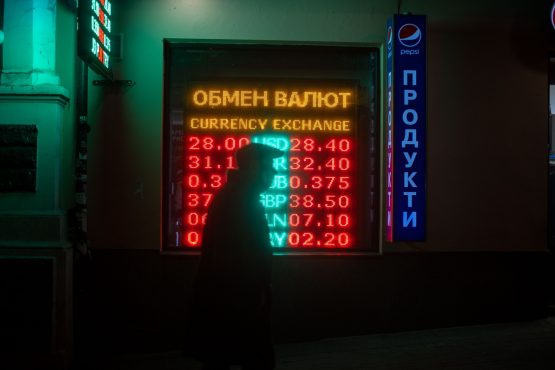 The standoff between Russia and the West over Ukraine is continuing to vex markets as investors struggle to evaluate Moscow’s claim that some forces are being withdrawn.

Asian and US shares rallied in the past 24 hours but US equity futures stalled Wednesday and losses in havens like gold paused. The US view that the Kremlin could yet order troops into Ukraine countered some of the optimism sparked by the Russian announcement.

“We’re not out of the woods and there’s still risk,” Adrian Zuercher, head of global asset allocation at UBS Group AG’s wealth management arm, said on Bloomberg Television. Hedging for an escalation is difficult but exposure to oil and other commodities as well as the yen versus the euro are possibilities, he said.

Markets were already buckling under pressure from high inflation and rising interest rates before being confronted with the possibility of the biggest European security crisis in decades. Russia has denied that it’s planning an invasion. “I’m not sure anyone truly knows what’s going on,” Chris Weston, head of research with Pepperstone Financial Pty, wrote in a note. “I suspect there will be more twists and turns that suggest geopolitical hedges — long crude, gold, volatility, and short risk — can make a comeback.”

US shares snapped a three-day drop Tuesday after President Vladimir Putin revived demand for risk assets by saying he hoped for a diplomatic solution and announcing a partial pullback of troops massed near the Ukrainian border.

Treasuries and gold sold off as haven demand eased, and oil fell back amid a reassessment of risks to supplies of key commodities.

MSCI Inc.’s Asia-Pacific share index surfed the improved sentiment Wednesday, rising over 1%, but the gains were relatively contained in the context of the major swings that have swept across markets this year.

Crude and gold slipped into a holding pattern Wednesday but they remain higher since the latter past of last week, when worries about an invasion began escalating.

Barclays Plc strategists including Emmanuel Cau pointed out that “past drawdowns due to military conflicts have been short-lived” and advised investors to stay the course.

If Ukraine tensions do ebb, the focus will likely shift back to potentially aggressive Federal Reserve monetary-policy tightening to fight price pressures, portending yet more volatility.