Ratings agency warns of a ‘significant risk of default’ on City of Tshwane’s financial obligations.
By Suren Naidoo 30 Jun 2021  06:09 The landmark Union Buildings in City of Tshwane, which is facing a municipal cash crunch. Image: Moneyweb

Global credit ratings agency Moody’s Investors Service has wielded its ratings axe on the City of Tshwane yet again, slashing the sovereign rating of South Africa’s administrative capital by four notches on Monday in one fell swoop.

Moody’s downgraded the metro’s long-term Global Scale Issuer rating to Caa2 from B1, but in a worrying sign it has also “placed the rating under review for further downgrade”.

The degree of the latest downgrade highlights the drastically deteriorating financial position of the metro, plunging City of Tshwane further into junk status following a previous downgrade decision in April.

The capital city was facing financial troubles even before Covid-19 hit.

While the coronavirus pandemic has significantly exacerbated the metro’s financial woes, political infighting and weak coalitions have not helped matters.

“The four-notch downgrade of Tshwane’s long-term global scale rating reflects the sharp deterioration in the city’s liquidity pointing to a significant risk of default on its financial obligations,” Moody’s notes in its ratings decision.

“Contrary to Moody’s previous expectations, higher financing needs have not been matched by larger financing flows. Rather, the city’s access to external borrowing is highly constrained, as evidenced by its failure to secure new borrowing so far in fiscal 2021,” it adds.

The ratings agency says that its Caa2 rating “reflects Moody’s view that the fiscal and liquidity challenges faced by the city will persist as it continues to struggle to balance its operations in a difficult operating environment in South Africa”.

According to Moody’s estimates, in the absence of a sudden sharp increase in revenue collection, Tshwane will close the 2021 fiscal year in June with a cash deficit of more than R1 billion, which is around 3% of operating revenue.

“Throughout the year, revenue collection has been weaker than expected, largely due to the coronavirus impact on the local economy. This has coincided with a marked increase in expenditure as Tshwane implemented salary increases [+28% increase in salary costs in 2020],” the agency points out.

It says that the city’s deficit position includes forthcoming debt payments, which are due by the end of June 2021.

“The city’s financing options included loans that have not materialised. Instead, the city is likely to rely on its sinking fund, which Moody’s estimates currently stands at R717 million; and potentially run larger arrears with its goods and services suppliers including in the public sector,” Moody’s warns.

“In any case, the liquidity situation is unlikely to stabilise in the near term … Moody’s expects operating and liquidity pressure to persist in the medium term. The weak operating performance which drives poor revenue collection has been exacerbated by the coronavirus impact and high operating costs,” it says.

Moody’s notes that while the City of Tshwane has recently implemented new measures to improve revenue collection, it will take time to see material improvement in cash flows.

“Liquidity buffers are highly unlikely to be rebuilt, the debt burden is likely to increase from 40.8% of revenue in the 2021 fiscal year, and debt service will remain very challenging,” the agency adds.

Following further deterioration in the city’s fiscal performance and liquidity, Moody’s says that it has also downgraded the baseline credit assessment to Caa2 from B1.

“The City of Tshwane’s final rating of Caa2 incorporates Moody’s assessment of a low likelihood of support from the South African government [Ba2 negative]. Moody’s also downgraded the long-term national scale issuer rating to Caa1.za from Baa2.za reflecting the city’s weaker credit profile relative to other rated peers in the country.”

The ratings agency says that a rating upgrade for the city is unlikely, considering the rating under review for further downgrade.

However, Moody’s adds that it could consider confirming the ratings if the city implements restorative measures or receives financial support.

ANC, junk party, has brought the Tshwane city to its knees.

The DA is again running the city, but has done nothing to reverse the shocking salary increases. It’s fairer to say that both the DA and ANC are useless.

The ability to recover is dependent how how large the hole is left by the ANC.

Sometimes, like with Tshwane, it is impossibly large with cANCerous infections everywhere.

Cyril seems to ignore the disaster that will befall SA because of local government issues. Mainly cadre deployment issues.

The thinking is you just keep increasing rates and other charges.

Its is money that should have been spent in the real economy creating jobs. Now all that happens its just being stolen.

Might be the biggest problem in the whole country.

We should face this reality: If the cognitive ability and level of education of the average voter in Tswane are lower than for his counterpart in Caracas and Harare, how can the financial position of the city be any better? This journey towards bankruptcy cannot be blamed on ignorance and criminality because those factors are merely the normal and expected symptoms of the disease. We’ve got a critical design flaw at the heart of our political-economic system.

Democracy leads to prosperity in any nation if the majority are property owners, earn a salary, and are net contributors to the treasury. Democracy leads to financial decay and a sovereign default if voters are collectivist, unemployed, and dependent on government support.

The junk status merely confirms that the disease has entered the terminal stage.

In my view, SA local currency sovereign debt and SOE debt is overvalued. No way am I satisfied with 9% – I think closer to where Turkey 10 year bonds trade, around 18%, is fair value for RSA. 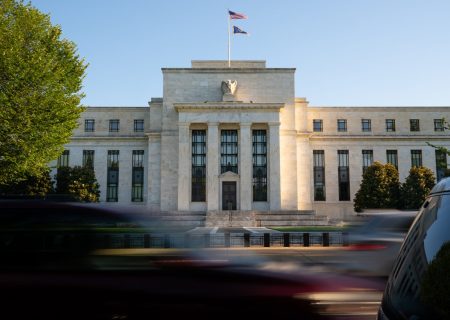