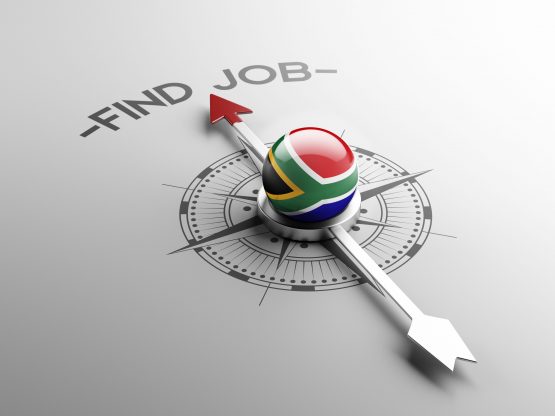 Almost six months after putting out an ominous research note forecasting that South Africa could see some 1.6 million jobs lost this year on the back of the Covid-19 economic fallout, banking group Nedbank on Wednesday said it now expects this figure to be much lower at around 500 000.

In its latest note – dubbed “Navigating the landmines while forecasting South African employment” – Nedbank presents a much less pessimistic prediction, explaining that its “forecasts have changed” as more employment statistics have been released.

The note is penned by Nedbank economists Busisiwe Radebe and Nicky Weimar.

While this week’s memo may surprise many, especially considering Statistics SA’s recent Quarterly Labour Force Survey (QLFS) reporting that 2.2 million jobs were lost in the second quarter, it is worth noting that Nedbank’s previous note was published in April, when SA’s economy was virtually shut amid the initial hard lockdown to curb the spread of the pandemic.

With the country now at its lowest Covid-19 lockdown level, the economy is almost fully reopened, barring some restrictions related to inbound international travel, retail liquor sales on weekends, major sporting, conferencing and entertainment events. Most economists are now expecting a rebound in the third and fourth quarters of the year.

“Earlier this year we released a report [Covid-19: Labour implications, dated 30 April] setting out our forecast for job losses in 2020. Our main takeaway at the time was that 1.6 million jobs were going to be shed this year and it would have taken over three years for jobs to reach their pre-crisis peak,” the note says.

“Since then, more employment statistics have been released and our forecasts have changed to reflect this. We now expect around 500 000 jobs to be shed this year and for jobs to reach their pre-crisis peak in the second half of 2023,” it adds.

“The large difference between our current and initial forecast is the result of several factors. First[ly], our employment model is largely based on our view of GDP growth and because GDP declined significantly [-51% quarter-on-quarter seasonally adjusted basis] in the second quarter. This exaggerated the extent of job losses in our model,” Radebe and Weimar explain in their latest note.

Furthermore, the duo say that the current labour environment is such that many employees maintained a ‘job attachment’ and were thus considered employed.

“This could mean that an employee is temporarily absent from work because of the pandemic but gets paid partially or in full because the employer deems the impact of Covid-19 on their business as a very temporary supply disruption that will be reversed soon and so does not let go of staff permanently. The delineation between permanent job losses and temporary job losses is unclear and so influences forecasts,” Radebe and Weimar add.

Noting another key factor, they say there were “many anomalies in the official statistics” that added complexity to the forecasting process.

“For example, Covid-19 related data collection challenges were such that the latest (Q2) statistics from the Quarterly Labour Force Survey (QLFS) cannot be compared to previous quarters. Our initial forecast was based on the historical series and did not consider the current break in the series,” they explain.

“The QLFS also reported that the unemployment rate in the second quarter dropped to its lowest level since the start of the QLFS, primarily because of a shrinkage in the labour force. Not only was this outcome unexpected, but it makes future forecasting very challenging,” say Radebe and Weimar.

“This is because insight into when households will return to the labour force in the coming months will be required to make accurate forecasts and this insight can only really be obtained by conducting a household survey,” they add.

These figures are false. Real, unadjusted unemployment is much higher.

Its very difficult in life to find someone as disgraceful as you.

The facts are better than expected and you can’t handle that South Africa is a better performer than expected. You have a couple screws loose in your brain.

Thanks. You may even beat Trump in the rude and false fact stakes.

Driving on the N1, passing by some of the small towns, (ie: Ventersburg, Winburg, Colesberg etc) one begs the question why the township on the outskirts of the town is bigger than the town itself?
Where do these people come from and where do they work? (They don’t)
Rural towns are dying, many filthy and dead already, filled by the unemployed

So long as this Government does not address the wage bill, those townships will keep expanding and unemployment won’t decrease

Nedbank, focus on your core business and leave the stats to the experts. You have NO IDEA what you’re talking about!

Don’t get too excited. The regime is already making noises about an alleged new spike in cases. Seems those with smuggler bosses want to impose another lock down to profit further from bootlegging. Perhaps she wants a Ferrari for Christmas.

This article is great news. The SA economy performed better than expected. Say it like it is. Simple.

South Africa’s Unemployment Rate is forecasted to be 36.989 % in Dec 2020 as reported by World Economic Outlook.

TO Forecast like a weather from the posh office in sandton , it cost them nothing BUT ppl like SMME
and ordinary ppl are suffering on the ground. what they interested is to earn more interest from Debt.

The earlier comments are typical of the Trumpian and PC era we live in.
Instead of trading insults you should put forward your arguments based on currents realities and BROAD BASED research.
Question: Are all the hawkers, hairdressers, gardeners, workshops, etc etc at taxi ranks and along the side of many roads considered as employed or unemployed ?

So if you earned money in the last 7 days you are counted as employed. This is why some countries like Cambodia manage to have 0.7% unemployment. It’s a statistical farce, since it matters more as to whether the worker is able to survive on what they earned, not whether they worked for an hour in the last week.

This is also why you’ll see stats about unemployment but see thousands of people on the street. Those people count as employed if they get used for some labour 1 day a week.

Those that follow Magnus Huystek and Syngia will know that the traditional big financial institutions are conservative and will not simple paint a bleak picture. Magnus reported that R360 billion has left the JSE since our president took over. Not much has been reported by our journalists. The companies listed on the JSE is dwindling.

So when Nedbank reports these cozy figures we cannot comprehend; because I personally know that more and more of my friends are becoming unemployed.

Well I am one of those that financially emigrated a couple of years ago and it was the best decision I have made in a long time. Not only did the overseas markets outperform the local markets by far but the depreciation of the Rand kicked the returns when converted to Rand into overdrive. Not a single one of the big funds locally came even close to matching the returns.

Recently I have also decided to emigrate to Australia and I am just waiting for the Covid madness to end. I suspect there are many people like me who have now lost all faith in the future of this economy.

I would rather sit in Australia and be proven wrong, than staying in South Africa and seeing my children having to struggle in a failed African state.