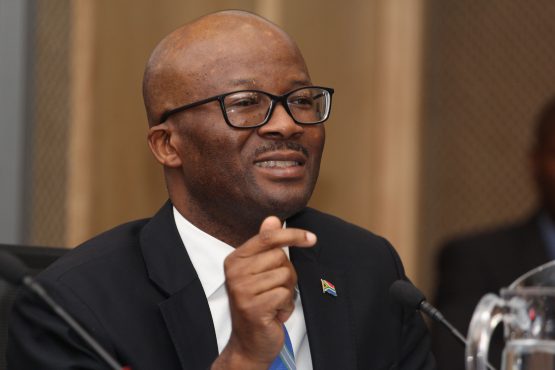 National Treasury Director-General Dondo Mogajane says the government’s bid to reduce its expenditure in line with its fiscal consolidation plans often faces opposition from officials and as well as from the wider political arena.

Some government programmes, including the underperformers, have “vocal” defenders among politicians and beneficiaries, making it difficult to implement targeted cuts, he said on Thursday.

Mogajane’s remarks were made during the opening ceremony of a conference on government spending reviews, with the reviews prepared by National Treasury as well as provincial treasuries to inform decisions that would ensure that state funds are spent efficiently.

One way the government has attempted to cut spending is by placing a freeze on public sector wage increases, a move that has faced fierce opposition from public sector unions.

The contentious wage increase freeze saw the government unilaterally deciding to not implement the last leg of the 2018 wage agreement.

Talks between unions and government at the Public Service Coordinating Bargaining Council have reached a deadlock, with some unions threatening to embark on a widespread strike over the matter.

Mogajane on Thursday defended the government’s move saying that although it is a “painful” decision , it “is less painful than some other options that would impact more on service delivery to the poor and the vulnerable”.

“If you cut compensation spending by reducing remuneration growth, everyone’s budget is cut in proportion to the amount of officials they employ. It spreads the pain across government and means that some internal politics is less challenging for us,” he said.

Unlike during the “seven years of plenty” between 2000 and 2007 when the country experienced rapid growth and its debt-to-GDP ratio was at its lowest, the current budget is expected to be under “severe pressure” for a protracted period.

Mogajane said the government is spending more on debt servicing costs than on the health budget – something that is undesirable during a pandemic.

“Our debt has the potential to destabilise the economy and to slow growth, so unless we get our spending under better control, we will not achieve the growth and prosperity that the county and its people deserve,” he said.

Speaking at the same event, Deputy Minister of Finance David Masondo noted how the spending reviews have revealed that the government is paying 60% above market rates for rental accommodation and that the average premium being paid on these leases is about 45%.

“Extrapolating to the full lease portfolio, that means of the R3 billion that was being paid to lease office accommodation in 2015, as much as R700 million might have been saved if the rents had been at market rates,” he said.

The spending reviews are expected to be the basis for the implementation of zero-based budgeting, which will be piloted by National Treasury and the Department of Public Enterprises.

Zero-based budgeting is a budgeting process whereby funding is allocated based on programme efficiency and necessity rather than budget history.

The supporters will not rest until the final cent has been looted !!

Govt debt and the public sector wages bill are part and parcel of ANC corruption and mismanagement and are unsustainable.

You are never going to make everyone happy and the taxpayers funding the government extravagance are not very happy at the moment. The same applies to the private sector who have had to bear the brunt of the lockdown restrictions, sacrifice pay and in many cases lose their jobs while the public sector have continued to earn their bloated salaries while taking paid holidays.
The overpayment on office accommodation points to corruption and should be investigated. The question is why, other than to benefit from kickbacks, was it necessary to rent accommodation? To provide additional work space for an overstaffed, over paid public sector to provide work for pals and cadres? What was wrong with the old offices used for decades?

The taxpayers “are not very happy at the moment” is a bit of an understatement though. Personally, I am infuriated, especially given the oppressive tax rules and excessive taxation levels.

Maybe we should understand that the majority of people see the “government” as the father figure whom they have never met, but on whom they are financially dependent for maintenance. They believe that the “government” has an endless supply of money, while in fact, the government does not have any money. The government merely redistributes other people’s money.

Voters with the victim mentality and a sense of entitlement appoint a socialist government to plunder economically active agents of their property to redistribute it among those voters. Economically active agents are not stupid. They flee or go into hiding when they are being plundered. This leads to disinvestment, de-industrialization, unemployment, a shrinking tax base, and rising debt levels. The unchecked sense of entitlement eventually leads to hyperinflation, as the voters plunder the last remaining store of value, namely the purchasing power of the currency.

It is clear that a socialist government bribes the voters with their own money. They rob Peter to pay Peter. Peter does not realize that this is a con game because he is blinded by his victimhood and his sense of entitlement.

When you rob Peter to bribe Paul with Peter’s money, Peter will get the hell in and leave. This will diminish the tax base, thus having the remainder taxed more in order to ensure the same amount of cash in the bank of the state.

It has been proven through the ages that politicians have no clue whatsoever to work with money unless it is for their own gain. This is more obvious in forever ‘developing’ nations than in ‘developed’ (now continuously deteriorating) nations as the back-pocket loading process is less obvious in the latter.

Never expect politics to be to the benefit of a Nation. It never was and never will be.