This is the first article in a four-part series penned by the Institute of Race Relation’s Dr Frans Cronje. The series analyses South Africa’s political and economic long term future. Two scenarios are sketched, one which Cronje believes will emerge within the next 12 to 24 months.

Real Gross Domestic Product (GDP) per head peaked in South Africa in 1981 at just over R50 000 per capita – a function of the high growth rates the country had sustained throughout the 1950s and 1960s and into the increasingly politically volatile 1970s. By the 1980s, however, despite a record high gold price at a time when South Africa was the world’s biggest gold producer, the contradictions upon which the apartheid system rested – a growing economy and rising living standards matched with the political exclusion of a majority of the population – began to unravel. The political consequences were best measured in the economy.

In real terms, South Africans spent the 1980s becoming poorer. This pattern continued into the 1990s, with the years 1991, 1992 and 1993 all recording negative economic growth rates. The rate of gross domestic savings to GDP hit all-time lows.  Interest rates maintained levels of around 20%. The level of public debt to GDP hit record highs. This period of economic weakness was central in forcing the transition to democracy.

Far from being a peaceful political transition, as much of the “rainbow nation” mythology about South Africa suggests, more than 20 000 people lost their lives in political faction fighting between mainly black political rivals during the last decade of the apartheid rule. The IRR’s head of policy, Dr Anthea Jeffery, notes that some 5 500 of these deaths occurred between 1984 and 1989. Three times as many deaths took place during the years of negotiation from 1990 to 1994 when, as she explains, “The door to democracy had already been thrown open and there was no need to batter it down.” Not so peaceful transition

South Africa’s transition to democracy was a brutal and violent era characterised by extraordinary political ruthlessness.

This propensity for ruthlessness, which we believe still resides within South Africa’s politics, is the first of two insights around which this analysis will suggest where South Africa may now be headed.

The democratic elections of 1994 proceeded fairly peacefully and the result gave the African National Congress (ANC), the party of Nelson Mandela, a national majority of close to 63%. Its black political rivals in the Black Consciousness Movement and the Inkatha Freedom Party never recovered from the violence of the 1980s and early 1990s and either threw in their lot with the ANC or drifted into irrelevance. The white liberals, of the Progressive Federal Party and later Democratic Party (the nucleus of today’s Democratic Alliance), which had staunchly opposed apartheid, had not been exposed to the same violence as was directed at the ANC’s black political rivals as it was feared this might turn European and American opinion against the ANC. In any event, popular support levels for the white liberals were very low and they drew less than 2% of the vote in 1994.

The ANC therefore assumed power in 1994 in the absence of any obvious or credible political rival.

The ANC immediately set about facing up to the economic wreckage it had inherited from the apartheid era. It was here, in its initial economic policies, that it had its greatest successes. GDP growth rates recovered to average more than 3% between 1994 and 2007. For four of those years, between 2004 and 2007, growth rates averaged upward of 5% of GDP.

Interest rates were cut in half, further supporting the growth recovery. Public debt levels were cut in half and the savings on the government’s interest bill went much of the way to financing what would become the most expansive social welfare programme of any emerging market. Real per capita GDP resumed its upward trajectory and in 2006 exceeded, for the first time, its previous peak of 1981.

Water and electricity roll-out into poor communities demonstrated equally impressive numbers. More than a thousand households were being connected to electricity daily. The black middle class grew to rival the size of the former white middle class (although as a first generation middle class it remains highly vulnerable to economic setbacks). 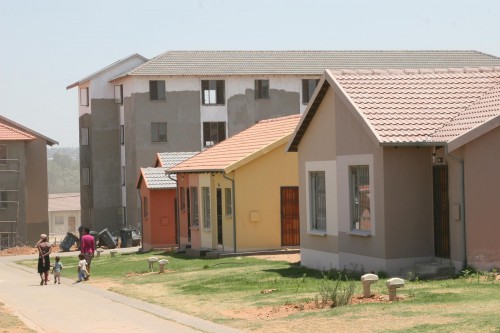 Black South Africans became the majority of buyers of homes in what had formerly been white suburbia. The proportion of children under the age of five who were malnourished fell from roughly 14% to between 4% and 5% of children in that age bracket.

More examples could be provided, but the point is made. Life was getting better in South Africa and real progress was being made in escaping its apartheid past. Of course there are many analysts in South Africa who deny this fact but, in my experience, they mostly sit on either the extreme left of the political spectrum and resent the pragmatic conservatism inherent in the early economic policy thinking of the ANC, or they sit on the fringes of the white far-right and resent the ANC in principle – perhaps more so for the fact that it was able to right the economy.

It has seldom been fully acknowledged what the ANC achieved in its first decade and a half in government – while it spoke the language of revolution, many of its actual economic policies were sensible. This former propensity for some sound economics is the second of the two insights around which this analysis will suggest where South Africa may now be headed

(the first, you will recall, is the ANC’s capacity for ruthlessness).

The economic and social progress was essential to consolidating the ANC’s popular mandate – and for many years after 1994 it did not seem to matter much that no credible political rival existed. Good polling research conducted for South Africa’s Presidency showed that popular confidence in the future of the country had reached levels approaching 70% between 2004 and 2007. By the time of the national elections of 2004 the ANC received a larger majority than when Nelson Mandela had led the party in the elections of 1994.

The democratic change over also saw a number of FDI flows, which also stimulated the economy as oppose to sanctions

The impact of the sanctions being lifted against SA, is never discussed in these so called “statistics”