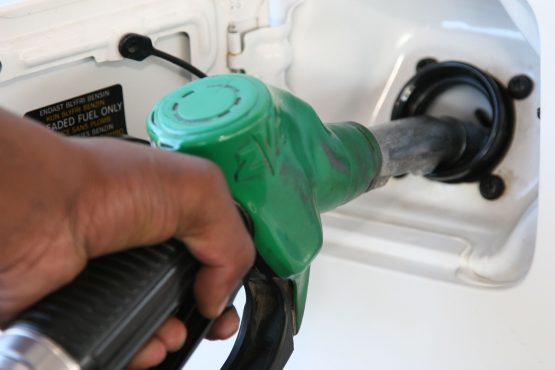 The year started with fuel price increases of more than 40c per litre for petrol and 55c for diesel, raising the question of what motorists can expect for the rest of 2021.

While forecasting the movement in oil prices and currencies – the two main drivers of fuel prices in most countries – is notoriously difficult, it seems that SA must prepare for further increases.

The Automobile Association (AA) has already indicated that it expects petrol to increase by 80c in February, while the wholesale price of diesel is expected to increase by 61c.

A credible outlook for the oil price usually comes from the US Energy information Administration, which expects the benchmark Brent crude oil price to average around $49 per barrel this year. This forecast is only slightly higher than the average oil price during the last quarter of 2020.

But much higher oil prices are expected from another important source in America. US Energy Secretary Dan Brouillette commented in a recent interview with CNBC that his department sees oil prices increasing to above $60 per barrel and even as high as $70 as economies worldwide start opening up as vaccines to treat Covid-19 are becoming available.

“It is time for governments to open up economies. The process must resume. They should do it quickly,” he said.

Oil producers would obviously like to see this scenario, and movements in the oil price during the last few months seemed to play to their tune.

The oil price has been in an upward trend since the last week of October 2020 when it turned below $37 per barrel. The price exceeded $50 for most of December. Unfortunately for South Africans, the price has continued to climb in January and the rand has depreciated – signalling another increase in fuel prices in February.

Izak Odendaal, investment strategist at Old Mutual Wealth, says the biggest factor that will determine the oil price this year is to what extent demand will return to normal levels.

Odendaal poses a simple question: “Do people start travelling again as they did before 2020?”

He says this seems unlikely until there is widespread vaccination – and even then, working habits might have changed permanently.

“If more people work at home, fewer people will be driving to the office. Similarly, the demand for business trips might be permanently lower. Finally, there is the longer-term issue of a shift towards electrical vehicles which also points to permanent demand destruction,” says Odendaal.

There has been some recovery in demand for oil from the harsh lockdowns of early 2020, but demand is nowhere near normal levels yet.

He warns that the recent Saudi Arabian output cuts have put upward pressure on the oil price, but “we need to ask why they are cutting supply”.

“They wouldn’t do it unless there was too much supply on the market relative to demand.

“On the supply side, the US shale industry has emerged as a power swing producer. As soon as the price starts rising, shale production picks up,” says Odendaal.

His good news is that it seems unlikely the oil price will move towards the $80-100 per barrel level seen in the past anytime soon.

“Of course in the short term, the oil price can be very volatile – it even turned negative in April 2020 – and there are any number of geopolitical incidents that can result in a spike,” he says.

He adds that if current trends persist, the oil price will almost double within a few months from the low levels seen during most of 2020. More concerning with regards to the risk of higher fuel prices is the outlook for the exchange rate.

The rand looked fairly strong for most of 2020, mostly because we focus on the rand/dollar exchange rate in SA.

While the dollar was particularly weak, it seems to have started to recover with a detrimental effect on the rand. Last week, the rand traded at its worst levels against the dollar since the beginning of November 2020.

The rand remains difficult to predict, with most experts cautious about chancing a prediction without first rolling out several arguments.

She cites two positive factors that might support the rand:

Unfortunately, her list of negatives is longer and seems to carry more weight:

Odendaal seems to be more upbeat on the prospects for the rand in 2021.

“The big drivers for the rand-dollar exchange rate this year are likely to be global factors, as is usually the case,” he said in answers to questions on the subject.

“The big question is if the dollar will keep on weakening as it did in the second half of last year.

“The trade-weighted dollar ended 2020 at an almost three-year low. That in turn depends on the outlook for US monetary and fiscal policy, both of which are extremely loose at the moment,” says Odendaal, adding that the latter is likely to become even more supportive after the Democrats picked up two Senate seats in Georgia.

He says the recent recovery in commodity prices – especially that of gold, palladium and iron ore – will support the rand. “It helps that China has shaken off the virus and is booming.”

He believes these factors are all pretty supportive for the rand. “That doesn’t mean there won’t be periods of weakness, as we saw last week.”

“Global factors point to a stable to stronger rand this year with stronger global growth, rising commodity demand and lower-for-longer interest rates in the US and Europe.”

Odendaal’s conclusion: “The local economy is still very weak at the moment and struggling with a second wave of coronavirus cases, but this should improve during the course of the year.”

And then there is the possibility of a large increase in fuel levies to prop up government finances.

Odendaal says one should remember that fuel levies are a rand amount, whereas other taxes are a percentage.

“If there was Vat [value-added tax] on petrol, government’s income would have risen along with the petrol price. For the rand amount of fuel levies to keep up with overall inflation of around 4%, they would need to rise by between 10c and 15c per litre.”

He says the shortfall in the Road Accident Fund is a big worry which might result in additional higher fuel levies at some point.

In essence, the fuel price will not increase much if oil averages $49 in 2021 as predicted and the rand deteriorates only moderately.

But a rough calculation shows that if oil runs to $70 per barrel, the rand falls towards R18 per dollar and government yields to temptation to increase fuel levies more than in the past, fuel prices could inch towards R20 per litre this year.

That bogey man called inflation will come out stronger this year.

Even if Tesla did decide to export their vehicles to SA, it won’t help motorists much

This Government has got us all by the short and curleys

Sleepy Joe. Sounds like a good name for a guesthouse

What ever he is better than Trump

The higher the price the more for government.

Once commodity prices have had their run, global GDP slows and the SA fiscal cliff becomes clearer expect the ZAR to hit 20 or even 25 to the dollar.