Rand pummeled by floods and Covid amid hawkish Fed

The currency is among the most sensitive in emerging markets to higher Treasury yields and hawkish Federal Reserve policy.
By Amelia Pollard, Bloomberg 21 Apr 2022  19:37 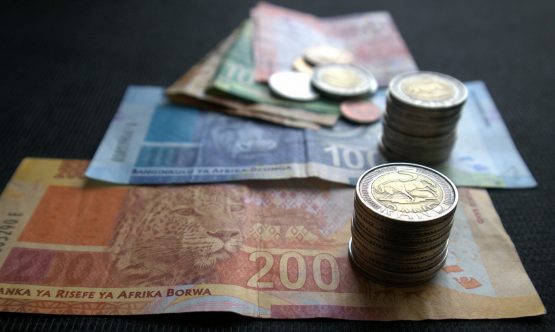 South Africa is battling a range of headwinds: the aftermath of catastrophic floods that disrupted freight transport networks, signs of a resurgence of the pandemic and rolling power cuts that are undermining the economy.

The flood damage, which may cost R10 billion, and the threat of another wave of Covid infections could hurt South Africa’s public finances as the government struggles to curb debt and stimulate the economy. That’s weighed heavily on the rand this week, said Brendan McKenna, a currency strategist at Wells Fargo Securities in New York.

The local problems couldn’t have come at a worse time: the rand is among the most sensitive emerging-market currencies to higher Treasury yields and hawkish Federal Reserve policy.

It’s the biggest loser among developing-nation peers this week, down almost 5% and on track for its worst weekly performance since the start of the pandemic. While the Fed and European Central Bank are signaling aggressive policy responses to soaring inflation, the South African Reserve Bank has been on a “pretty gradual tightening path,” which could contribute to an even weaker rand in the coming months, according to McKenna.

Three-month implied volatility for the rand against the dollar, a measure of expected price swings, jumped by the most since February on Thursday. The premium of options to sell the currency versus those to buy it, known as the 25 Delta risk reversal, climbed to the highest in a month, suggesting options traders see a greater likelihood of weakening.

On Wednesday, the South Africa’s Covid test positivity rate hit a three-month high, indicating that infections are rising. While no-one is talking about another lockdown yet, the government’s response during previous waves of the pandemic has been stringent.

‘Concerns building’
“I think there are concerns building that the local economic recovery may be disrupted and restrictions may go back into place,” McKenna said.

Meanwhile, damage from the floods, which killed more than 400 people, could weigh on economic growth for 2022 that’s currently seen at 1.8%, according to Tatonga Rusike, an economist at Bank of America Securities.