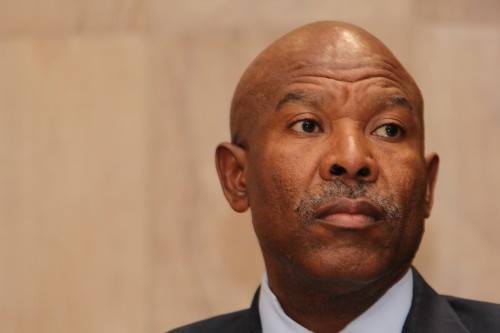 The rand’s crash to a new low against the dollar drove South African inflation expectations to the highest in at least three-and-a-half years and fueled speculation the central bank will act more aggressively at its policy meeting this month.

The five-year break-even rate, a measure of bond investors’ inflation expectations, rose 21 basis points to 7.45% on Monday after the rand fell to 17.9169 per dollar in Asian trade. That compares with a 6 basis-point decline in the break-even rate for emerging-market peer Turkey.

“A weaker currency implies a higher inflation profile,” Carmen Nel, an economist at FirstRand’s Rand Merchant Bank unit, said by phone from Cape Town on Monday. “You cannot rule out the risk of an interest-rate hike of as much 50 basis points in January.”

The last time the Reserve Bank adjusted interest rates by more than 25 basis points was in January 2014, when it raised borrowing costs by 50 basis points. Since then, the bank has limited moves to quarter-point increases at three meetings, the most recent in November 2015 when the repurchase rate was boosted to 6.25%.

Governor Lesetja Kganyago has forecast inflation will breach the 3% to 6% target range in the first and fourth quarters of this year. Inflation accelerated to 4.8% in November.

Traders have increased bets that the Reserve Bank will raise rates by more than 25 basis points at the next policy meeting on January 27-28. Forward-rate agreements starting in one month, used to speculate on borrowing costs, show investors are pricing in about 40 basis points of rate hikes compared with 27 basis points on Friday.

Please explain how an interest hike will help the Rand which is a major cause for inflation due to more expensive imports?