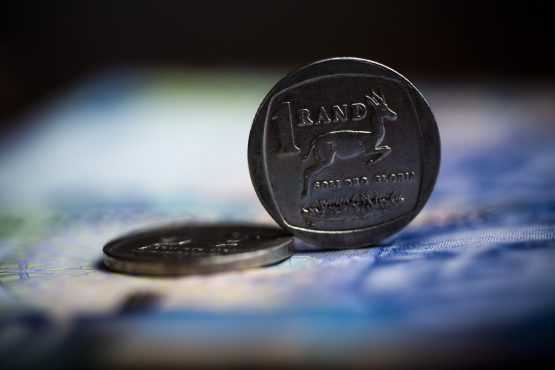 The rand dipped below R14 to the dollar for the second time within 10 days on Thursday. Image: Waldo Swiegers, Bloomberg

The rand firmed 0.8% against the US dollar on Thursday following South African Reserve Bank (Sarb) Governor Lesetja Kganyago’s announcement that the bank’s Monetary Policy Committee (MPC) had unanimously decided to hold the repo rate at 3.5%.

Soon after Kganyago’s address, the rand touched an intraday high of R13.97 to the dollar. It remained range bound around R14 for most of the day, but was just below that psychological level, at R13.99 in evening trade.

It is the second time within 10 days that the rand dipped below R14 to the greenback. Some market commentators say the currency could strengthen further, even to around R13.65 to the dollar.

Read:
Repo rate stays at 3.5%
Rand breaks below R14 to US dollar

“A weaker dollar could drag the USD/ZAR below R14.00 with R13.80 and R13.65 acting as key levels of interest,” Lukman Otunuga, senior research analyst at FXTM, notes in a post-MPC statement.

“The central bank expressed optimism over the economic outlook with GDP expected to expand 4.2% in 2021 [up from 3.8% at its March MPC meeting] despite the threat of a third wave of Covid-19,” he says.

“Interestingly, the forecast for inflation was slightly lower at 4.2%, down from 4.3%. However, Sarb Governor Lesetja Kganyago stated that the overall risks to the inflation outlook appeared to be on the upside.”

However, he adds that: “Although inflation remains within the Sarb’s 3-6% target band, consistent signs of rising price pressures could force the Sarb to act sooner than later.”

South Africa’s Consumer Price Inflation (CPI) rate came in higher than expected and at a 14-month high for April on Wednesday, which has raised the prospects of a repo rate hike this year.

“In a move that should assist in calming market concerns around inflation, the Sarb’s forecast for 2021 CPI is slightly lower at 4.2% [down from 4.3% in March],” according to Anchor Capital investment analyst Casey Delport in a note issued late on Thursday.

“This stronger growth forecast for 2021 is reflective of better sectoral growth performances and more robust terms of trade in [the first quarter]. Despite rising oil prices and a higher total import bill, commodity prices have risen to new highs, strengthening income gains to the economy.”

The JSE closed in the green on Thursday, buoyed by gains in banking and technology sector stocks following the Sarb’s MPC decision to kept the repo rate unchanged, according to Anchor Capital.