The rand has topped gains among emerging-market currencies since August 20.
By Bloomberg 31 Aug 2021  09:01 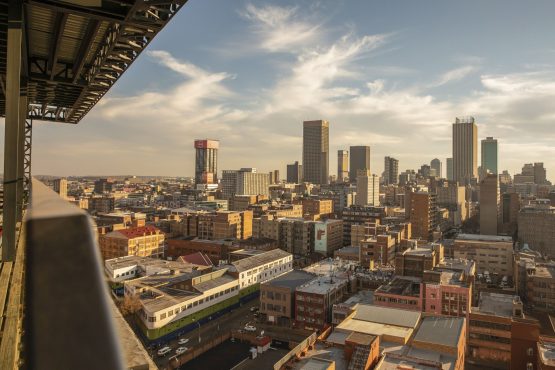 After a rough start to the second half, South Africa’s currency and bonds are primed for a rebound as debt concerns ease and the Federal Reserve signaled a measured approach to tapering.

The rand has topped gains among emerging-market currencies since August 20, when it started to recover from a five-month low against the dollar. The rally was fueled by easing concerns about a pullback in stimulus by the Federal Reserve, a bounce in commodity prices and a data revision showing South Africa’s debt burden is less onerous than previously thought.

The currency strengthened for a seventh day on Tuesday, the longest winning streak since November. These three charts show why it may extend gains in the coming months:

Traders are taking bearish bets off the table after a statistical exercise that boosted South Africa’s gross domestic product by 11% overnight. That means the ratio of debt to GDP is smaller than government projections in February that ratings companies cited as a risk risk to the country’s credit assessment.

Fed Chair Jerome Powell’s cautious tone at Jackson Hole halted a rise in Treasury yields, boosting the attractiveness of higher-yielding currencies including the rand. That’s pushed the premium of options to sell the rand over those to buy it — known as the 25 Delta risk reversal — to the least in more than a year.

Foreigners are returning to South Africa’s bond market, made more attractive by the post-Jackson Hole prospect of US yields staying lower for longer. Non-residents were net buyers of South Africa’s government bonds last week after three weeks of net sales, helping to drive the yields on benchmark government bonds to June lows. Even so, the yield pickup on South African rand bonds over US Treasuries remains among the highest in emerging markets.

The bonds should remain bid as the US Treasury yield curve steepens and liquidity improves after the northern hemisphere summer lull, according to Nema Ramkhelawan-Bhana, the head of research at FirstRand Group Ltd.’s Rand Merchant Bank in a note to clients. A “wall of coupon payments” in the second half would also support the bonds as investors reinvest cash, she said. Implied volatility, which measures expected swings based on the price of options to buy and sell the rand, is dropping and may soon be below actual volatility. The spread between the two is at the lowest since June, suggesting traders expect fluctuations to narrow over the coming months. Easy come, easy go. All hot money, not FDI, seeking yield while the Fed prints like there’s no tomorrow.

But tomorrow will come.

When the music stops, make sure you have a chair.

I think this is the point… It’s mostly “traders” Vs people actually investing and setting up shop here.

Our only hope of any real, long term recovery would be proper investment + an up-skilling of the general working age SA’n.

And that ain’t happening.

rfjock – I am genuinely interested. When you say ‘make sure you have a chair’, how do you define this chair in investment terms?

Perhaps make sure you have an airline ticket to a destination not in equal chaos to ours.

A chair made of hard currency. USD? Euro/GBP/CFR

Had you listened to the plethora of ”Dollar/Rand” gurus over the last 12 months (especially when it hit 19 in August last year), and you invested your hard earned money (read pensioners) offshore (not rand hedged stocks!) – you earned yourself a 24 % exchange rate loss today.

In my Dollar/Rand trading days, we all used to say – on the Rand, anything can happen, and it usually does.

The Rand is not going to fall out of bed in the foreseeable future – my view – if you are planning to move offshore one day and you want to start building an offshore investment – you will find much better level, way below 10 in the distant future to buy Dollars against the rand.

I am not sure about that 10 level, but I do agree, its pretty hard for a currency to devalue if you are constantly running trade surpluses.

If you have not been living under a rock and know what’s coming in the fin markets, then you’ll know the dollar/rand will offer great gains in the coming financial crisis, during which dollar demand will sky rocket in the midst of a stock market sell-off. I say buy the dips.

My hourly comparison at tinyurl dot com/3u85cxuc shows the tether that exists between the dog (DXY) and the tail (USD/ZAR). Presently at the end of its tether and knee deep in a dollar positive divergence the Rand should fasten its neck brace.