It launched officially two months ago, but has it already outlived its relevance?
Patrick Cairns  /  14 September 2015 00:06
1 CAPE TOWN – In July the concept of a BRICS development bank moved from idea into reality. The New Development Bank (NDB), as it is now formally known, was established in Shanghai with initial capital provided by each of the BRICS countries – Brazil, Russia, India, China and South Africa.

Everybody knew that it was coming, and the five governments have insisted on its importance, yet it hasn’t inspired a great deal of either interest or enthusiasm. The truth is that it has struggled to make itself seem relevant.

The problem with BRICS

For a start, the concept of the BRICS grouping itself is increasingly being questioned. Strategist at Investec Asset Management, Michael Power, says that the acronym was first used in a time when the commodity cycle was booming, which meant that commodity exporters Brazil and Russia were enjoying significant growth alongside the rapid development in China and the huge potential in India. South Africa was then added as a proxy for Africa to give the continent a place at the table.

Those days are however behind us.

“At the moment, Brazil and Russia are are in hard times,” Power says. “Russia’s economy is going to shrink by about 4% this year by my latest estimates, and Brazil’s GDP will shrink by 20% in dollar terms because of the currency effect. To some extent South Africa is in the same category in that our economy is going to shrink by about $26 billion in real terms. India and China, though, are going in a very different direction.”

Given these disparities, their economic needs are also quite different.

“The commonalities between their economies are incredibly modest and that does make the group an artificial construct,” says Citadel’s chief strategist Adrian Saville. “But they do have a common agenda.”

This has informed much of the talk around the bank’s establishment – that it is essentially a political gesture.

How much of this is politics?

“When the International Monetary Fund (IMF) and World Bank were established, the big shareholders were the big economies at the time, which meant North America and Western Europe,” Saville explains. “The rest of the world was essentially under colonial influence. So from 1945 until just about the present, the rule makers have been that cluster of countries that has operated under the Washington consensus.”

The Washington consensus is the set of free market policies that has been the required reform package for any country receiving funding. However, the global economy has shifted significantly since these institutions were set up.

“On a purchasing power parity basis, China has now overtaken the US as the biggest economy in the world, and yet the World Bank and IMF are still dominating the development agenda,” Saville says. “Does China have a place at that table? Not under the Washington consensus arrangement, which by definition excludes the likes of not just China, but to a fair extent India, certainly Brazil, and without question Russia, because to varying degrees they all subscribe to what has become known as state-led capitalism, which looks very different.”

This has created the desire for a funding institution anchored in emerging markets – something to stand as an alternative to the establishment. The question is, however, whether it will be anything more than a token?

“If the IMF and World Bank had been an unqualified success, then there would be no need for an alternative funding institution,” Saville says. “But because the success has been qualified and because whatever remedies or solutions that they put in place are all Washington consensus-based, there is a gap.”

He adds that the funding requirements for infrastructure spending in emerging or dynamic economies is well beyond what is currently available from the IMF and World Bank. That means that either these institutions have to pull another lever, or alternatives need to step in.

The NDB certainly doesn’t have the capacity to make up all the shortfall, but there are some very big country balance sheets behind it.

Perhaps most importantly, Saville argues that the bank can play a positive role as long as lessons are learnt from history. To illustrate this he points to the involvement of the World Bank and IMF in two Central American economies – Jamaica and Costa Rica.

“The result of their activities in Jamaica can only be described as disastrous, but in Costa Rica you have to say it was healthy, functional and inclusive,” says Saville. “The same institutions were involved, but with very different outcomes. It’s ultimately not just who is providing the funding that matters. It comes down to who is doing the borrowing, how they spend it and what they spend it on.”

Has the NDB already been superseded?

Saville and Power are both however much less enthusiastic about the NDB than they are about the Asia Infrastructure Investment Bank (AIIB) that is currently in its foundation stage. The AIIB was proposed by China to support the economic integration and development of central Asia and the Indian Ocean Basin, primarily through the ‘One Belt, One Road’ initiative, which aims to rebuild the Silk Road trade links with Europe and Asia.

“The AIIB has a lot of deep strategic logic, but the purpose of the BRICS Bank is less clear cut,” Power says.

He says that while both have clear political motives, the economic sense behind the Asian bank is far more obvious.

“The AIIB is really filling a gap that was not filled by the World Bank,” Power argues. “Its aim is to develop an area that has essentially lacked investment and that will bring about a welcome improvement in parts of the world that, truth be told, the World Bank has neglected.”

Given the scale of what the AIIB is likely to be involved with, Power believes that to some extent it has already superseded the NDB. That is where the real development focus now lies, and BRICS has become rather tangential to China’s ‘One Belt, One Road’ vision.

“The logic around the BRICS bank, especially now with the commodities cycle having rolled over, is far less obvious,” Power says. “It was a child of its time and that time has passed.”

Brics will remain intact as long as the top three, Russia, India and China support it

Brics needs to mature before it can challenge current world order

Brics will remain intact as long as the top three, Russia, India and China support it

Brics needs to mature before it can challenge current world order 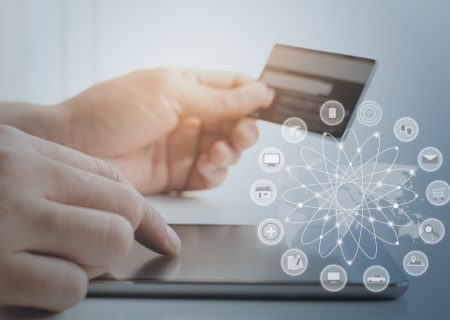