As most market commentators and economists anticipated, the Monetary Policy Committee (MPC) of the South African Reserve Bank (Sarb) decided to keep the repo rate on hold at 3.5% on Thursday, following its latest meeting.

Consequently, the prime commercial lending rate remains at a more than 40-year low of 7%.

Two members of the committee preferred a 25-basis point cut and three preferred to hold rates at the current level.

The Monetary Policy Committee has decided to hold the repurchase rate AT 3.5%, with effect from 18 September 2020. #SARBMPCSEP20 pic.twitter.com/P9l8zEcX07

As part of its response to the economic fallout from the Covid-19 pandemic, the Sarb has already slashed the rate at which it lends money to commercial banks by 300 basis points since the beginning of this year.

The move to hold the repo rate this time round comes just a day after President Cyril Ramaphosa announced that South Africa would ease its Covid-19 restrictions to alert Level 1 over the next month. This would see the further opening up of the economy, in particular allowing international travel for the first time in more than six months as of October 1.

Read:
‘SA’s international tourist summer season may just have been saved’
Ramaphosa: End of the beginning

“Since the July meeting of the MPC, the Covid-19 pandemic has abated in South Africa. A range of other countries however continue to experience a rapid spread of the virus. The economic effects of the crisis have been extensive and a recovery to pre-pandemic levels will take several years,” said Kganyago.

The Sarb now forecasts a GDP contraction of 8.2% in 2020, compared to its 7.3% contraction forecast in July.

This forecast however is still less ominous than the double-digit GDP decline predicted by the likes of the OECD and IMF.

“The lower second quarter is followed by revised projections of a stronger expansion in the third and fourth quarters of 2020. Further easing of the lockdown has supported economic growth. High frequency indicators generally show a pickup in economic activity from extremely low levels in April and May,” noted Kganyago.

“However, getting back to pre-pandemic output levels will take time. With a sharp decline in investment, potential growth estimates have been lowered, resulting in a smaller output gap over the forecast period. GDP is expected to grow by 3.9% in 2021 and by 2.6% in 2022,” he added.

“Despite a higher than expected inflation outcome in July and elevated levels of country financing risk, the MPC notes that the economic contraction and slow recovery will keep inflation below the midpoint of the target range for this year. Barring risks outlined earlier, inflation is expected to be well contained over the medium-term, remaining below but close to the midpoint in 2021 and 2022,” said Kganyago.

He also indicated that the repo rate cutting cycle may well be over this year, dashing hopes from some quarters that there could be one last 25 basis point cut at the MPC’s final 2020 meeting set for November.

“The implied policy rate path of the [Sarb’s] Quarterly Projection Model indicates no further repo rate cuts in the near term, and two rate increases in the third and fourth quarters of 2021,” Kganyago said.

The bank’s Quarterly Projection Model is however regarded as a “broad policy guide”, so the MPC may pull a surprise ahead of the festive season for South Africans.

“The 300 basis point rate cuts for the year to date are still taking effect, given the fact that the economy was in lockdown during the second quarter, and with restrictions not yet fully lifted,” he noted.

“With inflation currently just 3.2%, near the lower end of the 3-6% target range, there was the possibility of a further reduction in the repo rate in order to provide relief for debt-laden consumers. As the economy has largely reopened, lower rates are now likely to have more impact by easing debt burdens for households and businesses, and it is hoped that we will see an additional reduction in the repo rate at the next MPC meeting in November,” he added.

Too little too late, even at 0%, the unabated looting of State Coffers, nepotism, cader deployment and worst of all BEE, has finally brought the country to it’s knees

And the show carries on…

“How quickly all things disappear”

In our case the ANC have magically taken hope, prosperity, vision, growth and our Rainbow away

Time has come to get it back

Please send me your ideas.

By standing on our legal rights and stop looking in as spectators.

Start with our own communities, like many have, cleaning our own streets and public areas (withholding r&t keeping funds in a trust account until Municipalities come to light) Learn from the masses and start protesting against mayors and councillors earning millions without delivering..

Thats just for starters.. A tax revolt by SMME’s is a subject for another day, so chew on the above over the weekend

That should read “looking on”

Coupled to the above we must find a way to bring the corrupt to book. The ANC don’t evict their own, they all have dirt on one another.. hence the looting of OUR money will never end.

If you can think of an idea of how one can set these chain of events in motion, i would love to hear from you..After which we can start campaigning for a new leader

All the smug poeples who were hoping for more cuts are going to feel pain, especially when rates go up again next year. All those investment properties “snapped” up during this now-ended cutting cycle will be sitting tenantless with rising administered costs.

Hiking interest rates ever, is highly unlikely, simply because rates are forever on a downward path in the world economy. We just follow that path. US rates will never rise substantially ever again. Debt levels are just too high in the world, our debt levels are also way too high.

Those envisioned hikes in 2021 are highly unlikely. World economy is extremely flat. The shutting down of economies will take years to recover.

High unemployment and (I would think low inflation),
low interest rates in a low growth environment… Not sure if it would help much.

Governor Kganyago cannot truly believe this; these are words Cyril and his cavalcade of self-anointed intellectuals want to hear

He is talking nonsense.

That type of growth cannot be achieved in the short term.
maybe he is dreaming about Quarter on Quarter
But Year on Year …. its impossible. It took almost 10 years to achieve that type of growth previously… ask Trevor Manuel

Eish! I had hoped for a drop in the repo to enable me to get a bond to buy a house in Bonteheuwel. I guess I have to wait before I can do this transaction.

Having said that, this is not the right decision if you wish to
grow the economy. The article goes to length about inflation. Inflation
should not be important at this stage. We need to grow the economy irrespective. Decreasing interest rates is one step towards achieving this goal.

We wait for November. 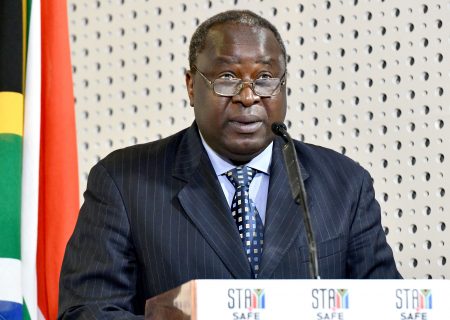