The prime commercial lending rate thus remains at a five-decade low of 7%. Recent unrest likely to slow our ongoing recovery.
By Moneyweb 22 Jul 2021  15:11 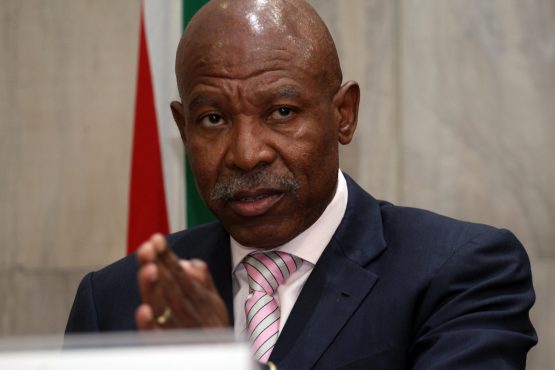 As most market commentators and economists anticipated, the Monetary Policy Committee (MPC) of the South African Reserve Bank (Sarb) decided to keep the repo rate unchanged at 3.5% on Thursday.

This follows the latest meeting of the MPC. Consequently, the prime commercial lending rate remains at a five-decade low of 7%.

Sarb governor Lesetja Kganyago said it was a unanimous decision by the MPC.

It is the sixth consecutive time that the MPC has opted to keep the repo rate on hold, after slashing rates by 300 basis points in total last year in the wake of the Covid-19 outbreak and financial fallout.

However, Kganyago said the implied policy rate path of the quarterly projection model indicates an increase of 25 basis points in the fourth quarter of 2021 and in each quarter of 2022.

FNB Chief Economist Mamello Matikinca-Ngwenya says, “In the previous MPC meeting, the Quarterly Projection Model (QPM) projected a 50bps hike in 2021, which may still happen during the September and November meetings. Our view is that while the MPC has given guidance that interest rates will start rising, it will remain aware of the prevalent cyclical economic weakness and the need to provide as much monetary policy accommodation as possible, for as long as they can.”

Kganyago said recent unrest and economic damage could have lasting effects on investor confidence and job creation. “The direct and indirect costs of these events will likely further slow South Africa’s economic recovery. We estimate the unrest to have fully negated the 2021 Q1 (first quarter) growth outcome.”

In addition, “Lockdowns and other restrictive measures that remain in place in a number of countries will continue to weigh on economic activity, particularly in sectors dependent on close contact, such as travel, tourism, hospitality and leisure.”

For now, economic and financial conditions are expected to remain volatile.

“But it is already clear that the impact on long-term investor sentiment depends not on the fact that widespread civil unrest has occurred, but on the degree of confidence displayed in how the situation will be managed from now on. The better SA is seen, both politically and economically, to be sensibly
handling the aftermath of the recent violence and looting, the sooner investor confidence will recover.

“What investors now need is reassurance that they will not be exposed to these risks again, because the right remedies and reforms will now be implemented that will keep SA investable. This challenge does not lie with the Sarb or monetary policy, but elsewhere.”

The GDP growth estimate for 2021 remains unchanged at 4.2%, while growth in 2022 is revised slightly lower at 2.3% (from 2.4%) and unchanged at 2.4% in 2023. The risks to the medium-term domestic growth outlook are assessed to be balanced. pic.twitter.com/al5HgqZbcG

“The pandemic has rattled the economy and the impacts should linger, with GDP only reaching 2019 levels in 2023. In addition, resurgent waves of Covid-19 infections and related lockdown restrictions pose a risk of slowing the recovery. While a cyclical recovery is expected, it will be uneven and industries such as hospitality remain vulnerable and may have experienced permanent business and job losses,” says Matikinca-Ngwenya.

The rand has depreciated since the May meeting. “The implied starting point for the rand forecast is R14.40 to the US dollar, compared with R14.46 at the time of the previous meeting.”

The bank’s forecast reflects higher food and petrol prices that push up near term headline inflation, before moderating in the latter half of this year and into 2022.

“Despite higher expectations and continued upside risks, the committee expects inflation to be contained in 2021 and 2022, before rising to around the midpoint of the inflation target range in 2023.”

Matikinca-Ngwenya says FNB expects headline inflation to average 4.2% this year and around 4.5% over the medium-term. “As such, slow demand-pull inflation should support a gradual and shallow rate hiking cycle.”

FNB CEO Jacques Celliers welcomed Sarb’s decision to keep rates unchanged “as it allows consumers and businesses temporarily relief to assess the impact of recent events on their finances.”

Adrian Goslett, CEO of RE/MAX of Southern Africa called the MPC’s decision “prudent”. He says increasing rates at this meeting could have had some concerning consequences for homeowners “who are already being pinched by the political unrest and harsher lockdown restrictions during the third wave.

“Those who entered the market within the last year will have become accustomed to having their bond repayments subject to the current interest rate. Many might not have room in their budgets under the current circumstances to afford an increase at this time.”

However, he cautions homeowners to leave room in their budget for potential interest rate increases.

However, Samuel Seeff, chairman of Seeff Property Group, believes a rate cut would have been more appropriate. “There is ample reason for the SARB to have stepped in to provide further relief and stimulus, especially given recent events in KZN and Gauteng which will further delay economic recovery.

“We simply cannot continue seeing this passivity while the economy remains undermined,” he says, adding that the damage from looting further exacerbates prevailing challenges until the economy is fully opened and functional.

He highlights that while property transactions remain above pre-pandemic levels, the current monthly average of around 20,000 is still about 25% below what would constitute normal market conditions compared with the last 20-odd years and about 50% below the 2005-2007 boom period.

Although too soon to tell whether the protests will dampen local property markets, Seeff says government needs to step up vaccinations and create conditions to return to economic growth and job creation.

You get lies, damn lies and SA Stats.

Core information is much higher.

Based on your methodologically collected data and published methodology? Or your feelings? What is ‘core’ inflation? Your expenses and anecdotes? How very pragmatic.

Where is the other guy who thinks the basket only consists of bread and milk and that it should be ‘revised’ to include things like cars and phones? Like it has for more than a decade? The comment that the well informed voted so much for?

Bibby, its based on real data from the street.

Yeah, you are faaar removed from the ‘streets’. Absolutely clueless. Inform yourself please.

In this thread, I predict people who have no idea about how AVERAGE inflation is calculated and what the basket includes but who still make up conspiracy theories based on their anecdotes. Gather your data and do the calculation yourself. It is easy – just get off the armchair. Get a PhD if you uncover a conspiracy.

But I guess it is easier to make up conspiracies to explain why your salary doesn’t keep up with your expenses. Victimhood.

What has that got to do with my comment? The basket includes many items from overseas – including flights and electronics.

Let’s be patient – maybe you have a point to make at some point.

Inflation is a very important tool for reserve banks to save the banking system from systemic collapse, especially when the greatest borrower, the government, cannot repay the debt in real terms. Therefore, inflation is nothing more and nothing less than the transfer of real purchasing power from savers to governments.

While the process impoverishes most people, it actually enriches some. Those who own assets that rise with inflation becomes wealthy in nominal terms, while those who don’t become poor in nominal terms. Those who borrow to purchase assets that beat inflation becomes wealthy in real terms because their financial situation is aligned with that of the largest borrower, the government.

Inflation is your enemy if you don’t understand it, and your ally if you do.

Thanks – but pretty sure even your state schools teach what inflation is.

There goes the neighbourhood.

Oh gosh, is this about the big time investor with the student account living in a cheap area thing? Time to move on boetie.

Can we all just start using Bitcoin please.

We have a once in a generation chance to experiment with quantitative easing (we are already there which is much better than trying to get there).

Please keep going and drop the rate further. See what happens with prime at another 2% lower? Clearly the carry trade survived an insurrection without the Runt collapsing too badly. 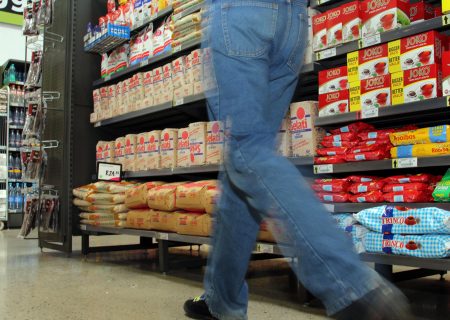 First bitcoin ETF starts trading in the US