Some of the biggest companies in South Africa could fall foul of regulations and lose business.
By Bloomberg 6 May 2015  18:38 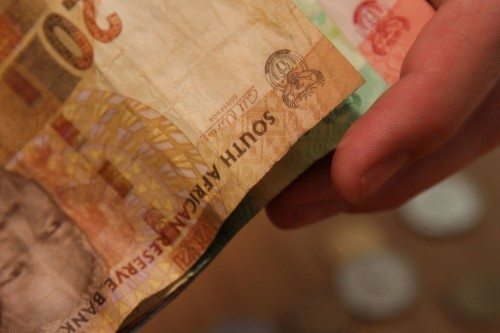 Some of the biggest companies in South Africa could fall foul of regulations and lose business after the government changed how it scores their compliance with regulations compelling them to give shares to black people.

The Department of Trade and Industry published a notice on Tuesday in which it said that black empowerment programs benefiting community and special interest trusts and employees will contribute less to a company’s compliance rating. The rating is needed to secure business from government and some other companies.

“It’s a really big issue,” Verushca Pillay, a director at Cliffe Dekker Hofmeyr’s corporate and commercial practice in Johannesburg, said by phone on Wednesday. The black empowerment “compliance level is relevant to them winning business from other companies and from government,” she said.

South Africa’s black empowerment regulations are designed to boost participation in the economy by black citizens and other groups who were disadvantaged during apartheid. The rules had, alongside ownership, given companies benefit for training black managers, promoting women and helping develop communities near operations.

The change in regulations could mean empowerment programs benefiting poorer parts of the population are unwound and end up going to black industrialists, Shaun Smit, a director with Johannesburg-based black empowerment advisory firm Transcend Capital, said by phone.

The regulations could be challenged by companies, Pillay said.

South Africa’s empowerment program has created black businessmen, some of whom have built up wealth of hundreds of millions of dollars. Prominent beneficiaries include Patrice Motsepe, the first black South African dollar billionaire and the brother-in-law of Deputy President Cyril Ramaphosa, who also took stakes in assets ranging from mines to a McDonald’s Corp. franchise.

Pity this article doesn’t give more info about exactly what “notice on Tuesday” says. But it’s not at all surprising that the spokesperson wasn’t available for comment after the notice was issued; it’s part of the diving and ducking approach, with Rob Davies knowing full-well he can’t look business in the eye due to the confusion he has created in BBBEE. No one knows what’s going on, what the final framework will require and when the minister is eventually going to get around to aligning the different codes and charters, etc
Davies is one of the most hopeless ministers in cabinet and his recent handling of the CIPC CEO is an example of his ineptitude.

And he’s a communist…