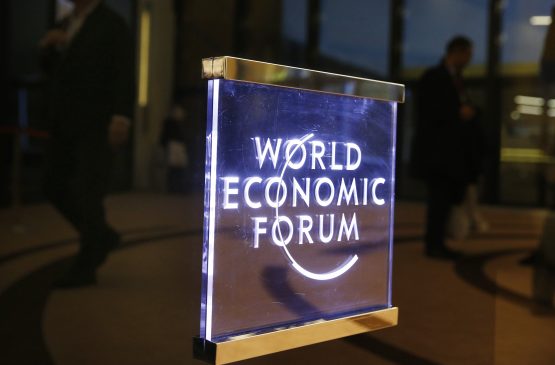 The report shows that South Africa’s economy is nearly at a standstill. Picture: Reuters

South Africa ranked 61, down 14 positions in the World Economic Forum’s annual competitiveness report, but remains one of sub-Saharan Africa’s most competitive economies.

The 2017-2018 WEF report compares 137 economies against each other and against a set of factors which determine the country’s economic productivity. The method looks at the 12 pillars of competitiveness. The report, which was released on Wednesday, shows that South Africa has declined steeply in its economic productivity.

Growth is being affected by persistently-low international demand for the country’s commodities, while the unemployment rate is currently estimated above 25% and rising. Political uncertainty in 2017 has decreased the confidence of South African business leaders. Although still relatively good in the African context, the country’s institutional environment (76th), financial markets (44th), and goods market efficiency (54th) are all rated as weaker than last year.

The Independent Regulatory Board for Auditors (Irba) issued a statement in response to South Africa’s dismal ranking, calling it expected but regrettable.

Irba CEO Bernard Agulhas said this result requires regulators in SA to work together to remedy and re-establish stability in SA’s capital and financial markets.

“Confidence in financial markets is dependent on perceptions of how safe it is to do business in a country, and such perceptions are influenced by levels of corruption, crime, downgrades and strength of financial institutions,” he said in the statement.

An economy’s level of productivity sets the level of potential prosperity for that economy. The productivity level also determines the rates of return obtained by investments in an economy, which are essentially the fundamental drivers of growth rates. (A more competitive economy is one that is likely to grow faster over time.)

Irba said it fully expected not to retain the number-one ranking for auditing standards, a ranking it enjoyed for the past seven years.

Given its role in public protection and regulatory standards for audit quality and independence, Irba has been working on audit reforms for some time and calls for more action towards corruption and irregular activity.

One of SA’s big four auditing firms, KPMG, was recently caught out for its involvement with the controversial Gupta family, or what is more commonly known as state capture. KPMG’s infamous Sars report, which focused on a ‘rogue unit’ within the body, resulted in the ousting of former finance minister Pravin Gordhan. While former KPMG CEO Trevor Hoole, COO Steven Louw, chairperson Ahmed Jaffer and five other senior executives have resigned, the auditing firm has not admitted to any wrong-doing.

Given its role in public protection and regulatory standards for audit quality and independence, Irba has been working on audit reforms for some time and calls for more action towards corruption and irregular activity.

“Our institutional pillars must be continuously strengthened, and as the importance of governance, transparency and ‘doing the right thing’ is again foremost on citizens’ minds, we can all work together to regain confidence in our markets, stimulate investment and reclaim our world-class rankings,” said Agulhas.

The world’s 30 most competitive economies – WEF

The world’s 30 most competitive economies – WEF