SA economy at a juncture 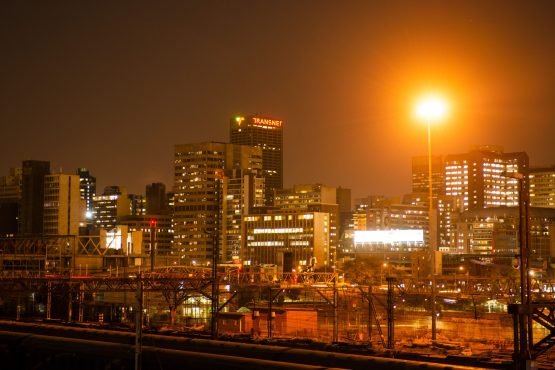 South Africa’s economy is teetering on a fiscal cliff, with a number of major risks looming on the horizon that could quickly derail any foreseeable growth.

I recently gave an update on the local and global economy at a webinar hosted by Allan Gray. The webinar was held against the backdrop of the State of the Nation Address (Sona) delivered on Thursday evening (February 10), as well as the Budget Speech to be delivered by the Finance Minister later this month.

The next budget will be critical for our country, especially given that the average growth for the next 10 years for SA is forecast to be below 1%, which is going to be a major problem.

Electricity supply constraints still present a major risk to economic growth. Eskom has a poor funding model given that it essentially relies on tariff increases from the National Energy Regulator of South Africa (Nersa) and Nersa recently rejected Eskom’s tariff application, putting the utility in a financially precarious position. However, it is positive news that the President committed to transitioning Eskom at the recently held COP26.

SA urgently needs to adopt economic reforms to turn things around, but the country is facing several headwinds all of which are making growth unlikely.

The lack of economic reform is scary. We should be making our cities work and getting our rail system functioning so that cheap transport can be more accessible. This will see more people going to the cities to find jobs. Instead, our solution is short-term and a quick fix in the form of extending social grants into perpetuity.

In FY24/25, the country’s debt service costs will be the second-highest expenditure item after education. This cuts out opportunities to grow the economy.

Turning to the global economy there are several risks that could impact SA, most notably inflation.

At a 7%, inflation is at historic highs in the US. This trend is the same for most developed economies and this is being driven by supply constraints brought on by the pandemic. However, inflation in emerging market economies is not rising as quickly, given that the knock-on impact of the pandemic on supply chains in these markets is not as severe yet, especially in SA.

Another risk is slowing growth in China. Although we are currently seeing a strong Asian recovery, if China spirals it will have an economic impact on South Africa.

But SA’s problems aren’t insurmountable and there are some easy wins: There is lots to do at the margins. We need to make it easier to do business. We need to support small business and incentivise corporates that are doing well to employ more people. We need to release spectrum and bring down internet prices. And we need more partnerships between the public and private sector.

Dr Thabi Leoka is economist and CEO at Naha Investments.

“When you see that in order to produce, you need to obtain permission from men who produce nothing –
When you see that money is flowing to those who deal, not in goods, but in favors –
When you see that men get richer by graft and by pull than by work, and your laws don’t protect you against them, but protect them against you – When you see corruption being rewarded and honesty becoming a self-sacrifice –
You may know that your society is doomed.”

Economic growth is simply the result of population growth and the changes in productivity of that population. The fact that 50% of our citizens are unemployed, shows that we have enormous potential for economic growth. There has to be a very serious design flaw at the heart of our economy if we cannot generate growth.

In the competitive environment of a market economy, where property rights are respected, the free, voluntary, and mutually-beneficial exchange between strangers who act in their own interest, leads to increased productivity and grows the economy to support a growing population size.

The competitive force is also present in a centrally planned, or collectivist economy. This system enables cadres, who also act in their own interest, to compete in a race to the bottom where everyone tries to lay his hands on the shared resources ahead of everyone else. This economic system shifts the focus from serving consumers to serving cadres. Consumers are held at ransom by the combination of government monopolies and collectivist policies that incentivize cadres to use their power to plunder that consumer at the maximum rate. The Zondo Commission illustrates this point.

People act on incentives, and different economic systems incentivize different behavior patterns. If we are not happy with the results, it simply means that the incentives are wrong. The Tripartite Alliance incentivizes cadres to shrink the economy and to destroy the economic foundation that supports the population size. The current population size is too large for ANC policies. Something has to give.

If we want to exploit the size of our population through employment opportunities we have the change the economic system from a centrally-planned economy to a free-market economy. It is that simple.

” Government “help” to business is just as disastrous as government persecution… the only way a government can be of service to national prosperity is by keeping its hands off. ”

A somewhat gloomy picture but you fail to note that tax revenue is up nicely, for now and could provide a tiny bit of wriggle room, if used wisely (ha ha – it will be blown on grants I reckon).

But you say “The lack of economic reform is scary.” But what you quote, ports, Eskom etc does not need “economic reform” it needs practical reform; privatisation, do away with corrupt BEE and AA practices etc. Not that it will ever happen.

We need, We need …. what we actually need is for the corrupt, inept and incompetent ANC to take a hike.

But that action is out of the mandate of the MW contributors and readers. That mandate is in the hands of a population that, like the ANC, simply does not have the capacity to understand or to care about the future of the country.

So now what, Dr Thabi Leoka?