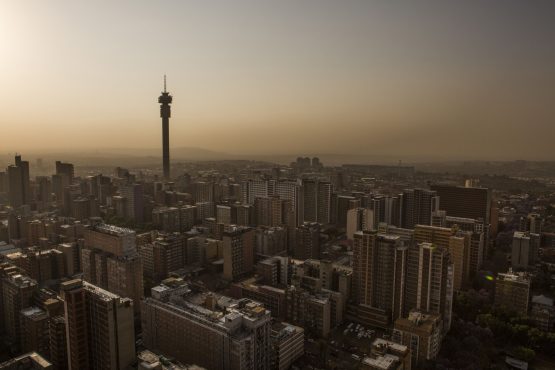 South Africa’s economy could contract as much as 8.2% this year if a second wave of the coronavirus hits the country and its trading partners, according to the OECD.

A renewed wave of coronavirus infections in October and November remains a possibility and that could also slow the recovery next year, limiting 2021 economic growth to 0.6% instead of 2.5%, the Paris-based organisation said Friday in a survey about South Africa. That’s despite some lockdown measures to contain the spread of the pandemic that remain in place.

The lockdown that started on March 27 gutted an economy that was already stuck in its longest downward cycle since World War II. With more than 480 000 confirmed Covid-19 cases and 7 812 fatalities, South Africa is the worst-hit country on the continent and the pandemic has yet to reach a peak, according to government projections.

If a double-hit scenario can be avoided, the OECD still sees the economy contracting by 7.5%, worse than the government’s forecast of 7.2%. To protect lives and minimise the risk of a second wave that could potentially lead to another large-scale lockdown, the OECD recommends further testing, tracking and isolating those infected. Augmenting medical capacity is also necessary to cope with another outbreak, it said.

Even when growth returns, rising government debt and policy uncertainty will hold back investment and limit economic growth, the organisation said. To improve expansion prospects “supporting the economic recovery in the short-run while undertaking reforms to increase potential long-run growth is key,” the study says.

These are some of the OECD’s recommendations:

Proudly brought to you by LootFreely House.

A contraction of only 8,2pct would be a bonus !

Agree, the contraction will be above 12%.

They have so many ‘good stories to tell’ regarding a ‘better live for all’.

Those are the right recommendations but, If we throw the right solutions into a pot, stir it for a while and then distil it down to the essence, it will say: “Disband the ANC”

Agreed Sensei but WHAT ??? Follows after the ANC : It only gets worse !!!

SAM The Taxman 7 days ago

8.2% would be good. At 33% unemployment the knock on effect in consumption(and consumption driven tax collections as well as PAYE and corporate taxes, booze and cigarette taxes, petrol taxes etc) , the increase in debt and consumer fear my guess is a 12% to 15% contraction.

Unemployment at this level is unsustainable and worse is that the small business owners have been bankrupted by the ANC gangsters. Add on corruption, the death of tourism, destruction of wine and other exports, the Comrade Pharmacy rubbishes R 15bn SAA bill etc and I think 8% is wildly optimistic.

Hey even the OECD approves of NHI!!!

You know I just realised that most of the shock has not come from the virus but rather the fear. Cape Town and he Western Cape at large are sitting with beds they provisioned that aren’t of much use. So beyond the looting, most of the PPE and beds, especially the beds, that were purchased were bought in vain. What a waste.

All those extra provisions were acquired based on the modelling which turned out to be way out.

Good recommendations, but unfortunately the ANC government will never implement them. The ANC’s solution to our problems is more unsustainable borrowing and tax increases that will only exacerbate the economic downturn. Future generations will burden by this debt for many years to come. Unless South Africa implements bold business and energy friendly reforms now, we will soon become the next Zimbabwe and Venezuela with mass unemployment (+90%) and starvation. Our countries future looks very bleak.

Perfectly reasonable list of recommendations. Sadly though, SA Inc (under the control of the faceless National Command Council) is still occupied with the destruction of the economy. Also, Cyril’s consultative approach translates practically means endless meetings within the ANC as well as other stakeholders i.e. labour, etc. Put differently – it’s impossible.

Project FEAR is alive and well i see!

Cases are the new DEATHS everywhere else in the world. Look at the UK, they keep having these mini lock downs – Manchester being the latest. Leicester was the last larger one. Why – because of ‘a spike in cases’.

In Leicester case, they had one testing station for 3mths – then opened an additional 7 centres in 10 days and they got a SPIKE. strange that. Same in Manchester now – they are doing 25 times the level of testing they were doing at the April 8th peak in infections – surprise surprise – they have LOCATED another hot spot. Damn the fact that everyone being told they are ‘SICK’ – are mostly asymptomatic productive members of society now forced into 14 days quarantine.

Beware track&trace – it is worst than lock down, a system that is hopeless unless you live in Pyongyang. You have a massive herd of government employees(tens of thousands), finding someone that was ‘positive’ (forget that it could be a false positive and also the 2-3 day time from testing to result), then checking + contacting everyone they have been in contact with or have been perceived to have been in contact with (beware government discretion – there is no such thing, jack boot only) – so if you went to gym that day, they deem everyone that went to gym after you the whole day and all staff MIGHT have been exposed and contact them and ditto wherever they have been … you are all instructed to go into 14 day isolation – we are now ‘losing’ our top UK accountant to this fiasco for the 2nd time in 1 month! He actually had Covid in April. So imagine his frustration being consigned to his house for a 2nd 14 day period (i think it might be 10 days). He reckons at least 147 people around him have been affected – it does not take a genius to work out how this can and will be used by government to just spiral out of control – and lock down whenever they want, clearly that is the aim globally.

As for this article – why are we so quick to pump the FEAR on covid 19 – but so quick in the next sentence to play down FEAR in the economy – NEGATIVE 8% – not in this universe! We are expecting -14% minimum.

As for the recommendations – this is all well and good in a first world, non communist, CAPITALISTIC country (Are there any left and i include the UK in this question?) – TIA – they are unenforceable/ unintroduceable(sic) – our culture and culture of corruption will not allow it.

(…unlike the impressive hardware described above, I ponder what SA will have left over to show after our ZAR 70bn Covid-19 loan is depleted?)

Back in Jan 2020, South Africa in its wildest dreams would not have envisioned that we will spend money on an ‘aircraft carrier’…

This is size of loan from the IMF.

Let that sink in (pardon the pun) for one moment….

This article warns us of the dire consequences for the economy should a second wave hit us. In another article the SAMRC tells us of more than 20000 “excess” deaths, which are probably caused by the pandemic, but not identified or reported by government. That is not fear mongering, this thing is more dangerous than we think.
It tells me two things. Firstly, government has no control over the whole process, and secondly, we must avoid this second wave at all cost, because then government will make an even worse mess of the economy.
So where does that leave us. Fact is, we will have to beat the pandemic, not with the help of government, but in spite of government.
So we can call government all the bad names we can think of, they deserve it, but we dare not drop our guard against the virus. It will depend on each of us how well we protect ourselves and our fellow citizens. To prevent this second wave and thereby not give government another round at destroying the economy, we should uphold the safety measures. Wear our masks, wash our hands, keep our safe distance, do everything we can to stop the virus from spreading, but keep on doing whatever we can to save the economy. The government lost the battle after the first 21 days when they started writing “crop bottom” regulations, but that does not mean that we must surrender with them.

Auretha, good point, but government allowed taxis to operate at full capacity and most people don’t follow the rules, so we have a big problem.