Even before the pandemic, SA was stuck in its longest downward cycle since World War II.
By Prinesha Naidoo, Bloomberg 4 Sep 2021  00:03 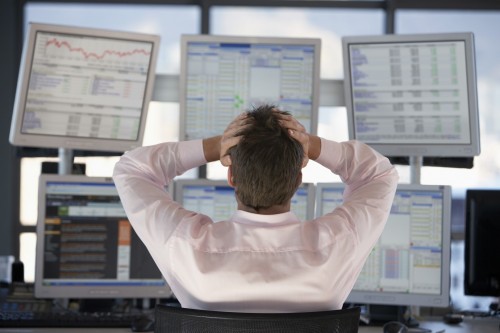 South African company executives named domestic economic uncertainty the top economic challenge affecting business for a sixth straight year, according to a sentiment index compiled by the Institute of Directors in South Africa.

While the poll of 480 directors from the private, public and non-profit sector and small and medium-sized firms took place Jan. 25 to Feb. 19 — when authorities tightened coronavirus restrictions amid a second-wave of infections — economic conditions were consistent with pre-pandemic perceptions, the group said. Gross domestic product grew an annualized 2% in the three months through June from the previous quarter, according to a median of 10 economists’ estimates in a Bloomberg survey ahead of data released next week. That coupled with deadly riots, looting and arson that erupted in July, will weigh on the recovery of an economy that contracted the most in at least 27 years in 2020.

Even before the pandemic, South Africa was stuck in its longest downward cycle since World War II and the economy hasn’t grown by more than 3% annually since 2012.

The government has formally adopted five blueprints to boost GDP growth and job creation since the African National Congress won the first all-race election in 1994. However, most of the policies have been stalled by powerful vested interests.

Some reforms proposed two years ago in a National Treasury policy paper, forecast to lift growth by two to three percentage points, and the Economic Reconstruction and Recovery plan unveiled by President Cyril Ramaphosa in October to revive the economy after virus-induced damage, are only now starting to show progress. These include getting electricity from independent power producers and steps to ease congestion at ports.

There is very little economic uncertainty. Corruption , lawlessness ,
electricity supply problems , crappy service delivery , deteriorating schooling and health services , water supply problems and a host of more
hassles will not go away as long the ANC is the governing party. The only
uncertainty is the dimension and timing of the next looting and burning riots.

It is quite funny actually. The investment community describes it as policy uncertainty when they shun away from acknowledging the fact that populists and exploitative politicians abuse their mandate from clueless and self-interested collectivist voters to extract the maximum benefits from the shrinking investment community. There are no uncertainties about government policies. They are crystal clear. It is your expectations that are murky and not aligned with the reality that South Africa is the most socialist nation on earth that still has a banking system.

A socialist state is a very intimidating place for capitalists. It is better to pull the wool over your own eyes before you bury your head in the sand.

Here we have economists and analysts trying to decipher SA’s predicted heading.

For me, it’s a very simple manifestation of SA that is on a long-term economic decline path, post peak Colonial development period & discovery of gold, etc.

SA then became one of the economic powerhouses on the African continent, well before WW2, and 30+ years post WW2. Influx of skills & capital contributed to SA’ growth, totally out of step in comparison to rest of continent.

Post 1994, the ANC has been trying hard to rid the country of exactly those colonial capitalists, entrepreneurs, skilled individuals whose forebears were responsible for such a huge 2-3 century economic build-up.

Obviously SA’s decline is long-term, and slow/protracted, but there’s no turning back (…also it debunks the myth of “it has to get worse, before it gets better” nonsense). SA took long to build up wealth & infrastructure, so naturally it will take equally longer (than Zimbabwe) to reach “mean average” presenting the African value system found on rest of continent.