‘SA has to grow at least 2.7% to appease ratings agencies’

Economic growth and SOEs have to be prioritised – Prof Adrian Saville.
By Inge Lamprecht 15 Feb 2018  14:10 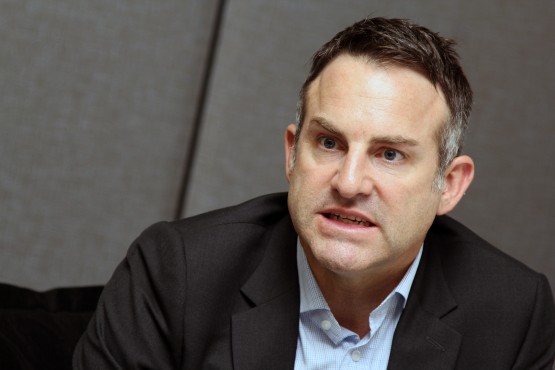 While the developments of the last two months have clearly demonstrated the strength of the South African constitution, the rule of law and the robustness of the courts, the country hasn’t done enough to get the rating agencies off its back.

Adrian Saville, professor at the Gordon Institute of Business Science (Gibs) and CEO of Cannon Asset Managers, says there are at least two agenda items that need to be addressed to appease ratings agencies.

The first is fixing state-owned enterprises.

“Balance sheets have to be repaired as part of the operational remedy. That is the one thing that we have to get right very quickly,” Saville says.

The second is economic growth.

His comments follow president Jacob Zuma’s resignation late on Wednesday after the ANC recalled him. Zuma’s term has been mired in controversy due to contentious cabinet reshuffles and allegations of corruption and state capture. S&P Global Ratings downgraded South Africa’s local currency rating to junk in November after months of turmoil. Its counterpart Moody’s placed the country on review for a downgrade. The local equity market cheered Zuma’s resignation on Thursday. The rand strengthened against major currencies. ANC president Cyril Ramaphosa was sworn in as president of South Africa on Thursday.

Moody’s is expected to update the market on its ratings decision in March. The budget, which will provide insight into the country’s fiscal position, is scheduled for February 21.

In a statement issued on Thursday, vice president for Moody’s South Africa, Zuzana Brixiova said the agency was closely monitoring the developments in South Africa and was focused on the policy implications of ongoing changes in leadership.

“The key point from a credit perspective will be the new leadership’s response to the country’s economic and fiscal challenges and progress in implementing reforms addressing them.”

Ramaphosa and his administration will require time to design and implement measures to improve economic growth and stabilise public finances, given the structural and institutional challenges that South Africa faces, S&P Global Ratings said in a statement.

“Economic growth remains low, impeding the path to fiscal consolidation. We think the government will attempt to introduce offsetting measures in an effort to improve budgetary outcomes, but these may not be sufficient to stabilise public finances in the near term,” it said.

Ramaphosa previously said the economic growth target for 2018 should be 3%.

“I think we could get there by the end of the year,” Saville says.

On Tuesday, the managing director of Goldman Sachs Sub-Sahara Africa, Colin Coleman, said the South African economy could grow by 2.3% in 2018 if the right steps are taken. National Treasury projected growth of 1.1% in the Medium-Term Budget Policy Statement. It will update its forecast on Wednesday.

What is the point of this article Inge?

The comments by dear Adrian are said more in hope than expectation. IMHO opinion he is infamous for his waffle. One is usually left feeling quite deflated after reading him. Just where is the meat on the bone? Where are the recommendations? Fix SOEs balance sheet how?

Any armchair critic could have said 90% of what he has said. Do not use him again.

PS Gibs students pay for him?

2.7% – why so low – lets make it 8% that zille promised if the DA were in power (thank goodness DA is now kaput as a political party). and the link to zille 8% rate is here-

You are quoting an article from 2011. When our government debt was much lower than it is now… With a whole different economic climate. Yes.

This video is from 2015, but also gives you a better picture of why it cant grow too much now:
https://www.youtube.com/watch?v=etpWnbqBc5I