Shying away from an even higher hike in the face of spiralling oil prices amidst the Russia-Ukraine conflict.
By Suren Naidoo 24 Mar 2022  15:13 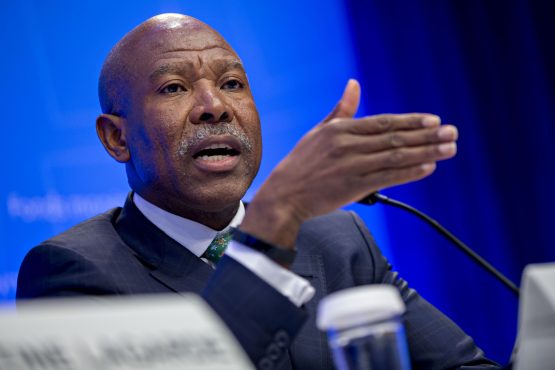 The repo rate of the South African Reserve Bank (Sarb) will increase to 4.25%, bank governor Lesetja Kganyago announced on Thursday, after raising the rate by 25 basis points.

Following the conclusion of the bank’s March Monetary Policy Committee (MPC), the committee opted not to go for an even higher repo rate hike, despite pressure from spiralling oil prices in the wake of the Russia-Ukraine conflict.

#MPCMarch22 The SARB's MPC has decided to increase the repurchase rate by 25 basis points to 4.25% This is effective from 25 March 2022. pic.twitter.com/nZu0Udt0hq

The 25-basis point increase was widely expected by most economists and market commentators.

It will see the prime lending rate of commercial banks increase to 7.75%.

Kganyago said that three members of the MPC preferred the announced increase (of 25 basis points), while two members preferred a 50 basis point rise in the repo rate.

He also warned about the impact of the Russia-Ukraine war and subsequent spike in oil prices.

“The risks to the inflation outlook are assessed to the upside. Global producer price and food price inflation continued to surprise higher in recent months and could do so again, particularly if the war in the Ukraine persists into the growing season.

“Oil prices increased strongly through 2021 and are up again sharply year to date, propelled
higher also by the war and economic sanctions,” said Kganyago.

#MPCMarch22 Headline inflation for 2022 is revised higher to 5.8% (from 4.9%) due to higher food and fuel prices. While food prices will stay high, fuel price inflation is expected to ease in 2023, helping headline inflation to fall to 4.6%. pic.twitter.com/IFeTk7apPL

He noted that oil prices spiked to around US$130 per barrel in the early days of the conflict “before easing somewhat”.

He said the Sarb’s forecast for headline inflation in 2022 is now revised higher to 5.8% (from
4.9%), primarily due to the higher food and fuel prices.

“While food prices will stay high, fuel price inflation should ease in 2023, helping headline inflation to fall to 4.6%, despite rising core inflation.”

“Global financial conditions are more volatile at present and with higher than expected inflation, [this] has pushed major central banks to start the normalisation of global policy rates,” he added.