SA’s economy: Hallmarks of a recession

The domestic unemployment rate and the ailing global economy is creating wide uncertainty in the market.
By Ray Mahlaka 11 Jul 2016  00:01 South Africa’s economy is already in a recession and citizens are getting poor, which is further confirmed by the downgrade of the country’s economic growth outlook to 0.1% by the International Monetary Fund (IMF).

This is the view held by the deputy chairman at Sasfin Securities David Shapiro on Friday at the 2016 Moneyweb Expo, where he delivered a presentation on evaluating South Africa’s economic and political future.

The IMF revised its outlook from its 0.7% citing deep-rooted structural problems, infrastructure challenges and the deficit in skills which is limiting growth in the continent’s third-largest economy.

“We can’t survive on a 0.1% economy. Although the economy is not really in a technical recession, but it actually is, as we are not growing at the same rate as the population or gross domestic product (GDP) per capita, which means that the size of the economy divided by the population is going down,” says Shapiro.

He says South Africa’s GDP per capita may be US$5 000 and keeps declining, while the US is probably at US$40 000. “We are about eight to ten times poorer than the average American.”

Arguably, the biggest problem South Africa faces is youth unemployment. “Those employed are having to carry the load of those who are unemployed… There is just not enough money for the tax base to invest in our future. That is the big issue. We need high growth and we need to improve our growth. The outside world is not helping our economy.”

Describing the pressure mining companies are facing, Shapiro uses Anglo American, once a bellwether for the mining sector and a proxy for South Africa’s economy as an example – the company’s stock on the JSE has been down 40%. “This reflects how South Africa’s mining sector has been under so much pressure for many years,” says Shapiro.

The manufacturing sector is also in the same boat. He says that the stock of steel manufacturer Arcelor Mittal has also been down by 40%. At the same time, the JSE’s All Share Index at the same period has climbed by 165%.

The global economy is not rosy either with a number of issues that have made investors jittery. The decision for Britain to leave the 28-member European Union, the upcoming US elections, the rout in the international oil price, the gradual rise of interest rates by the US Federal Reserve and the slowdown of China’s economy, are some of the issues top of mind for investors.

You need to bear in mind that the people you’re “arguing with” are those contributing to the numerator in the derivation for the $5000, and are likely to be somewhat more enterprising than the typical Aussie: there aren’t very many of them, and they alone are supporting the economy. The problem in SA is the denominator – a problem that the Aussies neatly solved by expediently but not so politically correctly killing it off.

you can “spin” as much as you like – but the numbers are – sa total gdp -$312.8 bn with a population of 55 million – aus was $1.62tn with a population of 23 million. in addition sa has the HIGHEST income inequality – aus one of the lowest. as regards hard working – the number of aussies who tell us of stories of japies they know who in the old country had numerous domestic servants and kids were never taught to look after their clothes – leaving everything to the domestic staff. no one (other than the top 1%) has domestic help in aus -QED

And how expensive are houses in Sydney again? Over R100k per square meter. And A loaf of white bread? R33. And a kg of tomatoes? R50. Enjoy buddy.

well I’m pleased to report that not ALL aussies live in Sydney – or indeed want to. as regards cost of living – its all based on remuneration. so trying to compare sa prices in rand to prices in aus$ is the proverbial apples to pears comparisons. my pa earns close to R1million per year – how much does yours? anyway I’m pleased to note that there are people in sa who don’t sit around arguing this type of rubbish – BUT put plans to action. overnight the sports commentator D Ackerman announced he was “packing for perth”.-
http://www.sport24.co.za/Cricket/supersport-confirms-ackermans-departure-20160712
a lot of research and expense would have gone into him picking up a head of coaching at a private school –

Bob in Sydney,
If you hate South Africa so much, why do you follow our news so closely?
Sitting in Sydney and harping on about the problems in SA is not very gracious, somewhat unhelpful and rather irrelevant.
Don’t you have anything better to do with yourself, like swat flies or something?

@Rob in sydney…you deduce from the gdp per capita difference of whole countries that individual posters on this site should not be arguing with you?! come on son! we all already know you are a clown but now you are embarrassing yourself. or are you just here to wind everyone up?

He’s what the law would describe as a “vexatious litigant”. Best to ignore him.

The NEON LIGHTS of recession have been out for a while now.

The biggest disgrace of the ANC is the unemployment figures. Why not get the best brains of the government, business and labor together and come up with a plan to increase the growth. Why leave the country to stagnate?

Dogwise, you may find brains in the business sector, but alas, in the other two no brains in abundance, just corrupt thieving opportunists.

What this country needs are people who have been in business or that are in business and that are successful. After all running a country is like running a huge business. ie SA Inc.

as regards mr ackerman departing for perth – he said as follows:

“SA has so much potential,” Ackerman continued.
“However in my entire life, I don’t think I have ever seen anything more common than something or someone fail to reach their potential. I fear this may be the case with my beautiful country.
“I truly hope that SA does go on to reach its true potential and that crime decreases, corruption slows … and an equal opportunity is there for all The proposal is currently ‘non-binding’, however if the deal is sealed, it will see RBPlat becoming yet another company to delist from the JSE. 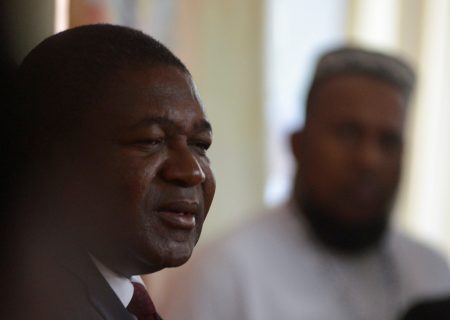