The facility is the country’s maximum entitlement under its special drawing rights with the IMF.
By Prinesha Naidoo, Bloomberg 28 Jul 2020  17:14 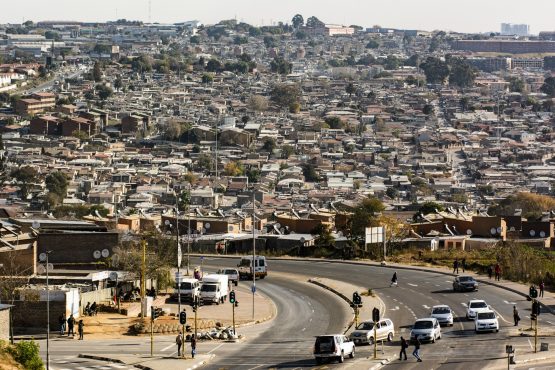 South Africa’s $4.3 billion emergency facility from the International Monetary Fund will be released on Wednesday and the country will only start repaying the loan in 2023.

The foreign-currency loan to assist in fighting the coronavirus pandemic was approved Monday and will be disbursed as a lump sum into the government’s account at the central bank, Montfort Mlachila, the Washington-based lender’s senior resident representative in South Africa, said in an interview. The South African Reserve Bank is the fiscal agent for the government in dealings with the IMF.

The facility is the country’s maximum entitlement under its special drawing rights with the IMF. It is payable over 3.25 to five years at 1.1% interest. It has to be repaid in eight equal instalments, the first of which is due at the end of 2023, he said.

The money comes after some senior officials in the ruling African National Congress and its alliance partners initially rejected suggestions that the government seek help from multilateral lenders. The conditions of structural adjustments attached to such loans would undermine the nation’s sovereignty, they said. However, the IMF said emergency loans that are aimed at the virus and health interventions come without the usual conditions that have concerned past borrowers.

“The government is entirely free to use it as it sees fit,” Mlachila said. “Obviously, we would like the government to use it for appropriate purposes, including in the direct fight against Covid-19 in terms of the health interventions as well as other economic measures to reduce the impact of Covid-19 on people’s livelihoods and to preserve jobs.”

Corruption crackdown
The loan comes days after President Cyril Ramaphosa said the government will crack down on corruption linked to its coronavirus response and ordered a probe into the misuse of public funds. Nine government agencies, including the National Prosecuting Authority, police and national tax agency, are investigating allegations of wrongdoing.

With more than 450 000 confirmed Covid-19 cases and 7 257 fatalities, South Africa is the worst-hit country on the continent. A lockdown aimed at curbing the spread is devastating the economy, with the government expecting it to contract 7.2% this year.

“South Africa does not have outstanding credit from the IMF and its capacity to repay” the loan is adequate, the government said in its letter of intent to the lender. External- and public-debt sustainability indicators will not change significantly as a result of the loan “and we will take any necessary measures to maintain debt sustainability,” according to the letter that was co-signed by Finance Minister Tito Mboweni and central bank Governor Lesetja Kganyago.

An increase in virus-related spending, including a R500 billion stimulus package, is set to add pressure to an already strained fiscus. Government debt is projected to peak at close to 90% of GDP in 2023-2024 and the budget deficit will swell to a record this year.

All countries receiving emergency assistance from the IMF have agreed to transparently report spending, the lender said in a letter to the opposition Democratic Alliance.

Willing to bet that they will not !!!!

They will borrow from Peter.