Free movement of people: the real driver of growth 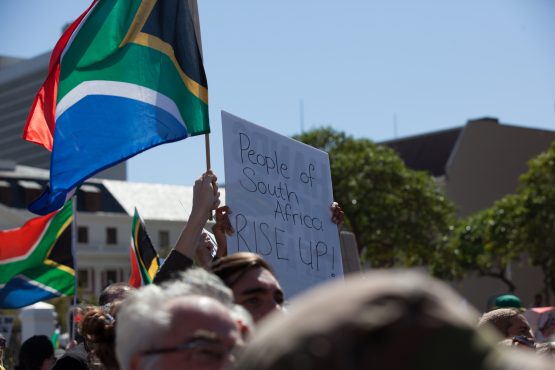 Foreigners must be seen as part of the solution to building a competitive and dynamic future for everyone in South Africa. Image: Shutterstock

South Africa’s connectedness with the rest of the continent is now more crucial than ever for growth and opportunity.

This, however, requires South Africa to drastically shift its mindset around entry controls and recognition of the economic and cultural value of immigrants.

Foreigners must be seen as part of the solution in building a competitive and dynamic future for all of us in South Africa, toward a continent that will be prosperous as a collective.

Africans across the continent have been separated from each other and isolated through a range of artificial barriers and borders for decades. Economic integration has traditionally focused on the obvious advantages of trade and investment facilitation. But studies show that connecting people is not only a useful cultural enabler, but also a crucial prerequisite to lasting economic integration.

The free movement of people directly addresses skills deficits and innovation in labour markets. Knowledge sharing and promoting entrepreneurship through borderless business is another benefit, over and above the virtues of so-called economies of scale and increased market and product diversification. This all boosts country competitiveness and ultimately drives economic growth.

South Africa is in desperate need of such outcomes.

Yet in this country, where lacklustre economic growth is hindering the delivery of critical development imperatives with widening inequality, we remain relatively closed off from the rest of the continent. This is especially true when it comes to enabling the movement of Africans from other countries to South Africa.

According to the African Development Bank’s Visa Openness Index, which measures the ease of travel for Africans across the continent, South Africa has made little progress in facilitating and promoting the free movement of people across its borders in recent years.

Failing to improve its ranking from 2017 to 2018, at 34 out of the 54 countries measured, South Africa requires travel visas from 38 of the 53 other countries in the study. Just 15 African countries have been granted visa-free entry. And no ‘visa on arrival’ option is available to Africans travelling to South Africa. This is well below the continental average.

Africa also lags other regions in people connectedness. Over half of the countries in Africa demand prearranged visas for entry from fellow Africans, with only a quarter granting visas on arrival. Seychelles and Benin, the joint leaders of the 54-country index, are the only two that offer visa-free travel to all African countries.

Africa’s intra-regional trade as a percentage of total trade is the lowest in the world at around 16%. In Europe, this figure is 70%, 55% in North America, 45% in Asia and 35% in Latin America.

Today it is easier for Africans to do business with markets far away rather than with their immediate neighbours.

This is what decades of disconnectedness and the absence of key enablers of trade – such as functional road and rail infrastructure, energy and telecommunications – has led to.

The African Continental Free Trade Area (AfCFTA) agreement, launched in July 2019 and signed by 54 of the 55 African Union member countries, aims to address this problem through the establishment of a massive free-trade zone that is expected to boost intra-Africa trade by more than 50% by 2022, generating over $3 trillion.

But AfCFTA’s goal of scrapping tariffs on 90% of imports from other African countries within five years is unlikely without the free movement of people between African borders. The experience of other regions and a growing body of empirical evidence shows that the movement of people is the biggest driver of economic integration. Despite this, the much-talked-about ‘African passport,’ granting holders to travel across the continent visa free, is a long way from being ratified.

We should be saying ‘welcome’

South Africa, by far the largest economy in Southern Africa and the only middle-income country with an economy based on both industry and services, is well positioned to benefit from the AfCFTA agreement. Recent xenophobic attacks, and the subsequent retaliation by countries across the continent on South African-owned businesses and consulates, has dampened enthusiasm around the agreement and impacted business.

With a history of xenophobia against African foreigners, South Africa has much work to do to dispel the myth that immigrants and refugees are the cause of unemployment and rising crime.

A recent report by the World Bank, Mixed Migration, Forced Displacement and Job Outcomes in South Africa, shows that immigrants had a positive effect on jobs and wages in South Africa between 1996 and 2011.

Rather than competing for scarce jobs, African immigrants have increased opportunities for locals by creating jobs and businesses that complement employment.

Over 25% of immigrants opt to be self-employed, compared to 16% for locals. On average, one immigrant worker generates approximately two jobs for locals. The businesses started by immigrants are potential employment multipliers that contribute directly to broad-based economic growth.

The free movement of people has long been a driver of economic growth and development. This is evident throughout history in the rise of economic powers from Europe to the US and, most recently, China. Africa is no exception. But the continent is yet to leverage its demographic potential and vast cultural diversity.

Africa needs to harness this untapped resource and build economies of scale by connecting its people to compete globally and generate stable economic returns.

Professor Lyal White is senior director of the Johannesburg Business School  and Liezl Rees is head of the Centre for African Business, both at the University of Johannesburg.

This hits it right on the head. SA needs a massive attitude change. The question is how. There is clearly a cultural and/or value system challenge where thinking has to be changed. It is like we see competition and foreigners in SA as a threat rather than an opportunity.

Leadership is critical and some leaders are fueling this the wrong direction. It seems like there are many community, hostel, social society and other leaders of many small groups under the radar (similar to the construction sme issue) that is going straight against an open foreigner approach, are acting criminally to promote their own interests against business and foreigners, and leading people in the wrong direction.

How do we change this in a failing state? There is no legal success on prosecution of the economically crippling corruption of a decade. No clear success so far on legal prosecution of people who burns shops, damages road and infrastructure, etc. Prosecution is one step, the real challenge is changing hearts and minds. How do we get people to see the light that the facts are that more foreign people, more foreign businesses and less burning will improve the economy for all?

Great theory if you ignore the social costs – where do all these people live, access healthcare, education etc etc. In theory the tax take should increase but given the low level of compliance and the ever growing Grey economy is this likely to happen. There’s no examination of the qualitative aspects of growth and the impact on society. I’m no socialist but this sounds like a great theory if your a businessman seeking a large pool of cheap, flexible labour and a pretty poor idea if your aspirations are a little higher. The solutions to SA’s multiple socioeconomic problems have many more dimensions than free movement of labour in my opinion and require a deeper level of thoughtfulness.

The last problem South Africa needs is this so-called ‘free movement of people’ is the main driver of growth. That statement is just absolute unfettered hogwash. There is no problem vetting people who come here to contribute skills, but we don’ need beggars from everywhere, including Europe, Asia, and the Americas (and that iss – all the Americas, North and South). Take a look around does it look to anyone like we have a shortage of people coming here to overstay their visas and work illegally and or commit crimes with reckless abandon? Not to me. If this ‘free movement’ of people is such a great ideas, why are European countries and North America not implementing it? Precisely because it the biggest scam of moving crooks and homeless people to places like this that want to allow every Tom, Dick and Harry in. We don’t need that, we have enough problems as it is. Stop this scam, there is no benefit here, rankings or no ranking. Close the border already and ship out the scammers!!!

Go back to india first