The use, abuse and vulnerability of company tax losses Bosman said that at the end of last year, the South African Revenue Service (Sars) and National Treasury released figures based on 2017 tax loss data.

Only 25% of companies in South Africa were in a tax-paying situation, 50% declared nil income, and 25% were carrying forward assessed losses.

These losses were attributed mainly to the 2007/8 recession; the companies concerned had not yet traded out of these losses.

Bosman is of the opinion that “to say that 25% will be tax-paying this year is being generous”.

Read:
Covid-19: SA will need R3.4trn to recover
Sars, have you taxed that Aston Martin?

Brincker spoke of the trading in assessed losses – a tax avoidance mechanism where a company is purchased by a buyer who can utilise its assessed loss. The ‘purchase of a company’ means securing the controlling interest by acquiring shares, voting rights, or both.

Brincker said Sars and Treasury are in a difficult position. Taxpayers are barely surviving, and the little bit of income they have been making since lockdown shouldn’t be paid in tax but be invested back in the business.

He referred to Section 103(2) of the Income Tax Act – an anti-avoidance section that deals with this practice. Essentially, for Sars to challenge such an instance, there must be a change in shareholding, and income must have been received.

The judgment in the case of Conshu (Pty) Ltd v Commissioner for Inland Revenue in 1994 held that Section 103(2) was only applicable “when you actually applied the assessed loss”.

In the Conshu matter, a new business was inserted into the company after it had changed shareholding, but the company made a loss in the first year; in other words, the assessed loss was increased.

However, Brincker said recent case law has held that Section 103(2) can be applied “in any year of assessment where income is received.”

He mentioned that the purchase of a company with an assessed loss of over R50 million must also be reported to Sars under the reportable arrangements regime.

Reportable arrangements are covered in Sections 34 to 39 of the Tax Administration Act, which deal with tax avoidance. The law holds that certain arrangements – those where an ‘arrangement’ refers to any transaction, operation, scheme, agreement or understanding – have to be reported to Sars.

Brincker said that when such an arrangement is reported, Sars can then take steps to ascertain whether the use of the assessed loss was acceptable.

Bosman mentioned that Treasury has proposed limiting the use and carry forward of assessed losses.

She said there is international precedent for this as very few countries allow 100% utilisation of tax losses or unlimited carry forward. Many only allow a portion of assessed losses to be used and limit the carry forward. Some will only allow, say 80% of income, to be set off against an assessed loss.

Brincker referred to Ireland, which is on the other side of the spectrum. It recently introduced legislation that provides for the ‘carry-back’ of a loss to a previous period (for example, where 50% of losses can be carried back to a previous year). This enables the company to then utilise the cash (not for a dividend) but to make an investment.

Benetello said it is a balancing act, where companies can factor in losses to ascertain whether they can embark on new projects.

If a company cannot utilise an assessed loss this can limit the appetite for new investment.

Bosman agreed, and explained that when preparing a financial model for any investment (to ascertain its viability), tax losses are an important line item that will affect the profitability of the investment. Bosman said that not being able to access an assessed loss can be significant.

Brincker said that in certain industries – developing a mine, for example – the benefit will only be reaped in a couple of years, when profits are made. Initial investment allowances will exceed the profits, resulting in an assessed loss that will be carried forward for use against future profits.

Brincker emphasised that “we must do what we can to encourage investment”.

Benetello raised the question of tax collection: “Where collection is an issue, is addressing assessed losses effective?”

Brincker referred to the number of companies that contribute to tax revenue as mentioned by Bosman – where “only 250 companies contribute”.

He pointed out that investment is at a premium and government has taken a number of steps to incentivise companies to employ people – and that “if you don’t have investment … there will be no increase in employment”.

Capital-intensive industries require large investments, and there is a substantial lead time before a profit is made. The government should be careful not to disincentivise investment.

“Capital is mobile, [but] is South Africa an ideal investment destination?”

Brincker hopes there will be further dialogue down the line on the subject of balancing investment and revenue collection. When Bosman mentioned the possibility of, for example, the sugar tax liability or carbon tax liability being set off against a company’s assessed loss, Brincker said that if one looks at the motor vehicle industry, there is support for this idea.

Tax is too complicated and unfair already. If carbon and sugar taxes and income tax assessed losses are crossed over, all that will happen is the few legit, profitable, honest companies will end up paying more.

What next, allow companies to offset a net VAT liability, PAYE dues and import duty against an assessed loss some big tax lawyers managed to sell into your group??? Imagine the new tax schemes the firms wil then come up with!

Tax schemes should NOT be allowed to be devised by “Tax Experts”!

Sounds a bit of an oxymoron, but bear with me …

No profession will “design themselves” out of the equation into a lesser, and especially less profitable, role.

Right now, we have an ever more Byzantine tax system, actively created by these very same tax experts, whose entire livelihood DEPENDS on the continued existence of suffocating complexity – which can only be navigated via their (paid for!) expertise.

All this unnecessary, self-serving complexity FALLS AWAY under a SIMPLER tax system based on indisputable TURNOVER, rather a “PROFIT” that can – and routinely is FUDGED – to be as low as possible.

What this country desperately needs is this drastic change to the national tax system.

And then for the hordes of these now unemployed “tax consultants” to be put to PRODUCTIVE work that brings new money from OUTSIDE de our borders INTO our country.

Oliver R Tambo called for the “economy of SA to be brought to its knees”.

While EFF is trying its hardest, via theft from banks and insurrection against retail; the real heroes are the good people at SARS. Their arrogANCe and hostility to taxpayers, combined with agressively pushing the law to extremis to avoid paying refunds (probably crossing the line into theft — the wrongful taking of the property of another) and cumbersome procedures deserves an Order of The Hammer & Sickle, or whatever it is they ANC likes to give one another.

Meanwhile SARS will continue with its menacing audits of individual’s tax returns, thereby simply driving a further wedge between it and tax payers. 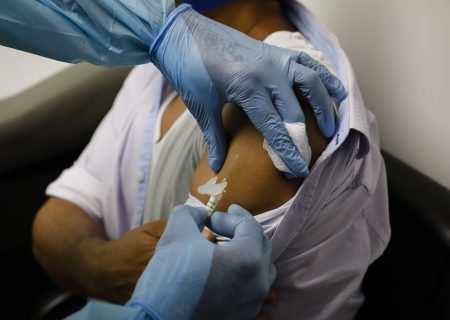