The impact of the chokehold on economic activity will be spelt out later this month.
By Amanda Visser 11 Jun 2020  00:01 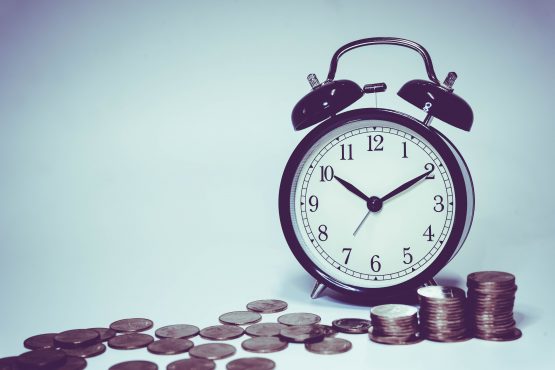 The lockdown and its often bizarre regulations may put the economy back where it was in the late 1960s. Image: Shutterstock

Economic depressions and recessions have two phases – shocked and post-shocked.

In the first phase governments do everything just to keep the wheels turning, and in the second the debt repayment nightmares start.

Finance Minister Tito Mboweni will be delivering an ’emergency budget’ later this month (June 24, but maybe this will change) – something that didn’t even happen during the 2008 financial crisis. The impact of the three-month Covid-19 choke on economic activity will be spelt out.

Most South Africans find it difficult to understand that the lockdown and its sometimes bizarre regulations may result in the economy being set back to the same levels as the late 1960s.

It is going to be extremely difficult to crawl out of this pit the country finds itself in, says Ferdie Schneider, head of STA Konsult and newly appointed chair of the South African Institute of Tax Professionals (Sait).

The task of reviving a smothered economy

He says government has been trying to keep the economy going through the use of two measures – fiscal (grants, incentives and relief schemes) and monetary (bond buy-backs and interest rate cuts). However, he believes that if the lockdown continues these measures will be of little consequence. The economy will remain smothered.

He notes that economic growth in February was estimated at less than 1%. Economic modelling by National Treasury now indicates that the economy may contract between 5% and, in the worst case, 16%.

If the worst case plays out the South African Revenue Service (Sars) estimates that the revenue loss for this year could be as much as R285 billion, Sars commissioner Edward Kieswetter said in an earlier television interview.

The focus will have to be on the expenditure side because any attempt to increase tax rates in order to raise revenue will be futile.

He believes two of them will have to be put on ice – the restriction on the offset of assessed losses carried forward to 80%, and the proposed scrapping of some business incentives following a Treasury review on the effectiveness of incentives. The one that may still be on the cards is the proposed limitation on interest deductions on loans from foreign entities.

Sait CEO Keith Engel says businesses are on their knees. South Africa is going to experience many more bankruptcies in the next 18 months.

“There will come a time when people will feed themselves before paying Sars,” he says. “The lockdown concept is not sustainable and the strict lockdown in a country like South Africa is economic insanity.”

The focus in the emergency budget should be on minimising government debt, deregulation, and how to shift the priority from wasteful expenditure to growth-enhancing expenditure.

Tax revenues will be needed, but taxes need to be applied with extreme care so as not to curtail domestic economic recovery, Engel warns.

Van Rensburg says the potential earmarking of R21 billion for the creation of a new government airline is like a household hanging on to the newly acquired luxury SUV when both parents have lost their jobs.

“In government’s budget the luxury that will have to be cut is the new SAA. We are in for a massive deficit, and we have to look for ways to limit the deficit.”

He says the country has for the first time approached the International Monetary Fund (IMF) for a “soft loan”. Although the loan comes with a few terms and conditions it does open the back door, and it will become easier to borrow next time.

“We have been building a massive economy that no one can see. Once it has been allowed to breath and grow it will be difficult to stop,” says Schneider.

What to expect from Sars

The firm expects far more scrutiny from Sars, particularly on the corporate income tax side. Corporate taxpayers with a June or December year-end will have to file their provisional tax returns, and the first payment is due at the end of this month (June).

The deferral in the payment of provisional tax is welcomed, but taxpayers still have to estimate the full tax liability for the year, she says. Even though there is a deferral on the first payment, the calculation has to be substantiated.

Sars will not levy a late-payment penalty because of the deferral, but if the provisional tax liability has been underestimated there will be a penalty.

De Jager says although there will be commercial reasons for lower declarations, taxpayers will have to be ready for Sars’s queries.

“It will be important for taxpayers to ensure that they can support any position they take in the tax returns,” she says.

“We advise them to pay more attention to detail with the preparation of supporting schedules. We are expecting an increase in audits.”

Amidst all the self-inflicted gloom, there is at least a silver lining in that the regime will be starved of money for the cadres to steal, as the economy increasingly goes underground.

…the Zuma clan is the state mafia ..and the underground economy is theirs to expand on

Its the honest suckers who pay their dues to the state

…we pay him cash and rightly so

The chickens are coming home to roost. After running the country’s finances into the toilet for the past 26 years, the government now have an excuse that they will blame – Covid 19. Perhaps now they will see the importance of starting to charge, convict and jail those who were responsible for getting the country to its knees. Had those in charge not been so greedy in the past, we would have sailed through this crisis with ease.

The existence and scale of the informal sector is just confirmation of the ineptitude of the Govt. Which is mostly due to corruption, wrong policy and mismanagement.

The new SAA will solve all problems.

The chickens are coming home to roost. In the last 2 decades or so, ‘The State’ was amply funded by people and companies who, to quote Elon Musk, ‘made stuff.’ Or provided excellent services that had actual value. So the people in ‘The State’ who did little real work of note, could live the high life. Many of them (some of whom are still high up in the ANC) were massively involved in corrupt tenders, providing very little value (if any at all) at exorbitant prices. People like the Zuptas stole billions.
But now things have changed drastically. ‘The State’ will be getting massively reduced income this year and onwards from taxes. It is however still trying to hang onto shreds of its former income. Plus keep proud vanity projects like ‘our State airline’ afloat. Our govt is split between those who accept the new reality (Mboweni) and others who still think ‘The State’ can provide (Gordhan, Patel, Davies etc). It can’t. As with dozens of other countries worldwide, Communist ideology has now come crashing down. ‘The State’ is effectively bankrupt. And now fast becoming reliant on nasty capitalist inventions like the IMF. Mboweni’s budget will be very interesting indeed.

And nothing stops them. KZN paid twice as much per item for school PPE’s than the Western Cape. And shows no shame, despite having an even bigger advantage with economies of scale. No opportunity to loot is missed, crisis or no.

As per certain commentators above, the chickens are certainly coming home to roost but not to worry, our pension funds will soon be raided to make up the deficit…

Wierdsick.a herself has offered up your investments with Syg.nia to bail out failing SOEs and to avoid going to the IMF…

The National Command Circus seems to be spinning its wheels now. This endless and pointless lockdown is a stark reminder of George Orwell’s 1984: ” Nothing exists exept an endless present in which the party is always right. “

I do hope the chief perpetrators of this malaise, I.e. Mrs Zuma and Ebrahim are present to hear the total devastation their policies have caused.