Organised business bodies in Durban alarmed by planned relocation, saying it does not make sense.
By Suren Naidoo 2 Feb 2021  10:11 The landmark new eMendi building at the Port of Ngqura, which was completed at a cost of R255 million in 2017, is set to become the new head office of Transnet National Ports Authority. Image: Supplied

Transnet National Ports Authority (TNPA) staff in Johannesburg and Durban are not the only ones up in arms about a decision to relocate its head office – currently split between the two cities, to a new single HQ at the Eastern Cape’s Port of Ngqura, 20km north of Port Elizabeth.

Organised business bodies in Durban, including the Durban Chamber of Commerce and Industry (DCCI), the KwaZulu-Natal Growth Coalition and the South African Association of Shipping Operators and Agents (Saasoa) have expressed shock and disappointment at the move, saying industry was not consulted.

This follows TNPA confirming the move in a statement last week, after the Sunday Times reported that the decision has caused an “internal revolt” among staff who now must relocate to Port of Ngqura from April 1.

With Durban being sub-Saharan Africa’s busiest container port, the three bodies have raised concerns that the city has not only been overlooked as the “natural choice” for TNPA’s consolidated office, but that the move will also result in the closure of TNPA’s office in the city.

“It is shocking that such a decision was taken without consultation, especially with local business and the shipping industry….

“This move will be detrimental to the Port of Durban. It can’t just have a port manager – it needs executive focus as the country’s busiest port, handling over 60% of container cargo traffic,” she says. 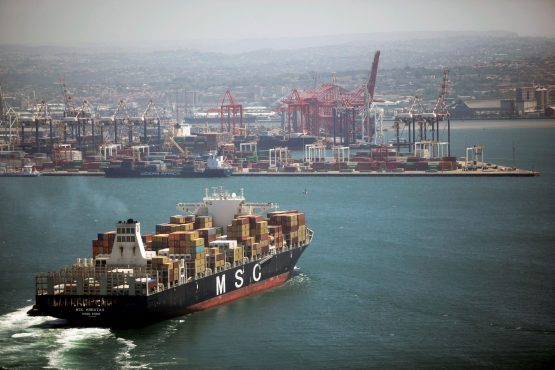 “We hope that this decision is not cast in stone. It does not make logistics sense, especially with the Durban-Johannesburg corridor being the key import and export route for SA. In addition, there are so few flights between Durban and PE, a city that also does not have direct international flights,” adds Phili.

In TNPA’s statement, Silinga noted that the move is part of Transnet (Group’s) “ongoing cost-saving and efficiency initiatives”.

The ports authority claims that the move will bring about savings of approximately R25 million a year from lease agreements for the two offices in Johannesburg and Durban, however, it did not mention the overall cost of the relocation itself.

“Relocation of a head office of any large organisation is a significant business decision that is preceded by serious strategic considerations. The relocation of a seaport authority’s head office from a landlocked city, closer to its operations, ensures that TNPA serves its customers at the point of execution,” Silinga said.

“It bears reiterating that the strategic decision for the head office of TNPA to locate at one of the SA’s ports dates back over 10 years, which decision was not implemented, for reasons unrelated to the interests of the port authority and/or its customers,” he added.

Moneyweb understands that Durban was in the running to become home to the consolidated head office for TNPA initially when the plan for a new cruise terminal building at the port was first mooted around 2010.

However, there have been delays in developing the terminal, which only got the green light in 2019. The new plan did not include space for TNPA’s head office.

In the intervening period, the new 10 000 m2 eMendi building at the Port of Ngqura was completed at a cost of R255 million in 2017. However, it is unclear what the business case was for its development as it has been standing largely empty since then.

Silinga conceded in TNPA’s statement on the head office move that the eMendi building “is currently under-utilised”. However, he noted that the building presents an “opportunity to significantly deliver cost-savings for Transnet”.

“The eMendi building is currently being reconfigured into a layout suitable for accommodating the TNPA head office resources,” he said.

“The Eastern Cape is centrally located between the KwaZulu-Natal and Western Cape regions, and hosts three of the eight commercial seaports operated by TNPA – East London, Port Elizabeth and Ngqura,” he pointed out.

“Transnet sees the consolidation of TNPA in the Eastern Cape as an important contributor to the revival of that province’s economy, as it increases the ease of doing business,” Silinga added.

He noted that TNPA has embarked on a consultation process with staff and organised labour, with a view to completing the move by March 31, 2021. He did not mention consultation with organised business.

“This decision was taken nationally without full consultation with all stakeholders. The Port of Durban needs all hands on deck and first-hand attention by the most senior TNPA officials. This decision is regrettable,” he said.

Saasoa chairman Malte Karsten tells Moneyweb that Durban should have been TNPA’s logical choice, especially considering that Transnet Port Terminal’s head office and the Ports Regulator of South Africa is based in the city.

“Strategically, I believe it [Port of Ngqura] is the wrong place for TNPA to be based…. But they have overinvested in the Eastern Cape and are not using their assets. Hopefully the anticipated saving of R25 million a year will materialise,” Karsten said.

Moneyweb sent a list of follow-up questions to TNPA regarding the move. However, most were unanswered, including the concerns around a lack of consultation raised by industry bodies in Durban.

“TNPA is consolidating its head offices currently located in two leased building in Johannesburg [Parktown] and Durban [Kingsmead] into one office in Ngqura,” Silinga reiterated.

He said the move involves the relocation of 221 head office employees.

“Change of any kind is challenging with people naturally reacting differently to matters, and this relocation is no exception. Some employees have indicated their readiness to relocate as soon as possible, whilst others require more time to process,” he noted.

“Support through the Transnet Employee Assistance programme is made available to all the employees. Transnet has a Relocation and Transfer policy which assists employees on matters of relocation and transfers,” he added.

Worth noting is that Silinga, who last year was appointed CEO of TNPA, hails from the Eastern Cape as the former CEO of the Coega Development Corporation. Some TNPA staffers and shipping industry insiders believe that Silinga is behind the port authority’s head office move to Port of Ngqura, which is part of the Coega Industrial Development Zone.

Meanwhile, the Nelson Mandela Bay Business Chamber has wholeheartedly welcomed the head office move to the metro, saying it has the potential to set off many economic spinoffs for the province.

“The move is long overdue, and we applaud the increased speed of implementation, as it is indeed not a new decision,” says Chamber CEO, Nomkhita Mona.

“This a delayed implementation of a decision taken over a decade ago, culminating in the building of the infrastructure that is now ready to host the staff.  This delay in itself has had huge opportunity costs for the region,” she adds.

“The Eastern Cape is always desirous of receiving its fair and equitable share of any projects and programmes to boost economic development throughout the country. It is common cause that the Eastern Cape faces serious challenges, including high unemployment rates, inequality and poverty,” she notes.

“As the business chamber, our focus is not to go toe-to-toe with our counterparts, as we believe in the one-country SA concept.  However, we are certain that, if we were to request TNPA and other state-owned companies to disclose all investments they have made in other cities and/or provinces around the country, the results would be telling. That exercise would expose the levels of inequities meted out to the Eastern Cape over time,” she says.

And everyone is now “horrified” ne.

Advance the inevitable and get it over already. Put the goats and cows in tomorrow

The real – and unanswered – question is who owns the eMendi building and who the contractors were that built it.

Continued arrogant waste of taxpayers money by the corrupt ANC.

The dance of the idiots.

Dumbest move I ever saw.

In this day of internet, Zoom etc the world is a small place.

As usual with this type of thing some cadre is making a bundle. Like moving parliament who stands to gain.

If they want to cut costs reduce staff, get more efficient.