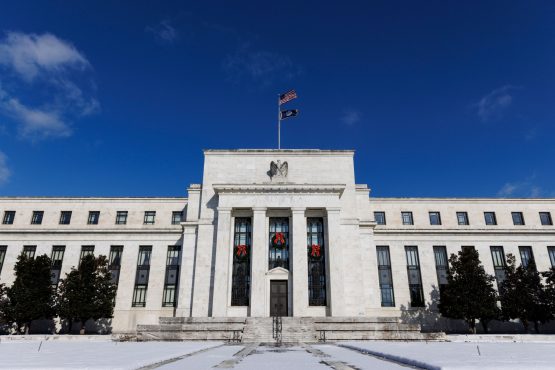 Treasury yields rebounded on Wednesday after US consumer price data showed the pace of inflation slowed in April but perhaps has not peaked as prices rose more than economists expected and ensured the Federal Reserve will keep monetary policy tight.

The Labour Department said the consumer price index (CPI) rose 0.3% last month, the smallest gain since August, while on an annual basis it rose 8.3%, less than the year-over-year 8.5% pace in March but more than analysts’ 8.1% forecast.

The yield on 10-year Treasury notes rose 3.1 basis points to 3.025%, while the two-year note’s yield, which often reflects the Fed rate outlook, hit a more than three-year high of 2.858%.

“The data was hotter than expected, and markets turned on it,” said Brian Dorst, senior trader at Themis Trading.

“The Fed will stay the course because the estimates aren’t that far off. It’s not extremely shocking, but it shows that inflation is very much front and centre.”

The Fed last week raised its policy rate by half a percentage point, the biggest hike in 22 years, after it started raising rates in March when it took an aggressive stance on inflation.

“We should not assume that the Federal Reserve will be able to control inflation,” Davis said in an email. “If the Fed is too aggressive with its efforts to slow inflation, they might end up hurting the overall economy and the jobs market.”

Treasury yields had fallen before the CPI was released from Monday’s highs that pushed the 10-year note to a peak last seen in November 2018.

A closely watched part of the US Treasury yield curve measuring the gap between yields on two- and 10-year Treasury notes, seen as an indicator of economic expectations, was at 31.8 basis points.

The breakeven rate on five-year US Treasury Inflation-Protected Securities (TIPS) rose to 2.97% after closing at 2.921% on Tuesday.

The 10-year TIPS breakeven rate was last at 2.674%, indicating the market sees inflation averaging about 2.7% a year for the next decade.

The US dollar five years forward inflation-linked swap, seen by some as a better gauge of inflation expectations due to possible distortions caused by the Fed’s quantitative easing, was last at 2.577%.