The trend of households switching from two sedans to one SUV, as an example, is expected to continue. Image: Moneyweb

Used cars prices have risen significantly, as hard-pressed consumers try to take advantage of the wide differential between the price of new and used vehicles caused by the recent sharp depreciation of the rand.

TransUnion Africa auto information solutions vice president Kriben Reddy said the rate of increase in used vehicle prices rose dramatically in the second quarter (Q2) of 2021 to 4.9%, from 1.6% in Q2 of 2020.

Reddy said the rate of increase in used car prices is expected to surpass that of new vehicles this year.

TransUnion’s vehicle price index measures the relationship between the increase in vehicle pricing for new and used vehicles from a basket of passenger vehicles which incorporates 15 top volume manufacturers.

Azar Jammine, chief economist at Econometrix, said the increase in both new and used vehicle prices “is not entirely surprising” but stressed that even the 4.9% increase in used car prices is not particularly high.

Impact of the rand

Jammine said the depreciation of the rand at one point last year must have had a big impact on vehicle pricing and the fact that vehicle price increases are as low as they are is an indication of the inability of manufacturers to increase their prices as much as required to recoup their margins.

He said used vehicles are not as susceptible to currency movements as new vehicles because they are being acquired “so many years down the line”.

However, Jammine said the increasing demand for used vehicles relative to new vehicles is as a result of tight economic conditions, which is enabling the suppliers of used vehicles to increase prices a little more steeply than was the case some months ago.

TransUnion added that while new vehicle finance deals increased year-on-year by 52% in Q2 of 2021, the number of deals for used vehicles increased by 70% in the same period.

The volume of both new and used finance deals in Q2 of 2020 was significantly depressed by the five-week hard lockdown that commenced from March 27, 2020.

National Automobile Dealers Association (Nada) chair Mark Dommisse said there has been very strong pricing in the used car market this year, especially in Q1 and towards the end of Q2.

Dommisse attributed this to a shortage of quality used car stock and the huge increase in pricing on new cars because of the depreciation in the value of the rand.

He said used cars are very well priced, while new car prices have increased by 10% to 15% since the 2020 Covid-19 lockdown period.

“Used cars have been a very good purchase for consumers because the pricing relative to new cars has been outstanding, especially in the medium- to premium segments,” he said.

Dommisse said a new high-end premium vehicle, for example, can now cost about R2.5 million whereas consumers can get an about R1 million discount on the price of a two-and-a-half-year-old model of the same car or R600 000 to R700 000 discount on a one-year-old model.

However, Dommisse said the used car market has bottomed out a bit and is not as strong as it was because of the recent unrest and looting.

“I don’t think the used car market is going to continue on the same route as in the last six months, but it will still be strong,” he said.

Reddy said that while the macro economic outlook had been improving at the time TransUnion compiled its vehicle price index report, consumer confidence remains low.

He said TransUnion knows from its Consumer Pulse studies that household finances remain under pressure, which is impacting consumers’ disposable income.

“We’re seeing the impact of this clearly reflected in the car market, as consumers look for more affordable options,” he said.

“Overall, the market has shown signs of recovery from last year, but new obstacles await.

“The next six months will be interesting for the automotive sector as the effects of consumer uncertainty and disrupted supply chains will inevitably delay purchases, which will cause dealers to rethink their approaches and seek alternative streams of income,” he said.

Reddy attributed this to ongoing price increases which have pushed many new vehicles over the R300 000 price point.

“There is also a growing trend of consumers downgrading from a two-car household and opting for one slightly more expensive vehicle, for example, trading two sedans for one SUV [sport utility vehicle].

“This is expected to continue in the upcoming months as vehicle prices increase in real terms,” he said.

“This indicates consumers are opting for older vehicles, as pressure on disposable income increases.”

The way Mark speaks casually about a R2.5 million Rand car, clearly out of touch with the reality for most people in the country.

I’m not sure if this is true… I recently purchased an almost new vehicle myself. I considered it a really good deal as it had R35K off the price of a new one but only had 2,000kms on the clock and was listed as a 2021 model. I still waffled about it for some time, under the circumstances, and when I checked on it a bit later was quite surprised that it hadn’t sold. I eventually persuaded myself that it was too good an opportunity to pass up. I will say it makes absolutely no sense to buy a brand-new car. You will always do better with a used one.

Sounds like a fair deal 🙂 What did you get for yourself Dr Gonzo?

It was a Suzuki Swift Sport, which I consider a real sleeper bargain if you find one at the right price. All the bells and whistles and a fun drive with plenty of voomah when you need it. All for under R300K!

Congratulations, on acquiring a classic red Chevrolet Impala (as depicted in the 1998 movie “Fear and Loathing in Las Vegas”)

Paying 35 below MRSP. On a suzuki. Lol. No one pays the list price. You could have got a actually new one. For less. Comparing it to the listed price is fooling yourself.

Please introduce me to the dealer who will discount a new car to the tune of R35K as I have yet to meet any. I assume that’s what you’re saying, bit hard to interpret your ‘typing’.

“Used car prices went up” is what they say when you want to buy. When it comes to selling they give you long stories about how bad the market is and that they won’t make even a cent on your car at the price they offer…

It is hard always being a victim? You could, you know, sell it yourself.

You can get a 2019 Renault Captur Auto with 18,000 on the clock for R250.000 with the balance of a 3 year warranty. Leather heated seats, every bell and whistle that you pay a fortune for in a BMW at three times the price. I’ve got one and it’s the best.

Been driving it since 2015 …. I take it you drive a BMW? Phew, as a vegan I’m so pleased that the dealer lied to me and that I have faux leather seats!

Welcome back Bib/Bibby. What took you so long? 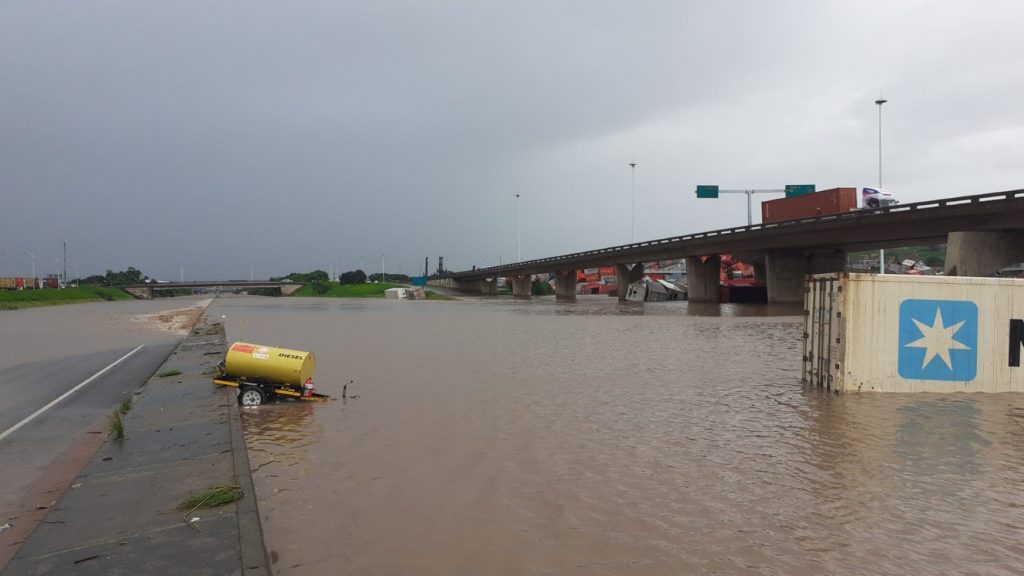 What’s behind record floods across the Southern Hemisphere?