We survived the budget, now for the really big questions 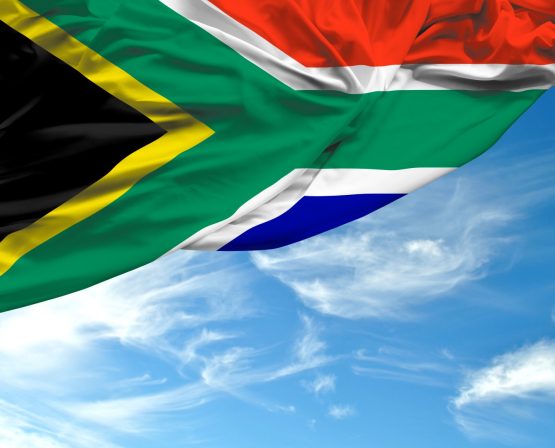 It is time for various political parties and other role players to come together to decide on the way forward for SA's economy. Picture: Shutterstock

The positive reaction of markets and the ratings agencies to last week’s budget makes it clear that there is a sense that the finance minister has done enough to steady government’s financial position. Even the director general at National Treasury, Dondo Mogajane, has admitted that what was presented at the October Medium Term Budget Policy Statement last October was “scary”.

While the VAT hike may be painful, it has at least ensured that there will be some consolidation. A lot of pressure has been lifted, and government should now be able to stabilise its debt.

This is, however, only solving the immediate problem. The longer term, and ultimately far more serious issue, for government is to stimulate sustainable economic growth.

“The answer is growth, nothing else,” Mogajane told a panel discussion hosted by 10X Investments and Daily Maverick last week. “The basic relationship is that growth equals more revenue, equals enough for service delivery, enough for higher education, and you don’t have to borrow R160 billion every year like we are doing now.”

To ensure the future of this country, however, growth on its own is not enough. The nature of that growth is critical.

“Some people call it empty rhetoric, but inclusive growth or radical economic transformation is necessary,” said Mogajane. “We have to change the patterns of ownership of production, and black people have to be involved. There’s nothing racist about this statement. It’s a fact. And I think society must accept that it has to happen, and should have happened a long time ago.”

It was telling that Konrad Reuss, the MD for sub-Saharan Africa for S&P Global Ratings agreed with him.

“One lesson many of us have learnt was that when we had much higher growth rates in 2000 to 2005, it wasn’t a very inclusive growth,” he said. “If we were to get back to the growth path of 2% or 3% plus, it has to be more inclusive, more just and more equal.”

The challenge for government is providing clarity on how this is going to happen. While it has put together and adopted a number of economic policies, some of them are contradictory, and in places even unreconcilable.

The leader of the UDM, Bantu Holomisa, argued that the only way to establish a sustainable path for the country’s economy is through what he called an ‘economic CODESA’. Opposition parties are already in discussions around what this would look like, and President Cyril Ramaphosa’s desire to establish a number of summits to address key issues may support this idea.

One of the most important issues that will have to be resolved is South Africa’s uneven land ownership patterns. The ANC has adopted a policy of expropriation without compensation, but that is inherently problematic. Who will the land be taken from, who will it be given to, and what will be done to ensure that it is productive?

Read: What happens if SA expropriates land without compensation?

It’s unfortunate that the question of expropriation without compensation has come to dominate the land debate, because it tends to over-simplify what is a very complex issue. And resolving it is something that all opposition parties actually agree is essential.

“Land is absolutely critical,” said DA MP Alf Lees. “We have to deal with it. To suggest that we now have to talk about whether we should or shouldn’t, there’s no time for that.”

He pointed out that the Constitution has always allowed for the land issue to be dealt with. However, it has never been properly used.

“Every day that goes past, just makes the situation more intractable,” he added. “You now have King Zwelithini in KwaZulu-Natal taking a very hard stance, for instance, but if we’d dealt with this 20 years ago, surely we would have found a way through the quagmire easier than we can now.”

Holomisa said that addressing the land issue at an economic CODESA would allow for all points of view to be properly aired.

“At the moment the DA has a position on land, the EFF has a different position, and the king of Zulus says you can’t take a piece of land from here, so rather let them come together under one roof and say actually we must look after South Africa first and its people,” said Holomisa. “We are not just going to protect a certain tribe, a certain class, or a certain population. We need to emerge out of that indaba with some form of consensus, otherwise we are marching to a second revolution.”

“Some people call it empty rhetoric, but inclusive growth or radical economic transformation is necessary,” said Mogajane. “We have to change the patterns of ownership of production, and black people have to be involved. There’s nothing racist about this statement. It’s a fact. And I think society must accept that it has to happen, and should have happened a long time ago.”

Sure, but do it by enabling black people, and not taking away from others. Doing anything else will not result in growth, just stagnation or decline.

There is no denying that the country cannot grow economically if half the country is not doing any work/sitting without work. Yes, enablement is key here and the only way to do it is through education, and again, not tertiary education. The whole education system needs to be re-hauled with a key focus on ground-phase teaching (3 years old to 9 years). It is in this phase where the groundwork is done for students to develop mathematical skills, reasoning skills as well as physical skills. The feesmustfall movement is crucial, but focused on the wrong area.

The irony of it all is, if all the rhetoric and policy uncertainty went away, the poor would benefit the most.

Far too early and premature to claim anyone “survived” the budget.
Fallout from the higher fuel levy and VAT hasn’t even begun!