What the rise of racial nationalism means for SA 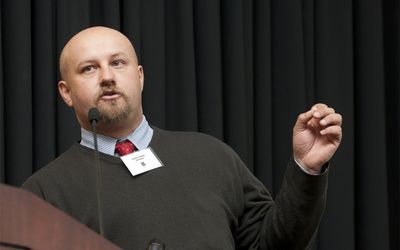 One of the key markers we used in the Time Traveller scenarios, to indicate South Africa’s long-term trajectory, was whether or not the country would see a great upsurge of racial nationalism. Events of the past few months around the #RhodesMustFall movement is the surest sign yet that racial-nationalistic fervour is making a powerful comeback in South African politics. The results, we predicted, would be terrible.

In April 2014, the Institute of Race Relations (IRR) released a new set of scenarios for South Africa in a book titled A Time Travellers Guide to Our Next 10 Years (Tafelberg, 2014). The book described the world South Africans would wake up to the morning after the 2024 election.

In both of our best base scenarios of the Wide Road (a popular mandate for policy reform leading to higher growth and employment levels) and the Narrow Road (a unilateral forced policy reform movement securing the same economic results) the rise of black nationalism never featured.

The reason is that in both those scenarios South Africa would adopt the policy shifts necessary to better meet the unmet expectations of poor and young people. Improved educational outcomes, secure property rights, and rising levels of foreign and domestic investment would drive considerably higher levels of economic growth and hence both entrepreneurship and job creation. Such jobs would allow poor young people to meet their increasing expectations. As they climbed various corporate and living standard ladders their attention would be directed away from reckless and destructive political activity.

In both these latter scenarios the South African economy would perform very poorly. The economy would stagnate in the Toll Road and deteriorate sharply in the Rocky Road. Declining investment levels, and weak educational outcomes, would mean that poor young black people could never access the jobs necessary to give them a degree of control over their future living standards. However, access to social media, together with South Africa’s relatively free political climate, would see those same young people turn to ever more angry forms of protest to register their social and economic frustrations.

That protest action would become the incubator for a growing racial nationalism which would reject Western influences in South Africa. Anti-Western sentiment would in turn come to be reflected by prominent black opinion formers, journalists, civil society leaders, and editors. Such sentiment would demand far greater State driven efforts at ‘transformation’. In the Toll Road scenario the State would largely ignore the substance of these demands – a mistake that would in turn drive the ANC’s 2024 political defeat.

In the Rocky Road scenario the State would seek to exploit nationalistic fervour as a cover to destroy democratic institutions with a view to securing long term political control of South Africa. Prominent ANC leaders would echo the calls of the nationalist protest leaders. They would justify far harsher clampdowns on private enterprise, property rights, and democratic freedoms as somehow necessary to overcome colonial driven inequalities in South Africa.

In fact from page 187 of the ‘A Time Travellers Guide …’ we got very close to describing the movement that started at the University of Cape Town when we wrote, “as unemployment and inequality increased so did the impatience of South Africa’s young people which spurred new brand of political and economic radicalism… accompanied by a virulent racial nationalism”.

We suggested that the government and opinion formers would join the fervour, writing on page 191 that “the government’s calls… won much support from the left-leaning media, some trade unions, and many civil society organisations… that favoured a powerful redistributionist state”.

The ensuing economic decline, we suggested on page 192, would be exploited by the government to justify even more draconian economic interventions writing: “The state took swift action against those it blamed for ‘sabotaging the economy’. As growth tumbled and inflation rose, ever more interventionist economic policies were proposed. More land was seized for redistribution on the grounds that white farmers were causing food shortages and price increases.”

The consequences, we wrote, would be devastating, “calamity turned into farce as the government wiped out all the progress made during the first 20 years of democracy. As the world looked on in awe, and South Africans in horror, the country saw its economy go into a tailspin. Investment flows were non-existent. The rand had lost more than half of its value, and was still tumbling. Inflation was climbing exponentially. Tax receipts had plummeted, and debt and deficit levels effectively curtailed the ability of the government to implement any of its policies”.

As a consequence of the economic tailspin we suggested that levels of anti-government protest action, by poor communities and leftist activists alike, would escalate quickly “despite the fact that many activists, especially in civil society, had initially endorsed the ANC’s leftward economic policy shifts, while a number of media commentators had endorsed the racial nationalism that lay at the centre of South Africa’s economic demise”.

Now fearing for its political future we wrote that the State would take the short step from draconian economic interventions to draconian political interventions. For example on page 195 we warned that “[the] Police acted ruthlessly to stamp out street protests, and protest leaders were arrested”, and that “journalists could no longer freely report on corruption and maladministration, and those who did suffered unpleasant visits from the police and intelligence agencies… appeals to the courts for protection against arbitrary state action began to fail”.

Our conclusion was that the rise of rampant racial nationalism would lead South Africa into a scenario where, “in what would have seemed almost unthinkable a decade previously, South Africa became a façade democracy with an authoritarian ruling party presiding over a mismanaged and crashing economy. Worse still, citizens had only limited means of resistance as the media were cowed, civil society had no resources, the independence of the judiciary had been undermined, and the private sector bent to the will of the state”.

Unchecked this is where the racial nationalism of the #RhodesMustFall movement will take us.

Frans Cronje is CEO of the IRR. He can be reached at ceo@sairr.org.za.

Nationalism in any shape or form is a cancer that should be eliminated.

“in what would have seemed almost unthinkable a decade previously, South Africa became a façade democracy with an authoritarian ruling party presiding over a mismanaged and crashing economy. Worse still, citizens had only limited means of resistance as the media were cowed, civil society had no resources, the independence of the judiciary had been undermined, and the private sector bent to the will of the state”.

This is where we are and have been for 15 years.

TRANSFORMATION …..It’s the new and improved nationalism. The improved bit is where you combine nationalism with outright racial persecution and the persecuted are not allowed to even speak up about their kick-in-the-ribs.
Yup, I guess those beatings will continue until morale improves.
How are those BBBEE contributions doing that us persecuted tax cows get to pay each month?
They are not going down the TRANSFORMATION path of good ol’ waste and corruption again are they? Surely not? Or is that just my tired and cynical western perception of reality cropping up again?
Pssst..”Wanna buy a Gauteng school tablet?”

The date 2024 is an election time, however, we are currently traveling very quickly down the Rocky Road scenario. Sure the nationalism aspect has already coming into play as with the farce about the statues.

The one thing that the ANC is very good at diversion away from the real issues. As we have seen in the past week, they drive a protest against institution (Eskom) that is failing because of their own policies, incompetence and cadre deployment policies. To the typical uneducated ANC sheep, this looks like the ANC is opposing something that is damaging the economy and agitating the general population, but because they are uneducated they are unable to understand that it is in fact the ANC protesting against itself.

Current black culture is more orientated around word-of-mouth communication – either through social interaction, or radio or television. This is very easy for the ANC to control and manipulate in a country where native language broadcasts are mostly state-controlled and where the truth about the state of the nation comes at a premium through pay-TV, the internet or print publications.

Also remember that while there are celebrated black academics, it is not in black culture to sit down and read a book to educate yourself. (At least not yet anyway) And so the mis-education of the black nation in South Africa will continue.

In fact, in a rotting ANC that is corrupt with power and wallowing in its gravy, it would be a deadly mistake for them to take the education of the masses seriously. They would not possibly make the same mistake as Uncle Bob did – of education the entire population only for the population to then understand how they were being fleeced and turn on the self-proclaimed saviour who then in turn has to rapidly destroy public institutions and become a militaristic state to cling to power.

The ANC is already destroying public institutions from the inside through Zuma’s connected deployment strategy to avoid traces of how the ANC is plundering and evade any form of recourse. This all being done under the thinly-veiled guise of “rooting out corruption” – ironically by those that are corrupt themselves.

What this comes down to is simply that the writing is on the wall. Anyone who has any shadow of a doubt that South Africa is being destroyed by the ANC should just take a look at the information that has emerged in the past year.

There is no need for you to look back over decades, or compare to pre-1994, or even since Zuma came to power. There are even rumblings from within the ANC about how corrupt they are.

If we were to adopt the current nationalist stance that aligns with racism, we would say “The Whites were right” – and be right.