What to watch in commodities: winners and losers in second half 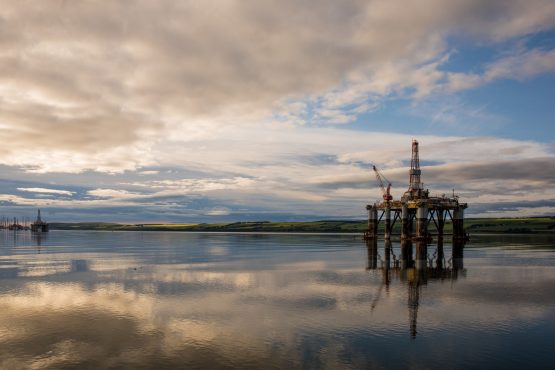 With the second half starting this week, investors are weighing up the outlook for commodities over the balance of the year and trying to identify winners and losers as the coronavirus pandemic rips through the global economy. Following a recovery from lows seen in March and April, What to Watch runs the slide rule over oil, copper, iron ore, gold and others to assess prospects. The mixed picture that emerges suggests being selective is key.

As the coronavirus case count now tops 10 million and deaths exceed 500,000, the deadliest pandemic of the modern era is stronger than ever. The half to come will be marked by the battle for the White House between Donald Trump and Joe Biden, as well as central bank action. China’s trajectory will be critical, with the International Monetary Fund now seeing 1% growth over 2020.

Among set pieces this week that could sway prices, especially of bullion, there are several linked to the Federal Reserve. Chair Jerome Powell testifies before the House Financial Services Committee on Tuesday, and Federal Open Market Committee minutes are released the next day. US markets will be closed on Friday to observe the Independence Day holiday.

Oil saw the most turbulent period in the market’s history during the first half of 2020: crashing during the brutal OPEC+ price war that erupted in March, sinking further as coronavirus coursed through the world, and then staging a cautious recovery. In the US, traders paid to give their crude away when futures plunged to minus $40 a barrel in April, then watched the market swing to plus-$40 two months later. The second half will hinge on whether the post-lockdown revival in fuel consumption persists or gets derailed by a resurgence in infections. It will also be dominated by supply: to clear the billion-barrel glut of inventories that coalesced during the slump, OPEC and its partners will need to show enough discipline in keeping output restrained. And their efforts could be scuppered if their rivals in the US shale patch, who’re already resuming operations, once again prove resilient in the face of adversity.

Haven on a High

Gold was the stand-out winner in the first half, rallying 17% and hitting the highest level in more than seven years, and it’s widely expected to add to gains through to the year-end. The global health crisis prompted a sustained flight to havens amid unlimited quantitative easing led by the Federal Reserve. Holdings in bullion-backed exchange-traded funds have swelled to a record, with net inflows of more than 600 tons already dwarfing last year’s additions. While investment demand remains robust amid negative real US interest rates, physical consumption has been dented and the recovery is expected to be slow. Still, Australia & New Zealand Banking Group Ltd. says prices may hit a record above $1,900 an ounce in the second half and Goldman Sachs Group Inc. sees $2,000 over 12 months. There is some caution, though: Capital Economics Ltd. expects prices to ease as haven demand ebbs, and UBS Group AG is “skeptical of a sustained move toward fresh record highs for now.”

Copper has rallied by a third in London from a March low and is set for the best quarter since 2010. Even with signs of a resurgence in virus cases rattling markets, analysts say there’s more room to run. Among them, Jefferies LLC says the market “has been undersupplied despite lockdowns.” On the supply side, last week saw more Covid-related disruptions, with Codelco halting smelting at Chuquicamata in a move that helped prices briefly top $6,000. Many mines are still operating with reduced staff amid the pandemic, inventories are falling and scrap is scarce. The tight supplies are coming alongside stimulus measures globally and improving demand in top consumer China. That’s all helping make the industrial metal used in everything from automobiles to electronics a favorite among analysts including those at Goldman, Bank of America Corp. and Morgan Stanley.

Iron ore’s trajectory in 2020 is shaping up to look like 2019’s roller-coaster ride, when prices soared in the first half driven by disruptions in Brazil before easing off in the second. Despite the pandemic and global recession that’s roiled the prices of most industrial commodities, iron ore pushed well above $100 a ton this year on supply glitches coupled with robust demand in China, where steel output is at a record. Now the tide’s seen turning. 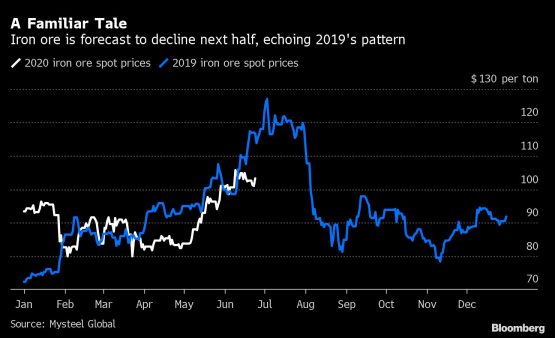 Morgan Stanley predicts a return to a surplus next half as Vale SA revives supplies, prompting prices to fall back to average $80 in the final quarter. The bank — whose view is similar to other recent forecasts — put iron ore close to the bottom of its preferences for the half. Investors will track Brazil’s coronavirus outbreak in case that hurts mine output, as well as port holdings in China, and flows from Rio Tinto Group and BHP Group in Australia.

Dark Clouds, Then a Silver Lining

The bankruptcy of Chesapeake Energy Corp. throws natural gas’s bad year into painfully sharp relief, and things could get worse before they get better. The cleanest-burning fossil fuel has endured a brutal first half in just about every corner of the world as the pandemic sapped demand from power plants just as a wave of new supply hit the market. That’s pushing storied names including Chesapeake over the edge, and wreaking havoc for US firms eager to join the shale export game, like Tellurian Inc. and NextDecade Corp. The good news is that the start of the northern hemisphere winter is just a few months away, when home heating drives a surge in demand. Unfortunately, that timeline is the bad news too as storage capacity in Europe is already 78% full and analysts have flagged the risk of running out of space, potentially sending prices toward zero or below. While producers from the US to Malaysia are expected to continue curbing supplies until the market is balanced, Qatar has said that it aims to keep exporting even in a low-price environment.

While parts of Europe’s grain belt were hit by drought this year, growing conditions have been stellar in many crop-producing regions of the world. Global wheat supplies are forecast to reach an all-time high and the US is expected to reap a record-large corn crop. With the coronavirus still limiting economic activity, the bountiful harvests should have supplies outpacing demand — and Chicago corn and wheat futures have been easing on that expectation. 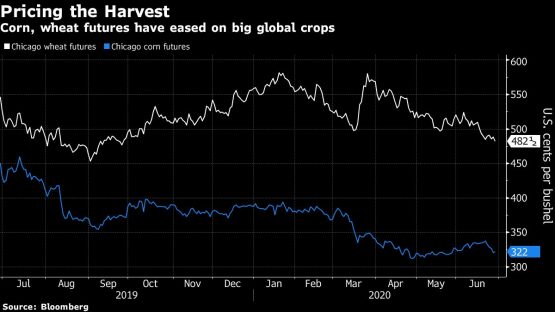 Canceled sporting events, fewer car trips and slow-recovering restaurants have all hit demand for flour, animal feed and grain-based biofuel. With uncertainty mounting over the pace of recovery from the coronavirus in the second half, growers are waiting to see whether they should scale back plans for plantings next year. 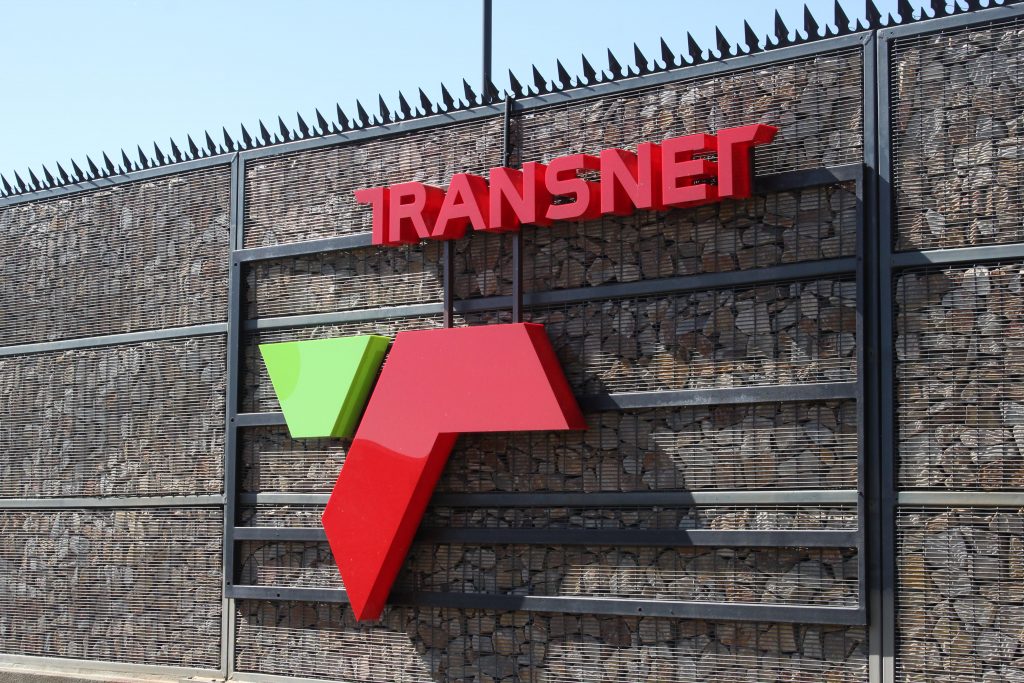