When facing an economic crisis, the Fed’s playbook normally skews toward juicing the economy too much rather than too little.
By Stephanie Flanders and Michael Sasso, Bloomberg 20 Jan 2022  13:17 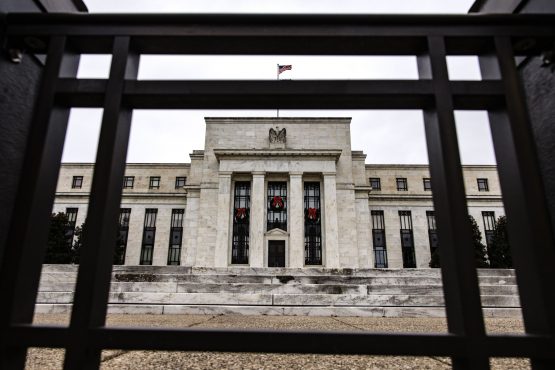 When facing an economic crisis, the Fed’s playbook normally skews toward juicing the economy too much rather than too little. After all, in the last go-round in 2007, being too stingy might have helped trigger a depression. Fifteen years later though, America’s central bankers face the opposite problem: they need to move fast to cool inflation.

That’s one of the takeaways from a panel discussion among economists this week, moderated by Bloomberg Economics Senior Executive Editor Stephanie Flanders. With US inflation at 7%, the Fed needs to do more than expected, said Bill Dudley, a former president of the New York Federal Reserve Bank and senior adviser to Bloomberg Economics. Dramatically raising interest rates by a half-point in March is worth a look, Dudley said, though unlikely to happen.

Meantime, Bloomberg chief US economist Anna Wong explains why US workers, who’ve gone missing lately, are likely to rejoin the labour force soon. And, chief global economist Tom Orlik shares why President Xi Jinping isn’t about to let China’s economy implode while he seeks to cement lifetime power. Finally, on a lighter note, reporter David Hood shares everyone’s frustrations with the Internal Revenue Service, where customer service is so bad that some tax professionals are hiring robots to wait in line for them.

The same Fed whose task it was to create the inflation, is now responsible for fighting that inflation. The reality is that only a Reserve Bank, together with the fractional reserve baking system, can create inflation. Price inflation can only result from inflating the money supply. Inflation is the symptom of the devaluation of the medium of exchange, the bastardization of the store of value, and a shrinking of the unit of account.

Therefore, a Reserve Bank is a central planning government monopoly that supports government spending programs with the inflation tax, by creating the maximum rate of inflation that is politically acceptable. Covid and climate change provided a convenient political motivation for higher inflation. These human constructs are simply a handy excuse for financial repression.

In effect, the small people, who are scared by covid and climate change, pay the price through the loss of purchasing power of their salaries or grants.

“Financial repression comprises “policies that result in savers earning returns below the rate of inflation” to allow banks to “provide cheap loans to companies and governments, reducing the burden of repayments.” It can be particularly effective at liquidating government debt denominated in domestic currency”. Wikipedia