Why the Reserve Bank is changing its tune 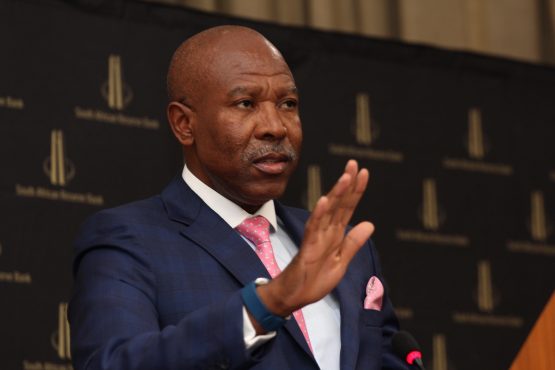 Unofficially, there has been a subtle yet distinct change in tone from governor Lesetja Kganyago (pictured) about the Sarb’s inflation targets in recent months. Picture: Moneyweb

For almost a decade, the South African Reserve Bank (Sarb) has used an inflation target range of 3% to 6%.

Officially, this target remains in place and is central to its effort to protect the value of the currency in the interest of sustainable economic growth.

Unofficially, there has been a subtle yet distinct change in tone from governor Lesetja Kganyago about Sarb’s inflation targets in recent months.

In a speech delivered at its annual general meeting in July, Kganyago highlighted that monetary policy had been successful in achieving its objective of keeping inflation within the target range of 3% to 6%, but said the Monetary Policy Committee (MPC) would “react should there be second-round effects that take inflation significantly away from the midpoint of the target range”.

The comment echoes the sentiment the governor expressed at the March MPC meeting: “While these developments [lower inflation forecasts] are welcome, the MPC would prefer to see inflation expectations anchored closer to the midpoint of the target band.”

Professor Jannie Rossouw, head of the School of Economic and Business Sciences at Wits, says under Kganyago’s leadership there has been a subtle shift from focusing on the entire target band to the midpoint of 4.5%.

The fact that Kganyago explicitly mentioned this in his address at the recent shareholders meeting sends a clear message around the Sarb’s policy, he adds.

This suggests that the Sarb is – albeit unofficially – targeting inflation of around 4.5%.

Johann Els, head of economic research at Old Mutual Investment Group, says eventually there may be an official change in the target regime. For now this thinking will filter through to its interest rate decision.

“They realise they can’t hike interest rates now,” Els says. “That is why their statements are so hawkish.”

Since the introduction of inflation targets, the top end of the target band – 6% – has unfortunately become the anchor around which consumers base their inflation expectations, Rossouw says. The Sarb wants to lower this anchor closer to 4.5%.

But what could have informed the unofficial policy shift? Particularly since the Sarb has been fairly successful in keeping inflation in check?

A possible explanation may be that CPI inflation has remained largely inside the target band of 3% to 6% between 2011 and 2016, even though the rand weakened substantially over the period (see graph below). Els says this was an abnormal period. One would usually expect inflation to accelerate when the currency weakens that significantly, but due to economic weakness the passthrough was limited.

The Sarb may be worried that this unusual period was an isolated incident, and that any future shocks could lead to higher inflation, particularly if the economy is stronger, the pricing power of companies returns and they start passing through more currency cost effects.

“They are worried about that, so they want to drive inflation expectations lower, because it is not only about the consumer, but also about businesses,” Els says.

The move seems to be in line with global trends. Some central banks have moved away from targeting ranges to point targets. While some show tolerance around the point target, others just target a specific inflation point.

But Els warns that it may be a policy error to move towards an inflation target of 4.5% in the short term, since the economy remains very weak. The Sarb cannot risk hiking rates against the background of economic weakness and the midpoint target will have to be a medium-term goal.

“To drive inflation permanently to 4.5% over too short a term will mean they have to hike rates in a period when the economy is weak. I hope they realised that. That will be a policy error, because economic reforms are easier when things are going well and if we were to go into a serious sustainable recession or downswing, it won’t be as easy to implement policy changes.”

CPI inflation accelerated to 4.6% in June, up from 4.4% in May. In its July MPC statement, Kganyago warned that headline inflation would likely increase in the period ahead and that it was expected to peak closer to the upper end of the target range.

All bets are off once we go to Junk and we WILL!! Sad that they let that Zuma guy take down a country AND he goes home every night

Rhamposa is doing the economy the same amount of damage, in a much shorter time. I think most south africans don’t realise the effect this EWOC is going to have.

Question Time: Why don’t they try and keep inflation as LOW as possible?

AN honest question. What impact will that have on the economy? I’m just thinking it should be kept really low, but don’t know of the adverse effects (if any). If someone can explain that maybe?

It doesn’t realistically work that way because of external factors that shock the currency or inputs that cannot be addressed through a demand-based interest rate. In SA in particular I find it doesn’t work as well as expected because we have such a volatile currency and no savings that would cushion our currency.

Because rising (or falling) prices does not equate to inflation (or deflation). Inflation is the increase in cash and credit in an economy. Rising prices is the consequence thereof. It’s a consequence of growth.

The official CPIX figures are very suspect.
The available cash in the economy have been declining year on year (through major government corruption and the continuous outflow of capital for offshore investments, company externalizations and importing of food and goods).
Government and SOE debt has sky rocketed whilst all reserves has been depleted.
Cost increases in daily consumer items are due to higher VAT, very expensive fuel, toll road fees, pressure on remuneration adjustments (labour cost), over extended banking charges, inflated interest rates on operational financing credit, rise in overall input costs, high taxation rates, etc – which all resulted in the higher prices of food and general goods.
General consumer price index are closer to an average of 16% per annum.

one problem (and there are a few) is that low inflation also means low interest rates. These are great for borrowers, but bad for savers – essentially, low rates encourage spending/discourage savings. We need savings for capital investments.

Another subtle issue is that monetary policy loses its effectiveness at really low rates. when inflation and rates are below 1.5%, you lose room to stimulate the economy by lowering rates.

4.5% – someone is dreaming. Wait until they sign expropriation, Zim 2.0

It amazes me how liberals overseas are jumping for joy that expropriation is going to happen. Seems everyone forgot what happened in Zimbabwe

Shhh…please keep it under wraps…we don’t want “the markets/foreign liberals” to really know what the long-term impact of EWC might be.

Please, they must shove their money into SA, so that it can keep the ZAR exchange rate where it is now (and not worse), so that YOU & I can have (extended) opportunity to make more direct offshore or Rand-hedge investments.

I suspect we are going to start hitting the top end of that range fairly soon again, the SARB would be crazy to hike rates now. They should be using a quasi quantitative easing programme to get growth back up to the 5% range where it should be.

I think the mean inflation figure in SA over a longer period is around 5.5%, targeting a 1% below that doesn’t really make sense to me.

In any case, the CPI metric is relatively outdated, especially for the middle class where inflation is more like 10% considering medical inflation, consumer goods purchased by that LCM, school fees, security etc.

My salary has not kept pace increasing by a lowly 6% ~ 7% p.a. so I have had to trim costs and there is very little more that I can do short of selling my over-rated property. My vehicles are on average 9 years old … never before have I not replaced a car that is more than 8 years old – but I still consider myself lucky as I have no debt.

I think what the SARB governor is trying to say, is that there is a level of “numbness” in managing interest-rate policy, with a 3-6% range…instead of having a 4,5% midpoint.

It’s like cars: remember the old American or British cars from the Fifties to Seventies…with those excessive STEERING WHEEL PLAY *lol* One can move the steering-wheel an inch or three, without any effect on the front wheels. So if say such a car steers a bit over to the left (i.e. off centre-line), you’ll eventually need to over-compensate steeling to the right…or you’ll run onto the gravel, even with inflation “safely” just under 6%…but is already steering OFF centre.

Hence what the SARB is saying, they need precision-steering like that of a BMW, GTI…where a mere 5mm movement in steering wheel, they can “steer” interest-rate policy more accurately.

(..sorry, I now realise BMW or GTI perhaps may not the best examples of precise steering-input to get the point across…let’s rather state as razor-sharp as an Alfa Romeo Giulia 2.9 QV 😉

Low inflation recently likely due to current economic recession related to internal efficiencies. Rest of world is growing but we’re not.

The sweetspot in SA economy comes with is strong currency, falling interest rates, falling inflation (most of 1994-2007).